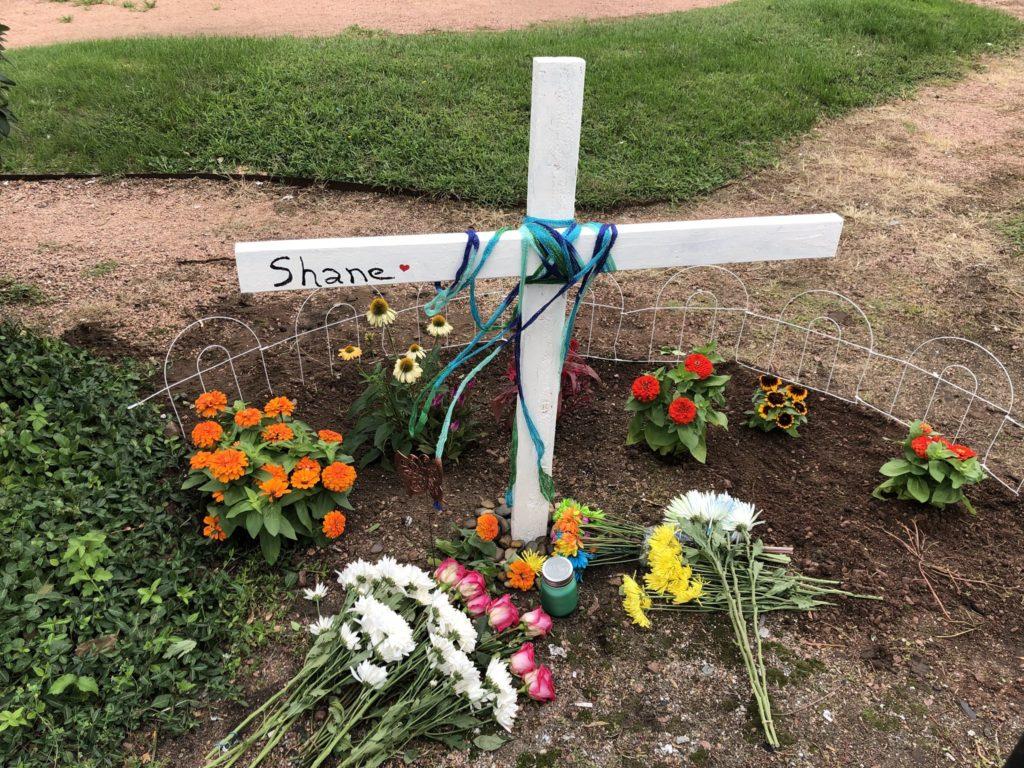 Colombo arrived in Chicago on Sept. 2 to begin his doctorate at Northwestern University. He was walking alone that evening when two men opened fire at each other and killed him in the crossfire.

“It feels like he’s just away still in Chicago. I can still feel the last hug he gave me,” said Colombo’s older brother, Dane Colombo.

He planned to become a psychologist and attended college at SF State and Columbia University in New York. He survived lymphoma at 15 years old and excelled at his studies.

Colombo’s fiancé Vincent Perez remembers him as a go-getter who loved to dance, socialize and help people.

“He was amazing. He was beautiful, he was the most handsome man I ever met,” Perez said.

The two fell in love at SF State and were preparing to live together in Chicago.

Perez recounted the first time they met he “wasn’t prepared to fall in love with him, let alone even talk to him” but they quickly became inseparable.

Colombo’s death compelled Perez to take a stand against gun violence and possibly run for office in Chicago. He believes “access to resources” and addressing why “minorities feel the need to carry a gun” should be a priority.

“I need to live the life we anticipated to have out there,” said Perez. “I need to do something to honor him.”

On Friday, Sept. 7, Colombo’s family offered a $2,000 reward for information on the suspects involved in the shooting. No one has stepped forward yet.

“I shouldn’t have to reward someone to speak out against this injustice,” Perez said. “But being a minority myself, you’re taught to stay silent. And that’s what these communities are also being taught.”

Colombo’s death is just one of the 382 homicides Chicago has experienced this year from the notorious gun violence that has plagued the city for decades, according to Chicago police officer Jessica Rocco.

“We have a sad mix of easy access to guns and an absence of hope. It’s a very toxic combination,” said Illinois state Representative Kelly Cassidy.

Cassidy lives a few blocks away from where Colombo was killed in Rogers Park and is no stranger to Chicago’s gun violence.

“Two years ago, my son was pitching at a baseball game when a shooting broke out across the street and we had to evacuate the park,” Cassidy said.

Colombo was not the first unintended victim in the area either. A drive-by shooting took the life of a 64-year-old schoolteacher in October 2017.

“We went through a three-year budget standoff where we saw these violence prevention, social service and healthcare programs eliminated. The safety net for these people was decimated,” Cassidy said.

Chicago suffered a devastating rise in homicides when 764 people were killed in 2016, an increase of 58 percent from 2015 according to the University of Chicago’s Crime Lab.

The Crime Lab conducts non-partisan research on gun violence and struggled to explain why Chicago experienced such a deadly year.

In a Crime Lab report titled “Gun Violence in Chicago, 2016”, researchers found that that the clearance rate, or “chance of arrest for homicides and shootings”, was not keeping pace with the increase in gun violence.

Crime Lab researchers suggested policy should focus on violence committed in poor neighborhoods where the majority of Chicago’s homicides are carried out by young men with “illegally owned, and perhaps increasingly lethal, firearms.”

The state of Illinois cut funding for its violence prevention programs during a budget crisis in 2015.

An effective program known as Cure Violence was gutted despite reducing Chicago’s shootings by 67 percent in its first year of operation.

The founder of Cure Violence, Dr. Gary Slutkin, blamed the budget cuts for the high homicide rate in 2016. Funding has since returned to the program, which treats gun violence as a contagious disease.

“Government priorities are off,” said Dr. Slutkin. “Chicago has been completely inconsistent.”

For Illinois Council Against Handgun Violence executive director Colleen Daley, the problem is not unique to Chicago.

“Gun violence can happen anywhere, at any time and at any place,” said Daley. “One life is way too many.”

The Chicago Police Department created a community policing program known as the “Chicago Alternative Policing Strategy” in 1992, but critics say this is not enough.

“There is no single policy or simple solution,” Daley said. “If you’ve got parents who are working all the time to keep the lights on and pay the bills, who’s at home for the kids? The streets are there, and the gangs take them in.”