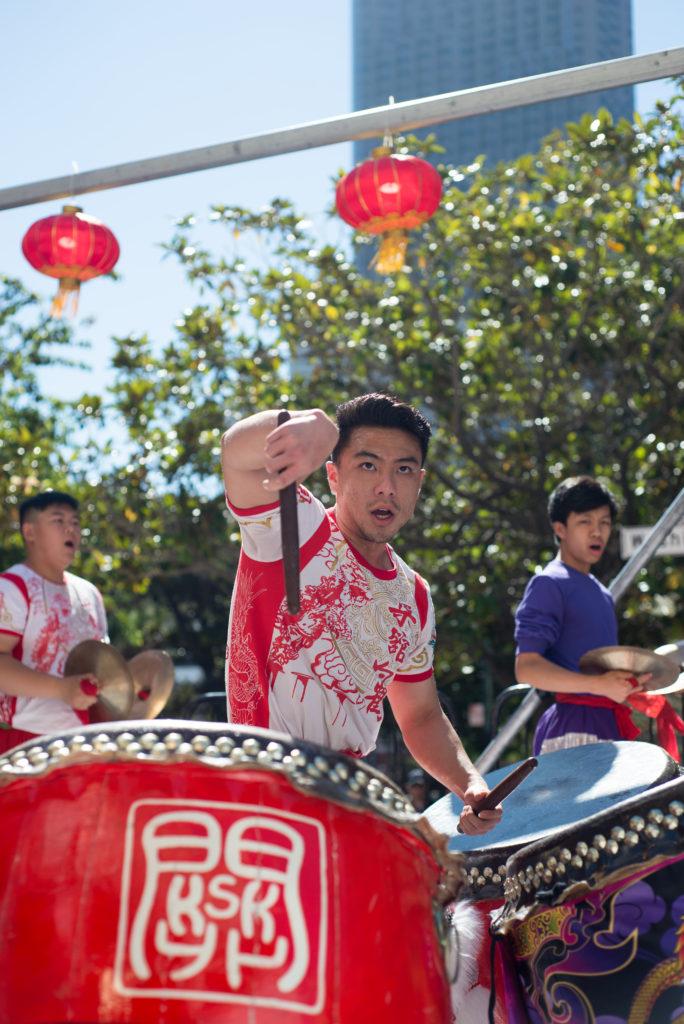 San Francisco’s Chinatown was filled with Cantonese opera music playing over the noise of the crowd as the smell of Chinese food, smoke bombs and the sound of lottery wheels spinning pervaded the streets.

The 2018 Autumn Moon Festival, held on Sept. 15 and 16, invited people from all over the Bay Area for a day on Grant Avenue.

“Autumn Moon Festival is a holiday where everyone gets together and they have dinners and festivals where everyone eats mooncakes,” said Gary Low, the public relations director of Leung’s White Crane Lion and Dragon Dance School.

The White Crane Lion and Dragon Dancing group has been performing at festivals since 1972.

“We perform all Chinese New Year and Autumn Moon functions, grand openings and festivals all around the world,” Low said.

On each of the four street corners of Grant Avenue and Washington Street stand teal light posts with two golden dragons holding up red and golden lanterns with bells hanging off the top.

Tourist shops selling souvenirs and the Buddha Bar and Lounge, which dimly lit the corner at night with pink neon, were open for business.

The sounds of drumbeats echoed down Grant Avenue as people crowded the lion dancers for pictures.

At the intersection of Washington and Grant, Leung’s White Crane Lion and Dragon Dancing group performed a traditional lion dance.

“Lion dancing promotes the culture,” Low said. “And goes back many years. We don’t want this art being lost because it has been going on around the whole world.”

The Autumn Moon Festival has roots in Vietnamese and Chinese cultures.

“The Autumn Moon Festival is supposed to be celebrated at a time in the eighth month when the moon is at its brightest so its on a full moon night,” said Chris Wen-Chao Li, SF State professor of modern language and literature.

“My family and I celebrate and it’s when we gather together for dinner,” Fong said.