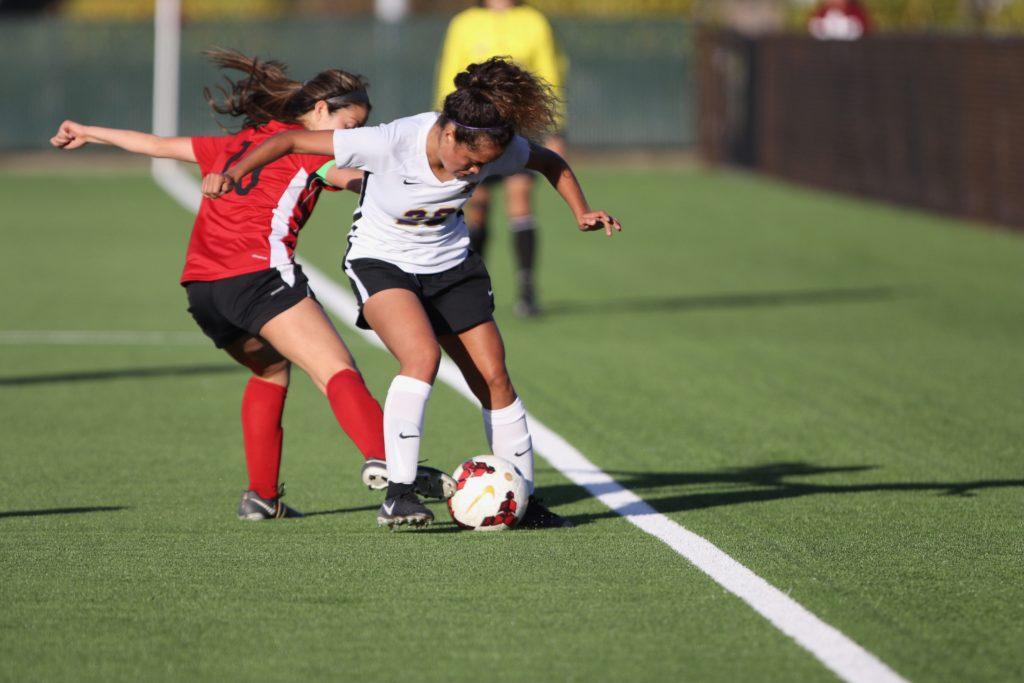 SF State women’s soccer swarmed Holy Names University at Skyline Soccer Field on Wednesday, Sept. 19 in a chippy 1-0 game, missed opportunities by the Gators kept the game much closer than it had to be.

The struggling Gators offense came out shooting right out of the gate, getting 12 shots in the first half while allowing Holy Names to only take a single shot. This is the most amount of shots the Gators has had in a single game this season, according to the box scores on the Official Website of SF State Athletics.

“We were definitely working on being high pressure the whole week,” said defender and captain Kelsie Bozart (5).

The shot barrage got SF State on the scoreboard midway through the first half. Midfielder Monique Ponce (10) scored a goal by capitalizing on the mess created by the slew of bodies that were in front of the Holy Names net.

“We got fouled, and one our teammates, Janessa (10), took the free kick and I was on the wall and I followed the ball and I kicked it into the goal,” Ponce said about the lone goal of the night.

The aggressiveness that SF State came out with only led to a single goal, with many missed chances to put the game out of reach for Holy Names. Holy Names has now lost four straight games after achieving their only win of the season, according to the Holy Names University Athletics website.

“We had a lot of good chances,” said SF State head coach Tracy Hamm. “I think we just need to work on the final pass and finishing.”

The Gators’ pressure finally let up in the last 10 minutes of the contest, and SF State survived a late scare from Holy Names en route to victory, but not without some controversy.

With a minute and 26 seconds left, Holy Names drilled in what would have been a game-tying goal right in front of the Gators net, but the referee did not see the linesman lift a flag. The referee and linesman met, and decided to wipe the goal off the scoreboard.

The Gators went on to preserve the lead and start their first winning streak of the season. Some of the players believe the best of this team is yet to come.

“I think we finally got into the groove of things, I know we came out with a rough start to the beginning of our season,” Bozart said.

“But now we are starting to score a few more goals, and get in a rhythm,” Hamm added.

The Gators will look to continue their winning streak when they take on California State University San Bernardino at Premier Soccer Field on Friday, Sept. 21.