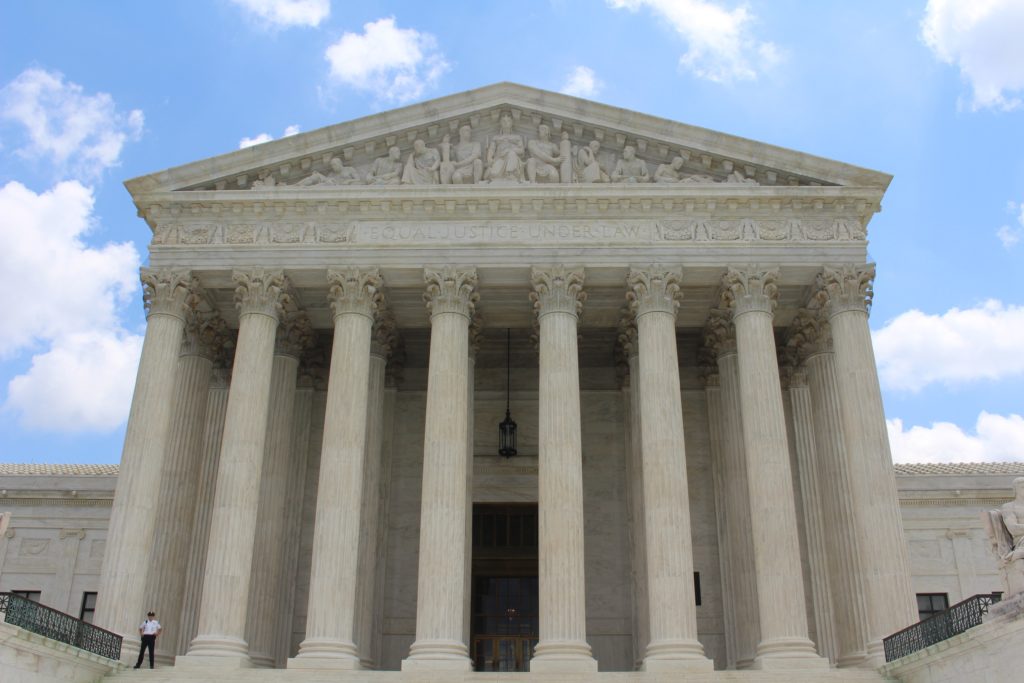 At a suburban high school party in 1982, a man trapped a woman in a room, pinned her to a bed and began drunkenly groping her as he attempted to remove her clothes. He put his hand over her mouth when she tried to scream as his drunk friend watched and egged him on.

This, by no means, is a unique account — but it’s a very important one. The accuser, California university professor Dr. Christine Blasey Ford, publicly came forward about these allegations against Supreme Court nominee Brett Kavanaugh days before a Senate Judiciary Committee meeting was set to vote on his nomination. On Tuesday, Sept. 18, the committee officially canceled it’s Sept. 20 meeting, delaying its vote.

The committee called for a hearing to examine the matter, and Ford — who agreed to testify in a public hearing on Thursday — will inevitably have to stand trial and relive her trauma amid doubts, threats and mockery.

To further stress matters, Deborah Ramirez, 53, came forward in The New Yorker accusing Kavanaugh of sexual misconduct when they were both attending Yale University. According to Ramirez’s account of that night during the 1983-84 school year, Kavanaugh exposed himself at a party and thrusted his penis in her face, touching her with it as she pushed him away.

In light of this recent accusation, Sen. Dianne Feinstein of California called for an “immediate postponement” of any action regarding Kavanaugh’s nomination and for the FBI to investigate both women’s allegations.

This mounting case is significant for several reasons, most of which is that it will signal just how seriously the U.S. Senate and Supreme Court treats allegations of sexual misconduct, especially amongst its own members and nominees. If the Senate Judiciary Committee fails to handle this matter with sensitivity, accuracy and deliberation, we may see a shameful repeat of American history.

In 1991, Anita Hill accused Supreme Court nominee Clarence Thomas of sexual harassment. Hill delivered her testimony before an all white, male Senate Judiciary Committee — a panel that truly didn’t grasp, or care to understand, the seriousness of sexual assaults and the poor character of those who commit them. After a lengthy debate, the U.S. Senate confirmed Thomas to the Supreme Court by a vote of 52-48.

In an opinion piece for the New York Times, Hill, an attorney and professor at Brandeis University, noted the parallels between Thomas’s 1991 confirmation hearing and Kavanaugh’s present hearing, and detailed how the current committee can get this one right.

“To do better, the 2018 Senate Judiciary Committee must demonstrate a clear understanding that sexual violence is a social reality to which elected representatives must respond,” Hill said in her op-ed. “A fair, neutral and well-thought-out course is the only way to approach Dr. Blasey and Judge Kavanaugh’s forthcoming testimony.”

Taking Hill’s guidelines into account, the committee can achieve justice where it had failed 27 years ago. But we’re going to need more than that if we, as a nation, want to take sexual assault allegations seriously and prevent them in the first place. We need to address how men, especially those in power, treat women at home, on the street and in the workplace.

While the #MeToo movement has furthered progress on this issue and begun to shape the cultural lens, there’s still men out there who continue to perpetuate a culture of sexual abuse and harassment. The daily microaggressions perpetrated by men against women — the catcalls, the unwanted touches, the eerie wanton glances — all add up to the insurmountable dread a woman feels any time she’s alone with a strange man. But the perpetrator of more serious sexual misconduct is seldom a stranger.

According to the Rape, Abuse & Incest National Network, seven out of 10 rapes are committed by someone the victim knows, and 45 percent of those known perpetrators are acquaintances, such as classmates, coworkers and bosses.

Not only are Ford’s, Ramirez’s and Hill’s allegations against these men believable, they’re all too common. When men, especially those in positions of power, are accused of sexual assault, they use all their influences to discredit their accusers. The Wall Street Journal’s editorial board sought to refute Ford’s claim in an op-ed by implying that the timing of her allegation (days before Kavanaugh’s confirmation hearing) signifies a “calculated political ambush.” By questioning Ford’s motives, they shifted blame and doubt from Kavanaugh to her in an attempt to invalidate everything she says.

When men work to discredit or make light of women’s serious sexual misconduct allegations — like when Donald Trump Jr. mocked Ford’s claims of attempted rape on his Instagram — it hurts the survivor while also damaging the credibility of women everywhere and their right to live without fear of sexual harassment.

Ultimately, we need men to be allies — to call out your friends when they make a sexist joke, to intervene when you see someone being verbally or physically harassed, and to treat allegations of sexual assault seriously and with care. I hope the members of the Senate Judiciary Committee take at least this last appeal to heart, not just for Ford and Ramirez, but for women everywhere.