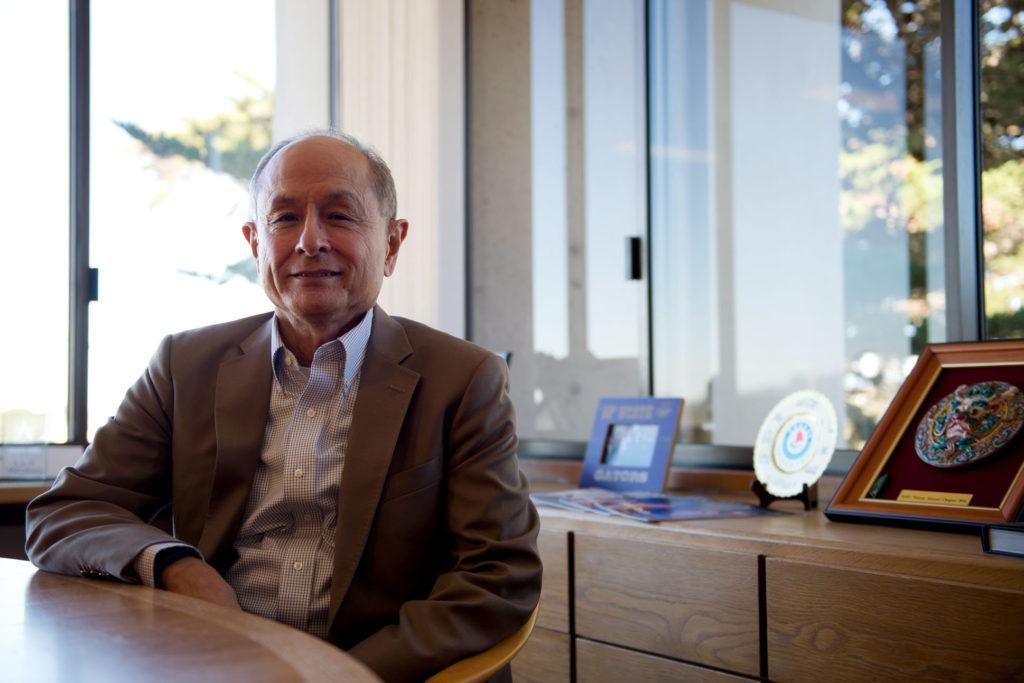 SF State President Leslie Wong shocked students, staff and faculty on Monday morning when he announced that he would be stepping down effective July 30, 2019.

On Monday morning, Oct. 1, Wong appeared alongside his wife in a solemn video announcing his departure without explanation. He was appointed in 2012.

“Today after considerable ongoing discussion with Mrs. Wong, I have decided to step down for the president’s office,” Wong said.

“So far, no one has expressed surprise,” Gerber said. “He’s been here for a long time. For a president, it is not uncommon time to step down after five or six years.”

Wong’s choice of words — “stepping down” — made it initially unclear whether he was resigning or retiring. However, an SF State press release issued later Monday morning clarified that Wong would be retiring after six years at the university.

The mystery around his sudden departure along with a history of conflict at the university led some on campus to reach their own conclusions.

“I guess I would just say that the rumors were that he always felt very embattled here and came against a culture that he didn’t understand that well,” said James Martel, California Faculty Association Chapter President.

He received praise from Jennifer Summit, provost and vice president for academic affairs, for being “a humane and mission-driven leader.”

A university press release noted some of Wong’s achievements, including launching the “Bold Thinking” fundraising campaign, which aims to raise $150 million by December 2020, and leading the first public-private partnership in the Holloway project for retail spaces and student housing.

It was a 10-day student hunger strike in 2016 that led to the creation of the Pacific Islanders Studies. The strike was held to protest drastic cuts to the College of Ethnic Studies, and included 26 demands.

The strike was among several conflicts Wong faced during his reign.

The conflict led Wong to issue an apology last February.

“I want to sincerely apologize for the hurt feelings and anguish my words have caused,” he stated. “Let me be clear: Zionists are welcome on our campus.”

Ollie Benn, executive director for the SF Hillel, a campus Jewish group, said on Monday that he looks forward to better relations with whoever the future president may be.

“We look forward to this opportunity to build further our relationships with the administration, to ensure Jewish students are welcome, included and full participants in campus life,” Benn said.

Wong also walked back a 2014 bid to get $2 million from Coca-Cola and Pepsi in exchange for handing over exclusive rights to sell only their products on campus. In October 2015, the campus revolted, leading Wong to determine that “the evidence was pretty compelling that moving forward with a beverage agreement was not the right decision for our campus.”

After hearing about Wong’s departure on Monday, campus leaders took an optimistic view, expressing hope for the university’s future leadership.

“I am excited to see a selection process that involves students and represents diversity,” said Garrick Wilhelm, Associated Students Inc. vice president of external affairs. “I personally want to see a new president who can create a strong SF State identity that is inclusive of all students.”

California State University Chancellor Timothy P. White said CSU will soon launch a national search for Wong’s successor. Under university policy, White and the chairman of the CSU trustees, Adam Day, will select a committee “made up of various campus stakeholders,” according to a CSU press release.

“Campus and community input will be sought in an open forum held on campus,” the release stated.

It’s unclear how much involvement students and other campus stakeholders will have, however.

According to Gerber, the search for university president is typically a closed process.

“It will be like the other presidential searches in the past,” she said. “We won’t know much until the finalists are announced … until the search is nearly complete.”

An earlier version of this article incorrectly stated that SF Hillel was involved in a lawsuit against SF State University. The campus group was not part of the lawsuit. The Xpress regrets the error.