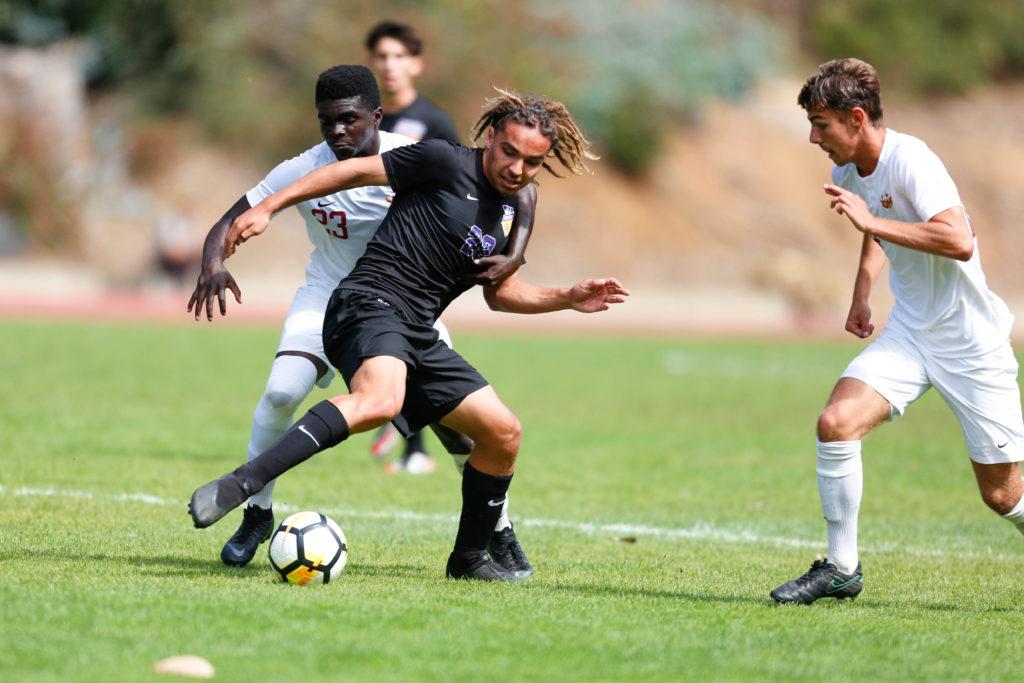 After having scoring troubles for the last four games, the Gators clicked offensively and defensively during their 3-0 Sunday win over the Cal State Dominguez Hills Toros at Cox Stadium.

“When you do your job right defensively, you’re gonna get moments in the attack, and today we ended up taking advantage,” said SF State head coach Javier Ayala-Hil.

Sophomore forward Clayton Sato became quite familiar with the Toros’ net, netting two goals for the Gators and jump-starting the offense midway through the half.

“I saw that there’s space in the near post, ran there, the defender didn’t really clear it out that well,” said Sato about the setup for his first goal.

Coming into the contest, the Gators offense had done everything but finish their goal scoring opportunities from their scoreless draw against Cal State LA last Friday.

The narrative looked to be the same early on in the first half, with the Gators getting the ball near the Toros’ net, but failing to set up or get shots off. This changed once the consistent Gators’ pressure eventually broke through the Toros’ net with Sato’s first goal.

The Toros were able to outshoot the Gators 6-3 in the first half and did have opportunities to gain offensive momentum, but the stingy Gators’ defense did not allow the Toros to get many quality shots throughout the game.

“You’re gonna have to give credit to the back line, they’ve done a terrific job, having another shutout,” said Ayala-Hil.

The Gators continued to swarm the Toros at the start of the second half, but surprisingly it was not a Gators effort that extended their lead. CSUDH inadvertently suffered a goal from their own man’s foot in the 53rd minute of the game.

SF State put the dagger in the Toros’ hopes for a comeback with Sato’s second goal of the game in the 64th minute.

SF State hung on to their three-goal lead by continuing to generate scoring chances into the final moments of the game, and did not give Cal State Dominguez Hills many chances when the Toros were able to gain the possession of the ball.

“To see that our entire team is working hard to deny shots, the better it is,” said Ayala-Hil about the teams’ suffocating defensive effort.

Sophomore Sato’s effort was key to the successful Gators offense throughout the game, much like it has been throughout the season. The team’s offense is mostly made up of underclassmen this season.

“I think our underclassmen are stepping up to the occasion,” said Senior defender and team captain Aydan Bowers.

Sato is tied for the team lead in both goals (3) and assists (2). Freshman forward Crinan Dunbar shares the the lead in assists with Sato, while adding a goal of his own.

The Gators will need their underclassmen to continue to generate their offense when they host No. 23 ranked Cal State San Marcos on Friday, Oct. 5 in a key CCAA matchup.