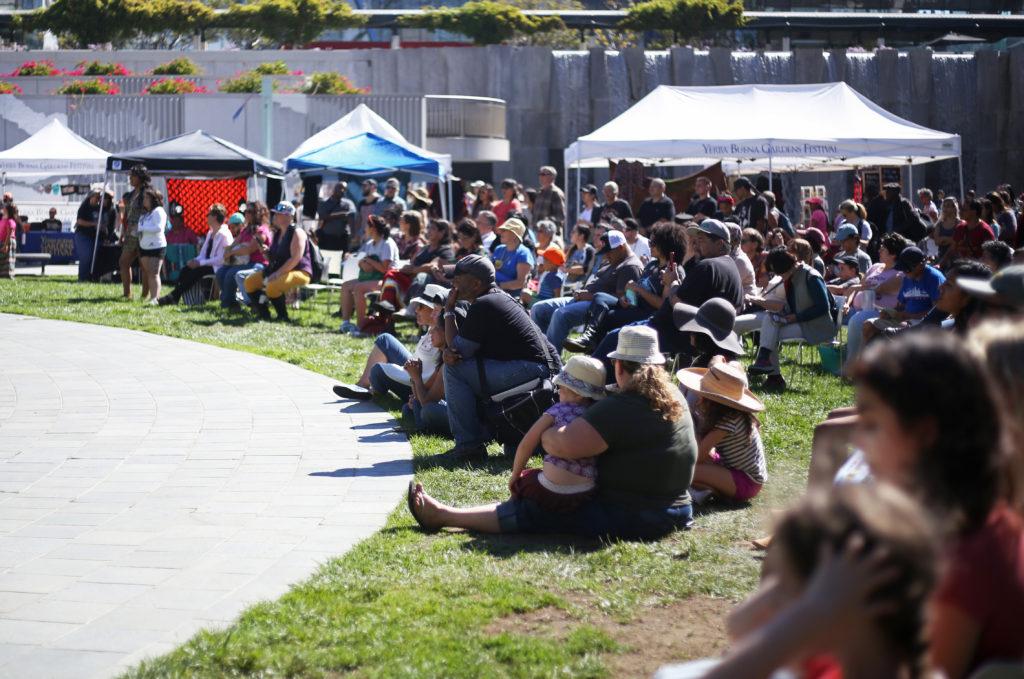 As the stigma around Columbus Day has changed over the course of some years, people have been quick to highlight the atrocious acts of Christopher Columbus, which includes rape, genocide and torture, leading many to protest the holiday under his name.

“Christopher Columbus was a rapist and a murderer. I feel like in America, they teach you when you were young, ‘he discovered America, this is important history,’ but in reality, it’s all lies,” said Amalia Lamar, an undeclared major at SF State.

In addition to removing Columbus Day, the Columbus statue in front of City Hall was removed after a vote by the San Francisco Arts Commission in March earlier this year.

Different native tribes and supporters of the new holiday gathered at the event, where there was singing, dancing, poetry readings and native goods for sale.

The vote to change Columbus Day to Indigenous Peoples Day was an effort by District 10 supervisor Malia Cohen, who attended the event.

“I was a little surprised by how much push and pull we went through to declare today Indigenous Peoples Day,” Cohen said.

The vote is seen to be overdue by many, with San Francisco being a historically and legislatively progressive city. Seventy-six other counties and cities have adopted official recognition of Indigenous Peoples Day instead of Columbus Day. Berkeley, a close neighbor to San Francisco, was the first city in the U.S. to recognize Indigenous Peoples Day in 1992. There have been efforts in San Francisco since the 1970s to get rid of Columbus Day.

Andrea Carmen, International Indian Treaty Council executive director, wished to convey that although the city is officially recognizing the holiday, indigenous groups have been celebrating Indigenous Peoples Day for decades.

“We have been commemorating here on Alcatraz Island where it all started since 1979, the day of Indigenous Peoples, to counter the myth and the lies and history that are presented by the commemoration and dedication of a national holiday to a colonial pirate that brought genocide to this continent,” Carmen said.

With the first Indigenous Peoples Day in San Francisco wrapped up, it’s important to recognize the truth of American history as told by the descendants of America’s real ancestors.

“It’s important to acknowledge the people that actually were here and pay our respects to that rather than a guy who thought he was the first one to discover America,” Lamar said.