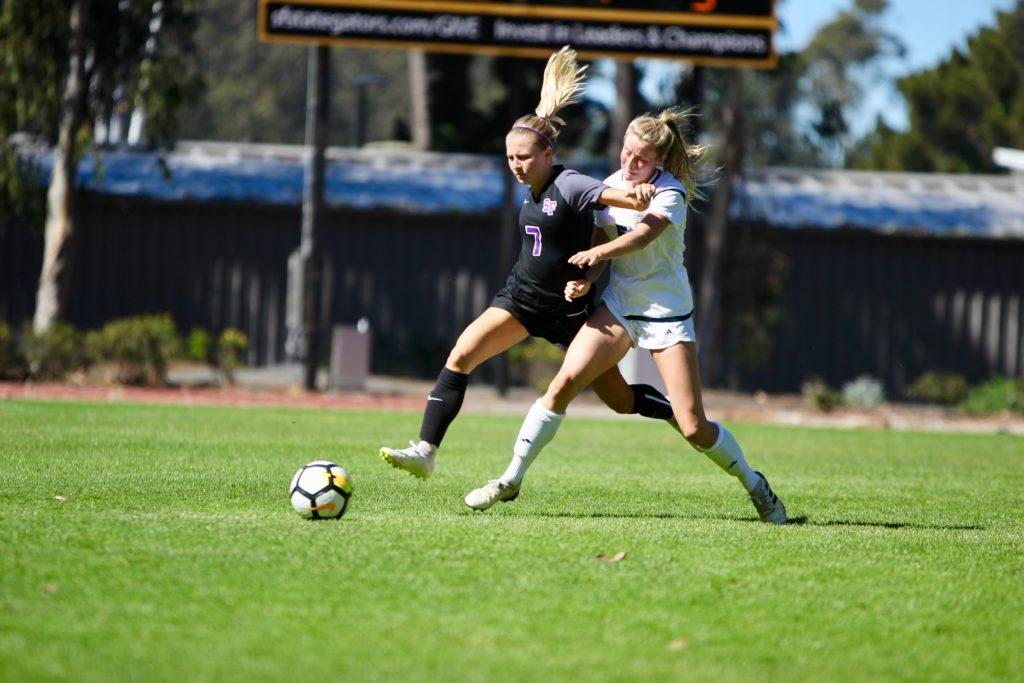 “We knew UCSD was going to come in with a fresh loss, so we tried to take advantage,” said Janessa Staab (#8). “I think we came in with a lot of confidence but we just didn’t pull through.”

The sophomore defender believed the execution of the small details is what makes UC San Diego such a great team.

Two of the Gators’ starters, Tami Kwong (#28) and Ana Williams (#2), did not play due to injuries. Head coach Tracy Hamm did not feel like that was the reason the Gators lost the game.

“We were missing two of our key players,” Hamm said. “But I think the players that stepped in did a great job.”

The lone goal came in during the 34th minute, when Triton Marissa Ray dribbled through the Gators’ defense and scored from close range for the freshman’s first collegiate goal.

SF State was unable to carry that offensive momentum into the second half. The Gators only had one shot for the entire second half, while UC San Diego continued to put pressure on the Gators’ defense with 10 second-half shots.

“They just have some dynamic players up top, their midfield is good,” Hamm said about the Tritons. “They were able to keep the ball a little bit better than we were in the second half, and we were just a step late on our final passes.”

Despite the loss, Hamm praised her sophomore goalkeeper Nicki Rucki (#00) for another impressive outing.

“Nicki is by far and away the best goalkeeper in the conference. She’s kept us in a lot of games, we are very lucky to have her,” Hamm said. “She’s definitely proven that she’s a top goalkeeper in the country and is a fantastic leader and understands the game well.”

Rucki had 11 saves, including multiple acrobatic saves when UC San Diego was berating Rucki with shots but were unable to find the back of the net.

“It was the energy on the field that was getting me up there,” Rucki said.

SF State finishes their four-game home stand at 2-2. After the loss to UC San Diego, the Gators fall to fifth place in the conference standings and UC San Diego improves to third.

The Gators are on the road for their next two games, with a game at Cal State Monterey Bay on Friday, Oct. 12 and Cal State East Bay on Sunday Oct. 14.