The not-so-hidden truth about Hollywood 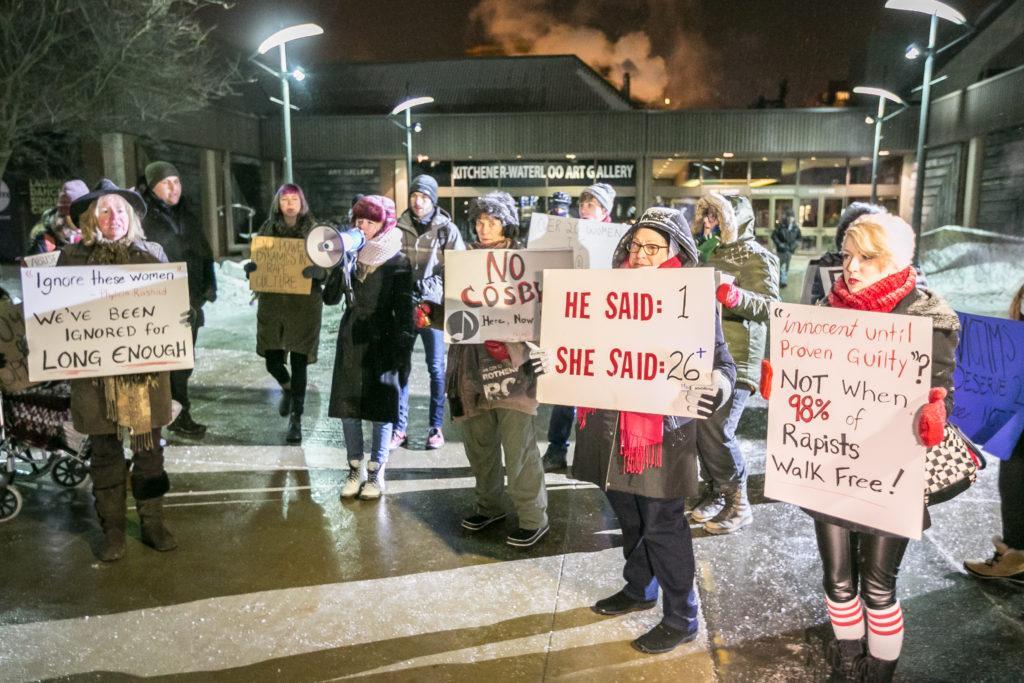 There has been a lot of hidden truths revealed in the past few years, with Dustin Hoffman, Jeremy Piven and Brett Ratner accused of sexual harassment and Kevin Spacey’s career ending with his revealed sexual misconduct.  One of the most significant allegations has been against Bill Cosby, once known as America’s sweetheart, who has finally been convicted 53 years after the first sexual assault allegation made against him, by Kristina Ruehli.

On Tuesday, Sept. 25, Cosby was convicted to three to 10 years in state prison, which upset a lot of people that had followed his career over the years.

Cosby has been accused of sexually assaulting multiple women over the past three years, but there was never enough evidence to prove it.

Sunni Welles, a well-known spiritual medium, accused Cosby of drugging and assaulting her when she was aspiring to be a singer back in the 60’s.

Kristina Ruehli, a secretary from a talent agency in Los Angeles back in 1965, said she was 22 years old when Cosby invited her to his house and drugged her. The only thing she remembers is waking up, after two drinks, naked in Cosby’s bed.

Janice Dickinson, former America’s Next Top Model judge, accused Cosby of giving her wine and a pill which caused her to pass out. She stated that she has no recollection of being sexually assaulted by him, however, she stayed silent for decades out of fear.

A long list of people like Linda Brown, Cindra Ladd, Joan Tarshis, and Carla Ferrigno spoke up after years of keeping the assaults a secret. Which made these statements not enough to take Cosby down for his crimes given that the statues of limitations had expired.

I wonder, how can we truly look up to the people that turn out to be pedophiles or sexual predators?

Since Cosby is one of the most influential African American figures in America it makes it even harder for people to believe the truth.

It wasn’t until last April when Andrea Constand spoke up about being drugged and sexually assaulted in 2004, she opened up to the court and after five months, Cosby finally got what he deserved. “It is time for justice. Mr. Cosby, this has all circled back to you. The time has come,” Steven T. O’Neil said, as he sentenced Cosby.

People’s Magazine reported that jurors deliberated for about 14 hours before handing out the verdict. Last summer’s trial against Cosy was declared a mistrial after the jury failed to make a consensus.

“It shows that he and all his people knew all along that we were telling the truth,” Dickinson told People after Cosby’s released testimony.

There have been different perspectives on Cosby’s innocence.  Some believe he was actually being framed while others thought his sentence is a joke given all the people who were affected by Cosby’s actions.

I can understand the people who look up to these public figures because as fans we try to be more like them, personifying every outfit, every word selection and memorizing all the little details about them. The unfortunate truth about the people in show business is that they are human and they are not as perfect as we want them to be.

Cosby’s conviction does not seem enough given that there is a long list of people who were affected by his crimes. Nevertheless, according to CBS News, Cosby’s lawyers are trying to overturn his sentence due to “strong errors in his sex assault case”. The fact that they are still trying to justify his actions or find an alternative to his punishment means that Cosby is refusing to take accountability for his actions.

According to CNN Politics, First lady Melania Trump said, “ victims who make accusations of sexual misconduct need to show evidence if you accuse someone or something, show the evidence.”

I can’t help but think about how can we trust law enforcement to give people what they deserve when people with power start blaming the victims. It is hard enough for victims to step up and say something but to think that they have to validate their voice with proof makes it seem unfair.

I find it interesting to notice how almost a year after the #MeToo movement started, which has sent dozens of once-powerful Hollywood players into exile, Cosby gets convicted. This may have been one of the reasons why judge O’Neil decided to take Cosby’s case more seriously. However, Cosby’s victims stepping up to accuse him wasn’t enough evidence until now.

Hopefully, there will be more people who step up to powerful figures in order for the justice system to take these type of accusations more seriously because the fact that people with power have some kind of immunity in court makes it hard for people like us to believe in the integrity of the justice system.