SF State students take on the role of filmmakers 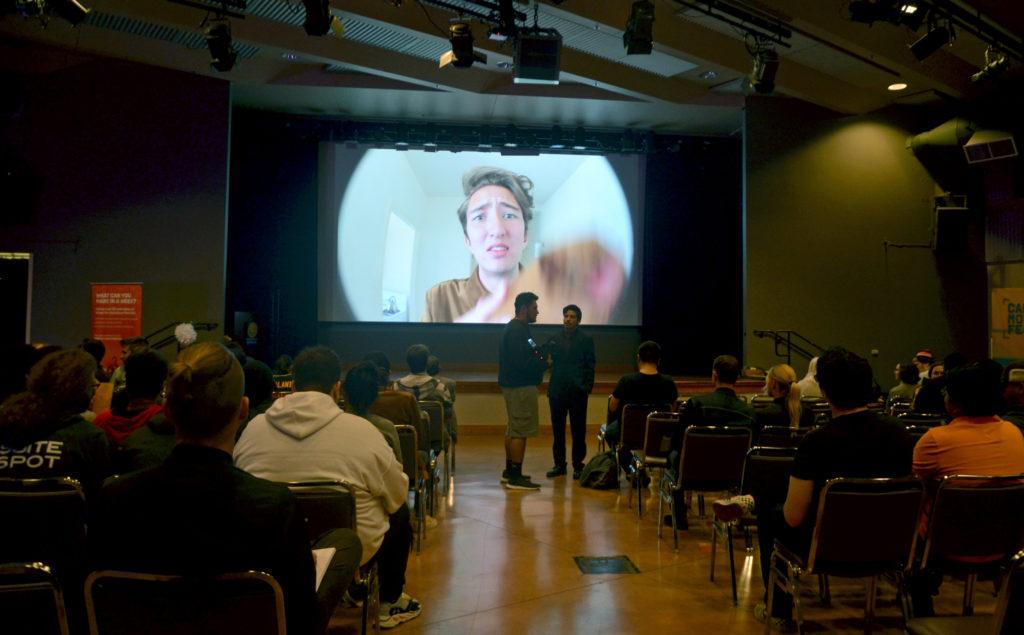 “I gotta say, making a film you can stand behind in seven days is not easy at all nor do I think it ever will become easy,” Lancelot Warner said. He juggles his part-time job at Pier 39, his full-time student responsibilities and now the role of a filmmaker.

The festival is open to film majors and non-film majors, such as Warner, who studies philosophy in addition to making short films. Warner commutes 35 minutes twice a week to his 8 a.m. to 5 p.m. classes and any day not spent at school is spent working eight-hour shifts in the Embarcadero.

“I literally murdered myself for this going to film after my 1-9 p.m. shift for days on end and writing the script between writing papers,” Warner said, explaining the commitment to the festival affected his GPA. Warner had previously competed in CMF several years back and enjoyed the experience enough to enter it again this year.

Film major Nick Sloan had decided to take on the task on a whim because she recently had quit her job. “It’s very serendipitous or lucky, I guess,” Sloan said.

With a pretty open schedule the past few weeks, the only other project occupying Sloan’s time is a personal album that’s scheduled to release in May. Sloan’s most significant trouble was working with her team’s schedule. She had to cut three characters from her science fiction script because she couldn’t find enough actors.

“Campus Movie Fest is a national competition, so I believe that a week is a sufficient amount of time to make a video because it helps cultivate a competitive atmosphere,” said CMF employee Meghan Moran. Moran is also a former participant in CMF. “It was one of my best experiences I had in college because of the great, creative community that CMF helps cultivate on campus.”

Students get the equipment and software provided to them, and CMF puts on a red carpet reception and award night for the students and their crews, along with all their family and friends.

What started as an iMovie festival for students in Residential Assistant Dan Costa’s building at Emory University in 2000 expanded into a national film festival. With the help of his friends, David Roemer, Ajay Pillarsetti and Vijay Makar started CMF in 2001, according to employee Raghav Ravichandran and Moran.

“It’s the kind of project you can’t appreciate the difficulty of until you are really in it with T-minus 48 hours and no sleep on schedule, with a window of three seconds that just won’t sit right,” Warner said. This is Warner’s second time participating in CMF. He said he would do it again because of how great the equipment was. Without it, Warner said he wouldn’t be able to make the film.