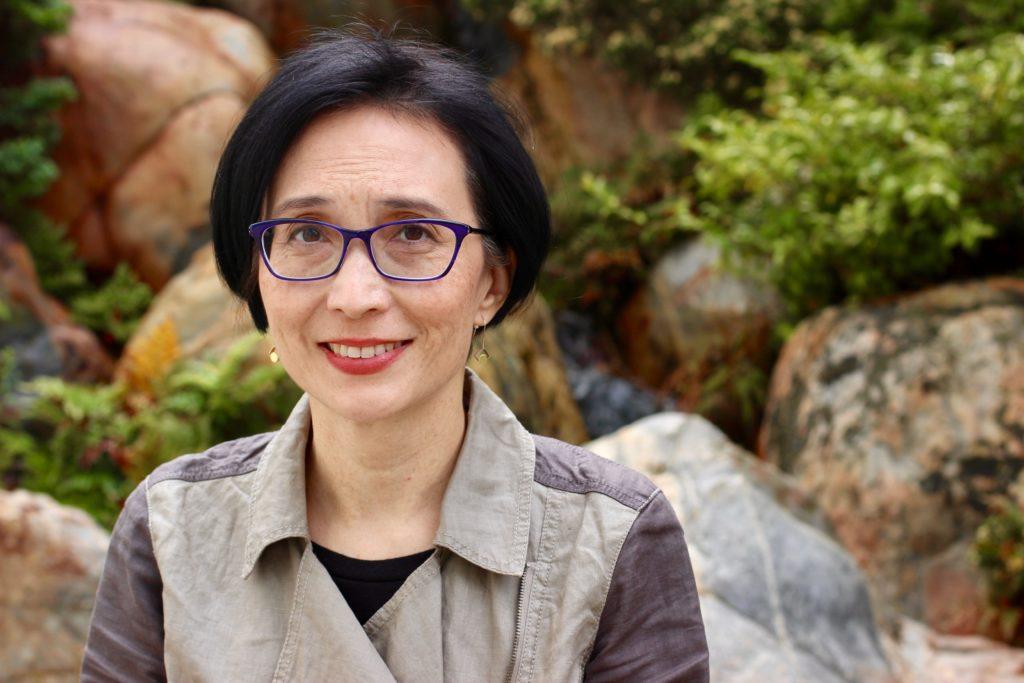 Creative Writing Professor May-Lee Chai has now written 10 books during her lifetime, mostly revolving around immigration. Her newest one, Useful Phrases for Immigrants, is her "proudest one yet." It will be available on October 23rd. (Francisca Velasco/Golden Gate Xpress)

Walking down the hall in a red trench coat, professor Chai makes her way down to her office. In the typical San Francisco weather, where the air is moist and humid, she sits down and gets ready to share her trials and turbulence in her creative writing career.

May-Lee Chai, an SF State creative writing professor, is ready to release her 10th book, “Useful Phrases for Immigrants,” towards the end of the month. The book will consist of 10 short stories revolving around Chinese and Chinese-Americans, depicting migration within rural and urban areas.

The proposal for the collection of short stories came at an appropriate time when a particular presidential candidate was in the headlines for making dark remarks towards immigrants. “This was my act of resistance. I put it together in 2016 during the presidential primary. When a certain candidate started making really, really ugly anti-immigrant remarks,” Chai said.

Chai’s body of work has stemmed a lot from her endeavors and connections to her culture. Chai is a product of a refugee; her father fled to America during the Chinese Civil War to escape the madness. She took those experiences from her family and her own life as inspiration for her writing.

Chai experienced many challenges as she was growing up, but those challenges eventually led her to find her dream career, a creative writer.

Her father settled in Southern California where he met Chia’s mother. The family bounced around a lot when it came to their living situation but eventually made their way to South Dakota in a very conservative part of town.

“People in that community had never seen a Chinese man married to a white woman before. They shot at our house. Five of our dogs were killed over the years. We were attacked,” she said. “It was just nonstop, just nonstop hatred directed at us.”

Reading became her distraction from everything, including racism. The reading and her growing aspirations of becoming a writer led her to pursue a degree in journalism.

While in grad school studying a different topic, Chai was hit with a breast cancer diagnosis at the tender age of 24. “I discovered I had a tumor growing in my breast and I thought, I suddenly realized that I could die,” Chai said.

Speaking through emotion and pain, Chai described her hardships with the tumor as being very hard, but she also saw it as an eye-opening experience. She was determined not to let this dash her dreams of becoming a creative writer; she made it a gateway to reach that dream even more.

“It made me reassess my whole life plan, and I had realized that my dream had always been to been a writer and I had never dared to pursue it because it seemed impractical. I realized that my life could end shortly, then it seemed impractical to put off my dreams, so I decided to pursue the dream and that is how I ended up being a creative writer.”

Chai writes to inspire young writers like Nix and Garcia and to raise awareness in this political climate. Her trials and tribulations have led her to a successful career in creative writing. With 10 books under her belt, Chai has made it known that no matter what you go through, you can always achieve your dreams.