Off Top Tuesday, where depression, drugs and history mix 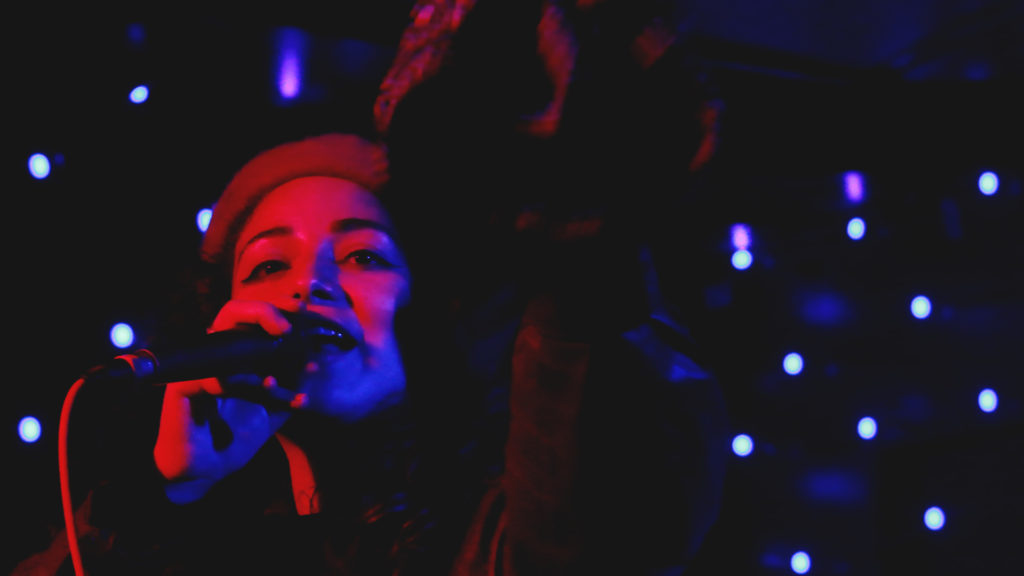 From sex, depression, drugs and heritage, no topic was left undiscussed at The Depot last night. Going off of words in a mystery envelope or vibing off the rapper next to them, performers were rapping bar after bar with barely any hesitation.

Aspiring student rappers, along with performers Shino Smoke and Chhoti Maa, switched off spitting rhymes last night at The Depot’s Off Top Tuesdays. The event was hosted by fifth-year student Rocky G. According to Rocky G, this is the third year he has hosted Off Top Tuesday.

Before each performer, there was an interlude of MCing from anyone in the crowd, including students Brandon “Prophet” Boch, Alhom Carrenca and former ASI president Juan Carlos Hernandez.

Shino Smoke got personal during his set, rapping about topics he feels aren’t typically addressed in the genre –– depression and anxiety. Inspired by rappers such as Curren$y and rap duo Gang Starr, Smoke said freestyle saved his life. He described his music as medicinal because it heals people by focusing on topics like drug abuse, depression and anxiety. He even stopped during his set to tell the crowd, “Spend time with yourself and let the thoughts you try to push away with drugs creep in.”

Chhoti Maa, a Latina and Indigenous rapper, spits Spanish and bilingual rhymes about her heritage. Hailing from Guanajuato, Mexico, Maa was drawn to the city just like her ancestors before her who came to San Francisco after being exiled from Mexico in the mid-1800s. “Atiza,” a word of many meanings, such as revive the fire, smoke weed or revive the conversation, is also the title of her new single, with a video scheduled to release at the end of the month. Fire is the theme of her track and upcoming album, “Caldo de Hueso,” because of the fires that have erupted in the Bay Area over the past couple of years. “Even when she sings in a different language, she sets your soul on fire, in a good way,” Smoke said.

Maa started rapping in 2007 as she was writing on napkins at bars for the events she was translating from Spanish to English. During the same time, Maa was apart of a migrant power movement fighting for human rights. She currently teaches at the California College of the Arts and is going to be teaching Latino/a art history and Latino/a in media classes next semester at SF State.

Host Rocky G also made a shout-out to Filipino American Appreciation Month along with the 58th anniversary of ethnic studies at the school. “Make noise for my Filipino people,” he said before he spit a verse on the history of his heritage and the colonization of the area. As he finished, he encouraged the crowd to take an ethnic studies class.

By the end, almost everyone in the crowd was on stage, ciphering of one another, unlike Aleah Lacy, who came for a class requirement but also to see new and upcoming artists who have a different style from the EDM and R&B she usually listens to.