Being a woman in modern society 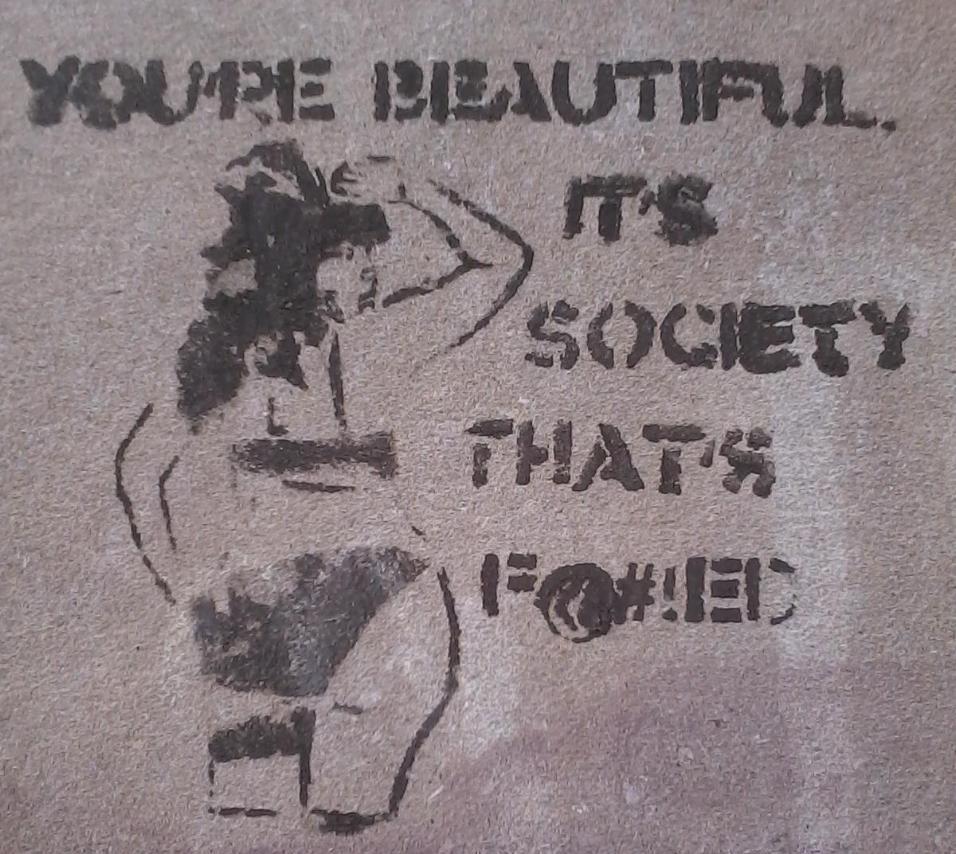 For as long as I can remember, being a woman is filled with this need for perfection. The concept of having the right lipstick, liking pink, and being skinny and pretty makes us feel like we are closer to a never-ending struggle. The fact of the matter is that most of us look at ourselves in the mirror every morning and assess our bodies inch by inch wondering how many pounds we should drop in order to get the body type that will make us feel pretty.

When I saw that Netflix was announcing the release of a new documentary called “Feminists: What Were They Thinking?” I got very excited, given that two of the women I look up to, Lily Tomlin and Jane Fonda, were part of the film. The documentary explains a detailed history on the relevance of feminism and women’s perception of their self-worth.

Over the years, the fight between women and social standards has had its highs and lows. With women gaining the right to vote, have a bank account and accomplish a higher education, it felt like we were closer to equality. However, we take a step back every time we act a certain way just to feel like we belong.

The documentary explores different perceptions and experiences from a long list of artists, professors, actresses and philosophers who struggled their whole lives with their individuality.

They share their stories with the same feeling underneath their words: that we are trained to be a certain type of woman.

There’s no doubt. But how can we know better when we live in a society led by men who have coached us to be “good girls?” A society and a history of submissive women subjugated by men who want us to be strong yet passive, beautiful yet unique, has discouraged women to fight for their rights — until feminism came into the picture.

While watching the documentary, I realized I wasn’t the only person finding herself many times struggling between the person I thought I should be and the person I needed to be. The difference between the women in the documentary and myself was that I had the enormous privilege of being able to be whomever I wanted without many of the repercussions they had to deal with. I learned from a young age how to embrace my individuality by never allowing people to speak for myself, which has also been a burden given that I was never the “good girl” society wanted me to be.

In the documentary, Funmilola Fagbamila, a professor of pan-African studies at Cal State Los Angeles, shared a childhood memory of a girl in her fifth-grade class telling her, “I just wanted to let you know that you can hang out with us if you lose a little bit of weight.” Although this request did not seem fair to her, her need for acceptance seemed to be stronger than her will to say no.

I related to this sentiment because for most of my life I felt like the outcast, the not-so-girly girl, the girl who was fighting back surrounded by people who did not know there was something to fight for. I encountered many girls who wanted me to shut up and smile, but I never really learned how to shut down this rage regarding how I defined my femininity.

Just like Fagbamila, many girls struggle with this need for belonging and change their natural selves to be what other people want them to be. I decided the best way to demonstrate that people still struggle with their identities even in college was by conducting a survey at SF State regarding beauty standards and how some shows create a concept of how we should look and act to be considered beautiful.

Regarding self-reflection, when asked if they felt encouraged to start eating a certain way by an ad or a show, 74.5 percent of the 55 women surveyed responded ‘yes’ and 25.5 percent responded ‘no.’

We look up to the prototype of the ideal woman and force ourselves to be some kind of version of this. This insatiable struggle of wanting to be something that will satisfy our need for social acceptance goes beyond our willpower to overcome beauty standards.

Sixty percent of people said they did not feel their body type defined them; however, when asked if they felt social pressure to be a certain size, 76.4 percent responded ‘yes.’ That is more than half of the people feeling insecure about their bodies yet still believing that their body shape did not define them.

In the end, being beautiful does not have to do with your pants size, how much makeup you wear or what people expect from you. These type of documentaries empower women to overcome what people think about them and encourage them to embrace who they are.

If we encourage women to love themselves for who they are, it will be easier for them to find their true identity, no matter how people tell them to act. Being a human is hard enough without having to deal with beauty standards.