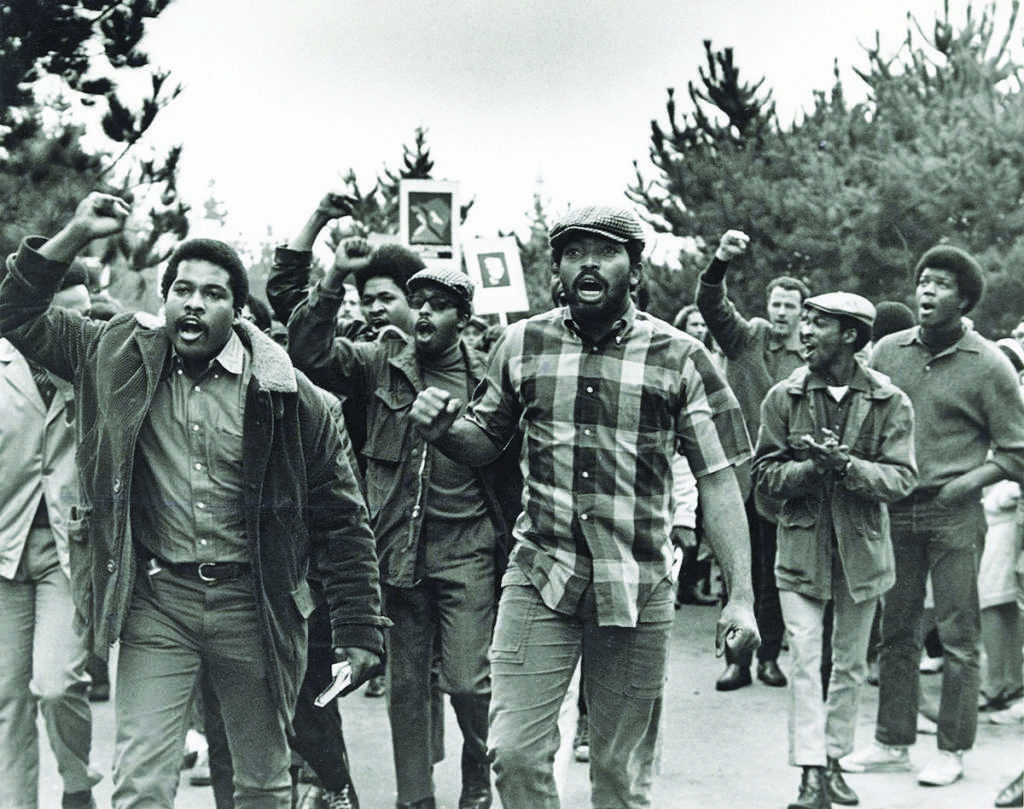 The action that precipitated the 1968 SF State strike may have begun with the Black Student Union, but it soon spread to thousands of other students demanding the administration provide a more ethnically diverse curriculum and faculty.

The term “Third World” referred to colonial and racial experiences of minorities throughout U.S. history, and gave a nod to the international movements for independence and self-determination that had taken hold in the Third World countries of Asia, Africa and Latin America.

On Oct. 26, award-winning actor Danny Glover told journalist Kitty Kelly Epstein on the Berkeley radio KPFA that one of the most important things to come out of the strike was the coalition building.

“That was essential to the victory of the strike,” he said.

Soon after its formation, the Third World Liberation Front made 15 demands of the university, including a college of ethnic studies, department of Africana studies, increased admission of students of color and anti-racist distribution of financial aid.

Glover said many students who participated in the strike were already engaged in a “continuum of activism” that was happening around the Civil Rights movement, labor organizing and against the Vietnam War.

“Black and other minority students were at a new stage in their own collective struggle,” he said.

He said the BSU knew that the local community would be an essential part in whatever work initiatives they planned.

“The whole idea for all of us was the struggle for justice,” he said.

Juanita Tamayo Lott, author, former strike leader and co-founder of the SF State Filipino American studies department, said coalition building during the strike was an organic process, noting that most of the communities of color had been living side by side in San Francisco for generations.

But white students also understood the importance of the strike and knew that it was part of a larger social movement for Civil Rights, she said.

“When you look at the clips [from the 1968 strike], most of the folks are white,” Tamayo Lott said. “At that point, there were mainly white students on campus; that was one of the reasons for the strike was because there were so few people of color.”

Dr. James Garrett, then the BSU president, told the Xpress that “building a critical mass” was an essential part of his work for the union.

“You build a coalition by finding points of unity,” he said.

The Third World Liberation Front was an “organization of organizations” that was not aligned with any party but sought to support all liberation and movements of self-determination both inside and outside of the country.

The Third World Liberation Front was a product of the BSU, which remained the dominant political force among students on SF State’s campus.

“That included winning ideological debates with progressive labor party students,” Garrett said. “The main reason was because we trained people to work, we didn’t train people to just be leaders.”

Garrett said the BSU pushed students to be involved in campus affairs, make good grades and be “outward looking.”

The BSU today continues its legacy of leadership on campus as well as coalition building.

Current BSU board member Deon Brown said the group works closely with other ethnic organizations on campus to make sure efforts align.

“The BSU looks to the Third World Liberation Front as a guide for everything that we do,” he said. “Although the BSU represents black students in particular, we understand that there is a lot of intersectionality with other groups.”

For example, Brown said, some black students are queer, some are also Native-American or Afro-Latinx, and some deal with homelessness and food insecurity.

“Working alongside other groups makes our efforts more [sustainable] and not just focused on black students only, but are focused on humanity as a whole,” he said.

— With files from Sylvie Sturm