SF State Rugby club in position for a promising season 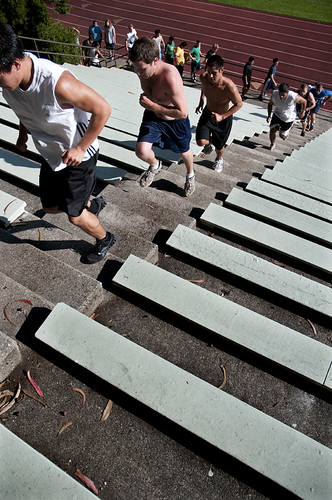 The Gators Rugby Football Club prepares for the upcoming season in February of next year and have been running strong since 2005. Photo by Henry Nguyen.

Jake Patricio’s rugby career at SF State started so suddenly, it was practically a calling.

When he noticed a few guys tossing a rugby ball around in the quad on campus, he knew he wanted to join them.

“I always wanted to play a sport in college,” Patricio said. “I played rugby in high school but I didn’t think that (SF) State had a team until I was walking around campus and saw some guys throwing a ball around, so I said ‘Hey, I’ll join in’.”

The Gators Rugby Football Club was formed in 2005 by a few students who all bonded over the love of rugby and the competition it provided.

As athletes looking for new challenges, they banded together to make the club more than just a few guys playing a pick-up game. They wanted to compete.

According to Patricio, the game is growing in the United States, its popularity rising with the reinstatement of the rugby sevens – a seven on seven match rather than the usual 15.

Rugby is a challenging, physically demanding and draining sport, but it also requires that all athletes work together as a unit. The Gators know this and are always open to training and helping anyone who is new to the sport and eager to learn.

“I use football as a comparison so that people who have never played understand better,” Patricio said.

As team captain, Patricio is a leader on the team, but with many more years of experience in the game, coach Dean White helps guide his players on the pitch.

White has experience both as a former athlete and coach, with stops at the University of Arizona and San Jose State University before coming over to coach the Gators in 2010.

“It’s always a privilege to get the call to coach a sport you love so dearly,” White said. “Any opportunity to give back to the sport is an opportunity that I look forward to.”

Before White, the Gators went a few years without a coach, which meant the team had to be much more self-motivated to keep on pace for steady improvement.

That improvement came to fruition in 2009 when, after a few seasons of not being able to play in competitive Division II games, the Gators were finally allowed to play in the Northern California Rugby Football Union, Division II.

“Jake really stepped up as a leader and he is bringing it forward to the SF State team, and I definitely commend him for doing it,” White said.

With the confident leaders on the team, the Gators look to improve on last season’s middle-table finish. Despite good performances, the players say they know that they can do better and they are looking to improve.

“With what the recruitment numbers look like so far, we have a lot of freshman talent,” said Gator rugby club player Tristan Hayter. “From where we are now, compared to last year, we are way ahead. And anyone is welcome to come out, the more the merrier!”