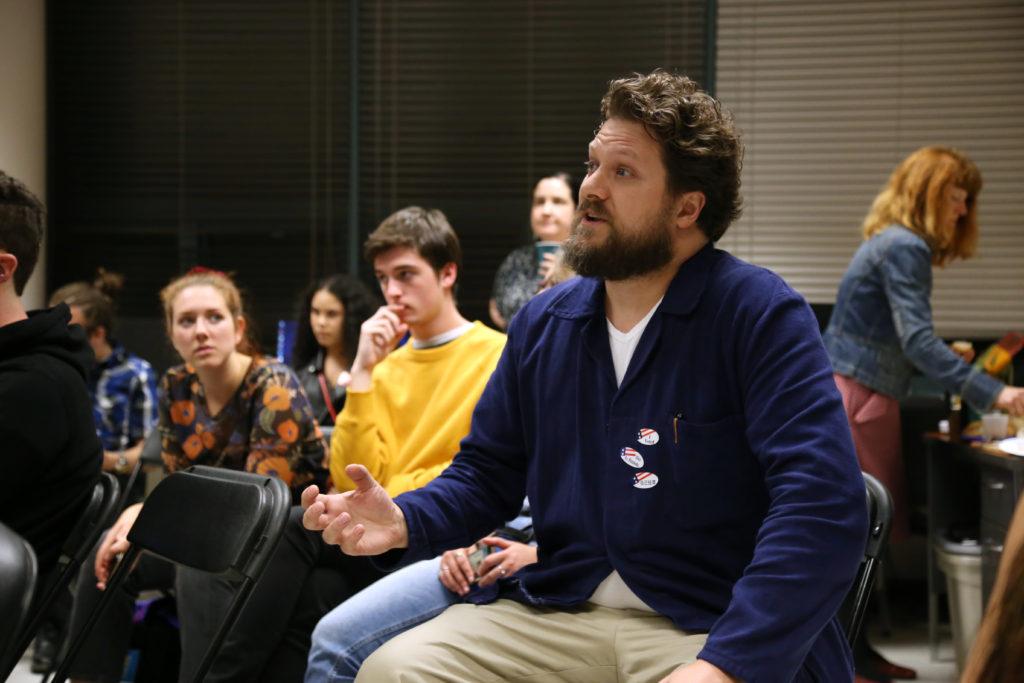 Students and professors crowded into Humanities room 304 on election night to celebrate what many in the department consider a holiday, as midterm returns trickled in on a large-screen TV tuned to CNN.

“I’m hoping that everyone who participates [in the watch party] gets a richer understanding of how elections work and what’s going on right at this moment in America, because it is sort of an exciting moment,” said assistant Professor Rebecca Eissler, who studies and teaches American politics and led the event. “There’s been two years of President Trump’s administration, and do the American people want change, or do they want to stay on the same track?”

The event offered students the opportunity to ask questions of political science professors, including Eissler, about the incoming election results and what they may mean for the newly divided government as the Democrats took a majority in the House of Representatives and Republicans dug in a deeper hold on the Senate.

“It’s good to see a lot of students engaging amongst each other, amongst the professors, about something that we’re very passionate about,” said political science and graduating senior major Isaac Cisneros. “Whether you’re a Republican or a Democrat — it doesn’t matter — the point is you’re participating in a part of a democracy that we strive for for the last 200 years and I think that’s admirable in itself.

“The event itself it was wonderful,” he added. “I was glad to be a part of it.”