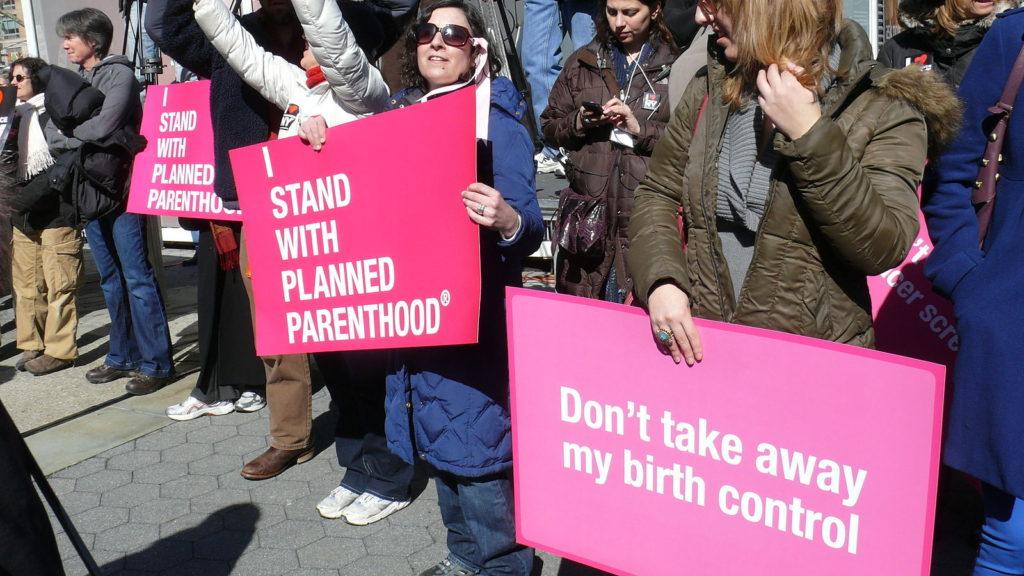 The same student who got tampon dispensers on the El Toro High School campus for the first time in its history is now president of the new Planned Parenthood Generation Action club at SF State.

The club is a sector in Planned Parenthood Generation Action, which are organizations established on college campuses all around the country that provide supporting access to: reproductive products, sexual health education for students, and a safe space to discuss sex, sexuality, consent and equal access.

It is an organization of diverse members made of student collaborators who support social justice issues, including reproductive rights, trans rights and inclusion, election and voting education, women’s issues, awareness of sexual assault and other movements.

“We were given the opportunity to lead the organization the way we chose and we saw a large problem of unreported or undiscussed incidents of sexual assault on our campus, which became our main focus,” said club president Chantel Bermudez.

When Bermudez was interning for the Women’s Center she mentioned she brought tampons to the bathrooms on her high school campus, a few weeks after Planned Parenthood Northern California reached out to the Women’s Center inquiring for a spearhead to run the club. “They gave me the information and next thing you know, Planned Parenthood Generation Action SF was born,” Bermudez said.

The administration approved the club as an organization on Nov. 8. Students are already joining the recently established club. With Bermudez as president, the rest of the executive board consists of Citlali Mosqueda as vice president and Nettie Bonds as secretary.

The club offers themselves as resources and the members plan on fighting for justice on campus. They are also fighting for resources the school does not have, such as Callisto, a database that uses technology to empower survivors and provide a safe place for disclosure. According to Bermudez, this is crucial to the campus because women ages 18-24 are three to four times more likely to experience sexual assault. The club is rigorously fighting to gain more resources for victims on campus and have had meetings with local representatives and congresswomen to get resources on campus.

Nettie Bonds, secretary of the club, joined to make a change on campus and help individuals in need of aid.

“For SFSU specifically, the way our college is made to combat assault is insulting,” Bermudez said when explaining why this club is important on campus. According to Bermudez, SF State currently only has one sexual assault counselor for 30,000 students, and reporting can take up to a year.

Since scheduling an appointment with a counselor is a high demand, it can take weeks for a victim to receive counseling. Bermudez says this is insufficient because the weeks following an assault is the most vital since 94 percent of survivors experience post-traumatic stress disorder. According to Bermudez, University Police Department officers have only one hour of sexual assault awareness training.

Director of Student Health at the Health and Wellness Center, Roger Razzari Elrod, said Planned Parenthood organizations are excellent resources, and the club connects students more effectively to resources and advocates for student’s reproductive rights, which he thinks would be beneficial to campus.

According to Elrod, if victims came to the center, the initial response from anyone on staff should be empathetic and would show concern for the patient’s well-being. Elrod says if the incident is recent, providers will suggest that victims go to Zuckerberg San Francisco General Hospital, which has a rape treatment center in its emergency room, to collect evidence in case they want to report.

The services the Health and Wellness Center have in regards to victims of sexual assault and women’s reproductive health are STI testings, prophylactic antibiotics for STI’s and the Plan B pill.

There is also the SAFE Place, located in the Student Services Building, that provides crisis intervention and advocacy for victims of domestic violence, sexual harassment and assault.

The club is also a safe place for people who may find themselves marginalized or mistreated. It welcomes allies, supporters, activists and friends of all kinds.

Bonds believes the club is important to campus because it helps give a voice to students. The club’s main focus is backing up victims of assault. Bonds thinks that since they are connected to Planned Parenthood, the resources they provide in regards to sexual health and violence are its strongest.

“Even though less than 1 percent of reports are false accusations, 97 percent of survivors do not get justice. That’s why we fight,” Bermudez said.