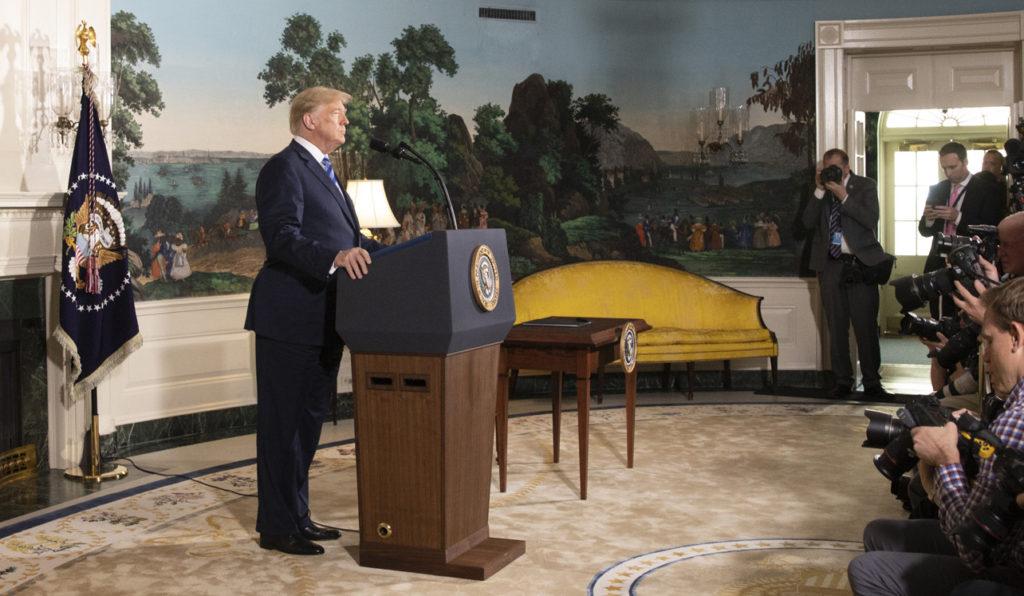 On Monday, Nov. 5, after dropping a Game of Thrones-style poster in a Tweet, President Donald Trump foreshadowed he would be reimposing pre-Iran Nuclear Deal sanctions. The reimposed sanctions take aim at Iran’s oil, banking and shipping industry.

This is problematic and creates unnecessary economic tension in the Middle East and makes the United States look bad going into agreements and deals between other countries.

These sanctions were reimposed on the grounds that the Iran Nuclear Deal was one-sided and that Iran was not honoring the agreement. According to the International Atomic Energy Agency, Iran complied with everything agreed upon in the Iran Nuclear Deal. The Iranian government showed good faith and followed the agreement made with the United States.

The Saudi track record of human rights violations in recent memory has been well documented. In a report from the United Nations Civil Rights Council, Saudi Arabia, United Arab Emirates and individuals in the Yemen government could be guilty of human rights crimes.

If the U.N. Human Rights Council finds that these nations could be found guilty of violations, paired with the Saudi murder of Khashoggi, then why has Trump not imposed sanctions on them? He instead slaps Iran with economic sanctions despite Iran being compliant with the Iran Nuclear Deal.

By backing out of the Iran Nuclear Deal and imposing sanctions, Trump sends the message that the United States cannot be trusted. This is the world stage and not a reality television. The Game of Thrones advertisement about the sanctions coming was not cute or funny. The impact of economic sanctions on the Iran economy will have serious implications on the health of the communities of Iran.