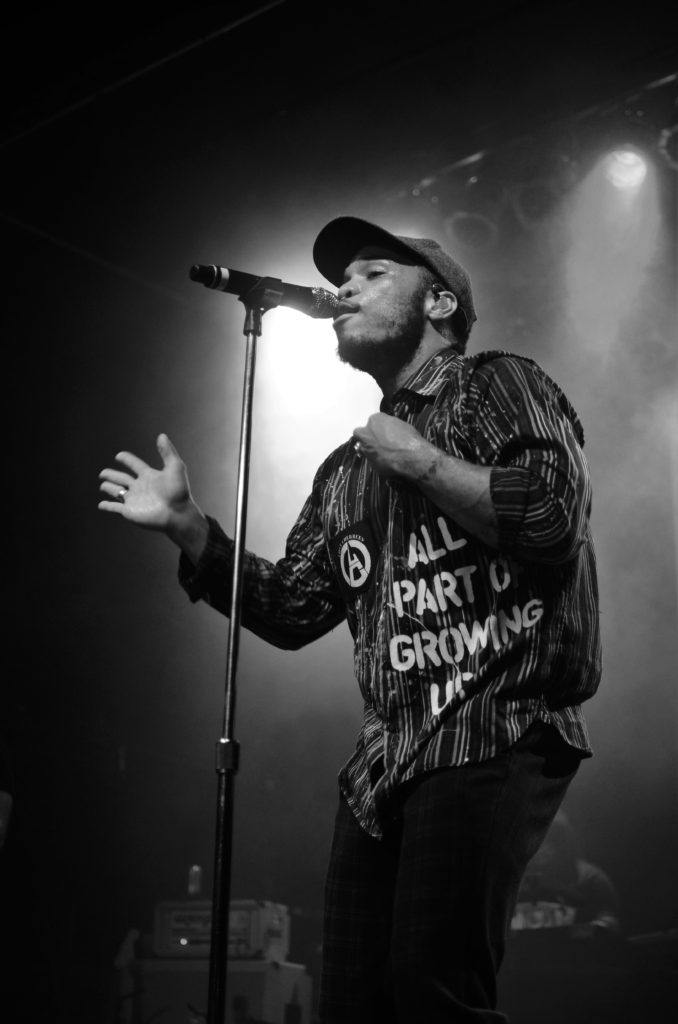 This album is named after .Paak’s hometown in Oxnard, California, just south of Santa Barbara. He reminisces on “Oxnard” while adding lyrics that relate to the current political climate.

.Paak combines funk and rap genres in his new album, creating a sound that’s emblematic of West Coast funk, but uniquely his own. He also works with well-known rappers such as Dr. Dre, Kendrick Lamar and J. Cole on some of the album’s biggest hits, including “Tints,” which was released in early October. He displays his lasciviousness in songs like “Headlow,” “Anywhere,” “Sweet Chick” and “Trippy.”

“Anywhere” features one of the best beats in the album, and the tune even features legendary rapper Snoop Dogg. This love song includes lyrics about smoking blunts with a woman he likes. What’s a song about marijuana without Snoop Dogg, anyway?

Though the love songs on “Oxnard” sound good, the lyrics can sometimes be misogynistic, which one can only hope is not what .Paak was trying to be.

“I got me a freak bitch and she nasty, she wild, she a free spirit/

After me, she gon’ let the whole team hit it.”

In this song, .Paak is speaking for someone else’s sex life, which sounds like he knows someone better than they know their own body. “Sweet Chick”’s beats are smooth, but the lyrics lack good intention.

.Paak hasn’t gotten any backlash for the lyrics of these songs in “Oxnard” yet. But the album is fresh, and there’s still plenty of time for criticism.

Another notable song on this album is “6 Summers,” in which .Paak talks about his opinion on today’s political climate. This bass-thumpy single talks about President Donald Trump and the urgency for gun reform in its chorus:

“This shit gon’ bang for at least six summers/

But ain’t shit gon’ change for at least three summers/

They tryna kill a ni**a faith, we need a little truth, brother/

.Paak’s “Smile/Petty” almost sounds like a Tame Impala song at the beginning, but it grooves into a funkier sound with heavy bass. “Trippy” is .Paak’s first collaboration with J. Cole, and J. Cole’s verse is pure fire. His verse recalls losing his lover and how he reconnects with her years later.

.Paak has this unique scratchy voice, almost as if he’s an ex-smoker. His sound is so free, funny and groovy that it’s hard to not bob your head to the music.

“Oxnard” keeps his sound consistent with his past album, and it’s good that he kept his sound; sometimes changing your sound album-to-album isn’t the best artistic choice. .Paak’s chill vibes transcend into his music that’s easy to listen to, and easier to bob your head to.

In the coming months, .Paak will be on tour in New Zealand and Australia, where “Oxnard” will be performed live.