Wildlife struggle to survive in the city 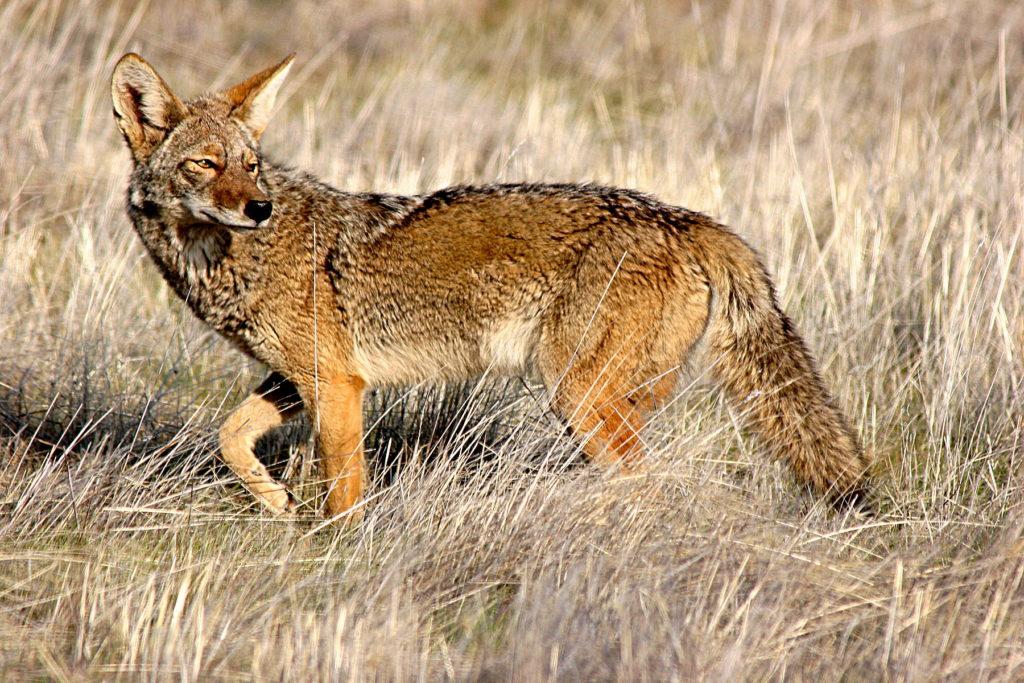 In some of the Bay Area’s most populated communities, mountain lions and coyotes prowl backyards, freeways and streets. While these sightings can cause fear among people, the real threat is usually to the animals themselves.

Coyotes and mountain lions fascinate nature lovers, but they face hostility from pet owners and ranchers.

Wildlife experts are unsure of the number of coyotes and pumas in the Bay Area. A 1996 state study estimated the number to be between 4,000 to 6,000 pumas in California.

Groups such as Project Coyote and the Bay Area Puma Project strive to reduce human-wildlife confrontations.

“For a lot of people, the first time they encounter a wild animal is in an urban area. Their first response is fear,” said Camilla Fox, executive director of Project Coyote.

But coyote and mountain lion attacks on humans are rare, according to Peter Tira, California Department of Fish and Wildlife spokesperson.

“A lot of times [mountain lions] are just traveling through. You should consider yourself lucky to have seen one,” Tira said. “They do everything they can to stay away from people.”

But if wild animals become accustomed to finding food in a suburban area, they can get used to people and become bold, he said.

There have been 15 verified mountain lion attacks on humans in California between 1986 and 2014, according to Tira. Only three attacks were fatal.

“We’re not on the menu for them. We’re large and we’re loud,” said Brad Nichols, Bay Area Puma Project biologist.

As for coyotes, a 2004 UC Davis study recorded 48 verified attacks on children and adults in California from 1998 through 2003.

And only one death has been attributed to coyotes since the early 1980s, said Deb Campbell, San Francisco Animal Care and Control spokesperson. The fatality occurred in Glendale.

Most conflicts result from dogs threatening coyote dens, according to Jonathan Young, Presidio Trust wildlife ecologist. Coyotes in the Presidio prompted officials to close off trails during pupping season.

“Any canine that is not part of their group is a threat to their pups and they will aggressively chase dogs away,” Young said.

California designated pumas as protected mammals since the 1970s when their populations were declining.

However, the California Department of Fish and Wildlife can issue permits to kill mountain lions that prey on pets and livestock. About 100 such permits are issued annually.

Fewer than 3 percent of mountain lion reports are identified as a threat to public safety and killed, according to the agency.

“Most of these conflicts can be resolved quite successfully through education,” Tira said. “We don’t want these animals killed. It should always be a last resort.”

Coyotes have no protections, so they are killed by hunters and population control programs across the nation.

“They can be killed in bounties and killing contests. In some states they can be run over by a snowmobile,” Fox said.

Coyotes adapt by breeding at younger ages, according to Project Coyote.

Hale said he has intervened successfully in most situations, but on one occasion police killed an adult mountain lion with cubs before he could get there.

“That pissed me off,” Hale said. “Their response is to pull out a gun and shoot them.”

Under California Department of Fish & Wildlife law, it is illegal to relocate wildlife unless the animal is released nearby or euthanized. Tranquilizing a wild animal can be dangerous or impractical for first responders.

“It’s not as easy as people think. You have to get close and be careful of where you shoot them,” Young said.

Jamie Ray, the director of San Francisco Rescued Orphan Mammal Program, said the coyote population is not likely to grow in San Francisco because there’s limited habitat and many are run over by vehicles.

Hale said without special wildlife corridors for animals to avoid dangerous freeway crossings, coyote and mountain lion populations are at greater risk due to inbreeding, increased competition and habitat fragmentation. That’s also a problem for humans.

“We are going to see more and more human-wildlife interactions, particularly with mountain lions and coyotes,” Hale said.

Young said these coyotes are here to stay and attempts to lethally remove them in the past were ineffective and unpopular with the public.

“You can’t get rid of them. It’s impossible. We’re not going to start poisoning or shooting them,” Young said. “All the things the government tried utterly failed and are no longer socially acceptable.”