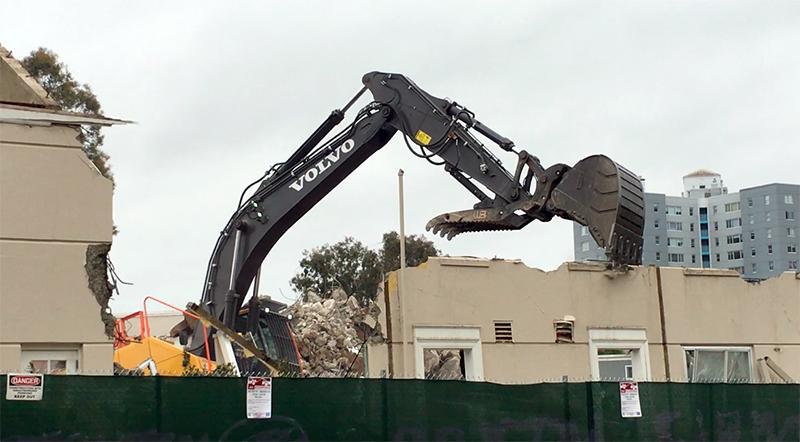 San Francisco State University administrators celebrated the groundbreaking of a new $81 million Liberal and Creative Arts building to replace the old Broadcast Electronic and Creative Arts building during an October 2018 ceremony. SF State’s first new academic building in 24 years will soon begin to rise from the demolished student housing units at the Tapia Drive Triangle. The new Liberal and Creative Arts Building currently under construction is phase one of a four-phase SF State Master Plan that will eliminate Tapia Drive altogether and turn it into a quad. The 50-year-old BECA Building had “serious” deficiencies with regard to the Americans with Disabilities Act and building codes, according to a budget report by interim Vice President of Administration and Finance Ann M. Sherman.