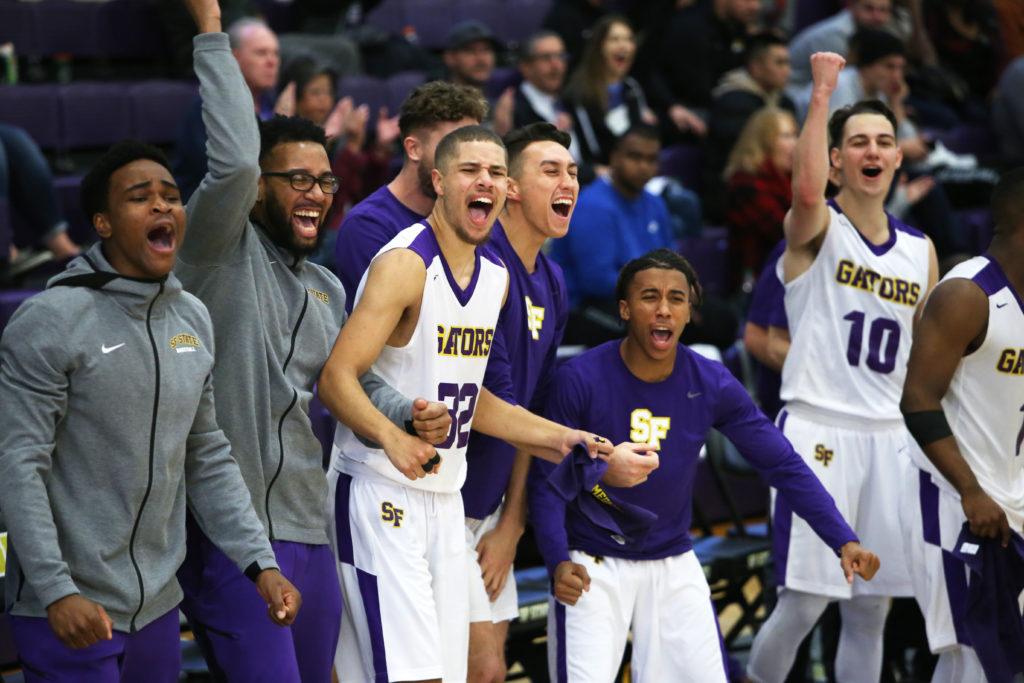 After their stifling defensive win against Chico State on Saturday night, the SF State men’s basketball team will face off against No. 10 UC San Diego on Thursday, Dec. 6, and Cal State San Marcos on Saturday, Dec. 8.

The first game of the week will mark the second game against a nationally-ranked opponent for the Gators, who are 5-2 this season. The previous game was a 78-71 loss against then No. 7 Cal Poly Pomona last week.

Senior center Ryne Williams poured in a career-high 33 points and 12 rebounds in the loss. He leads the Gators in scoring, rebounds, blocks, three-pointers made and minutes. Williams is also the only Gator averaging double-digits in scoring with 14.4 points per game.

Graduate transfer guard Jiday Ugbaja is coming off a season-high 16 points in a 65-49 win against Chico State this past Saturday, his second-straight game of at least 14 points.

The Gators are No. 1 in the nation in field goal percentage defense, allowing opponents to shoot 35.8 percent from the field. The program also ranks No. 5 in all of Division 2 in scoring defense, giving up just 60.1 points per game.

UC San Diego (7-1/4-0 CCAA)  is considered the class of the CCAA, winning the conference championship last season before dropping the first-round of the 2018 NCAA Division 2 Men’s Basketball Championship 81-67 to Cal Baptist.

The Tritons are led by senior guard/forward Christian Oshita, who is averaging 19.5 points and 4.5 rebounds in four games. The swingman was named CCAA Player of the Week for the week of Nov. 20. He was the CCAA Tournament MVP last season and an All-First Team member.

The Cougars have yet to win a conference game in three matchups, and SF State looks to keep that streak going at four.

Junior forward Kahlil Fuller paces the Cougars in scoring and rebounding, averaging 18.6 points and 8.1 rebounds. He’s coming off a double-double against UC San Diego, putting up 20 points and 13 rebounds, his third double-double effort in nine games.