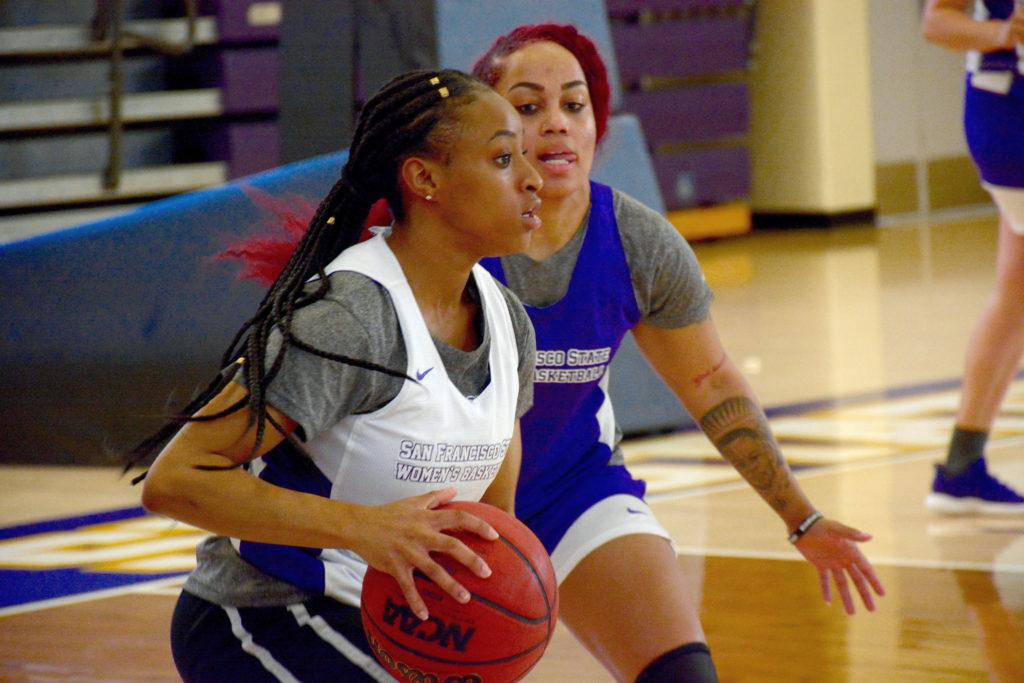 SF State women’s basketball is on the road this week to face No. 12 UC San Diego and Cal State San Marcos in the Gators’ first road conference games of the season.

The Gators will take on undefeated UC San Diego on Thursday, Dec. 6. The Tritons are led by junior forward Mikayla Williams who is averaging a double-double with 22 points per game and 10.7 rebounds per game. The Tritons have been a tough opponent for the Gators. The last time SF State beat UC San Diego was during the 2012-2013 season.

SF State will then play the 5-2 Cal State San Marcos Cougars on Saturday, Dec. 8. Sophomore forward Emma Forel leads the team in points with 13.4 points per game and second in rebounding with 7.1 rebounds per game. The Cougars’ last game was a 54-52 loss to UC San Diego on Dec. 1 in San Marcos.

The Gators have lost their last two games, including a rough shooting performance against Chico State on Dec. 1 where SF State shot 28 percent from the field and 22 percent from beyond the arc. The Gators return to The Swamp on Thursday, Dec. 13, to face the Coyotes of Cal State San Bernardino.