The differences in Trump’s emails and Clinton’s: an explanation 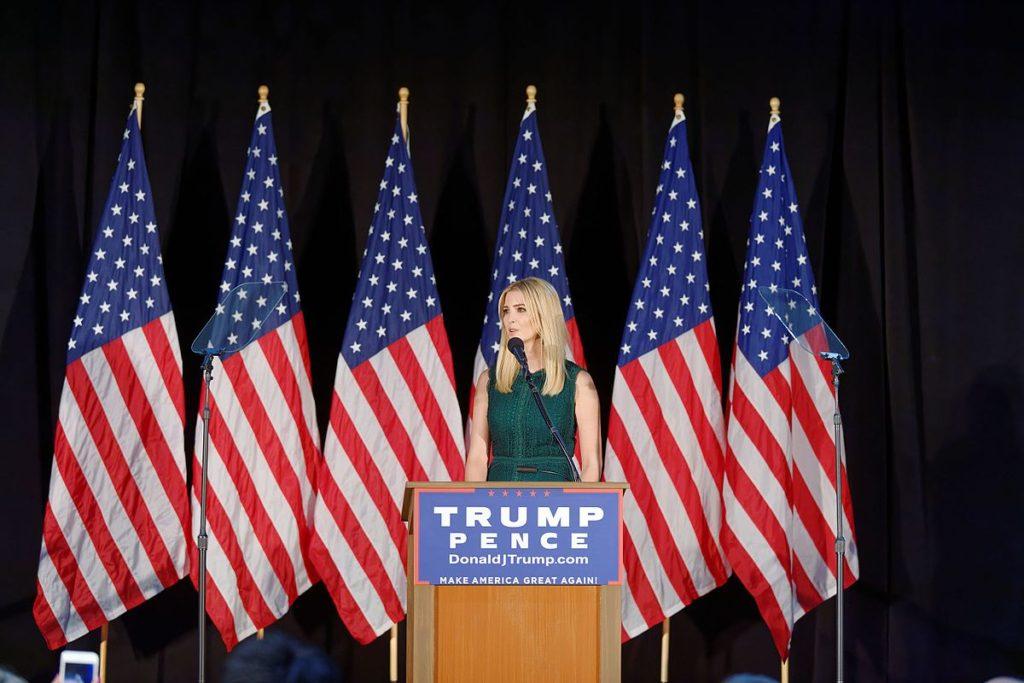 Ivanka Trump, White House senior adviser and daughter of the U.S. president, has been caught in the middle of an email controversy just as Hillary Clinton was when she was running for POTUS. The only thing that is remotely similar to the Clinton email scandal is that it involves a private email account.

Trump made the mistake of using a personal email account to send messages regarding her White House business and has claimed that no classified information was ever discussed. Trump told ABC News, “In my case, all of my emails are on the White House Server. There’s no intent to circumvent.” The emails have not been deleted nor did they contain any information that was confidential. Democrats are set to investigate Trump’s emails when they take over the House in January, which could either help or eradicate her. President Trump says that his daughter’s use of a personal email address was “unlike Hillary Clinton” because of the private server that Clinton used.

The irony is clear, considering President Donald Trump’s remarks about locking Clinton up because of her email scandal, and now his own daughter is in a similar situation. Although they may be similar, the Democrats are playing this out to be bigger than it needs to be. Although Ivanka did violate guidelines in regards to using personal emails, she did not commit a federal crime. The Democrats have made remarks that they will initiate an “aggressive” investigation into the emails and the Trump investigation.

Ivanka’s actions are not as severe as Clinton’s were, but it is safe to say that mistakes were made. Yes, the whole situation is embarrassing for Trump but the similarities to Clinton are slim to none. Clinton was the Secretary of State and had access to exceptionally sensitive information, while Trump is at a much lower level. Clinton was the head of an agency, while Trump is an adviser — this makes the subject matter of Trump’s emails less salient than Clinton’s were. Trump also mentioned to ABC, “All of my emails that relate to any form of government work, which was mainly scheduling and logistics and managing the fact that I have a home life and a work life, are all part of the public record.” Since her home and work life are public record, anyone surprised that she used her personal email account has the Clinton scandal and Trump’s situation misconstrued. All of Trump’s emails have been preserved and archived for further investigation, and Trump was not doing anything to hide her emails.

Any person who works in government should not send business emails from a personal account, but since political scandals are a common occurrence within our government, it is important to see the differences between the Clinton email scandal and Trump’s emails. It is safe to say that what both Clinton and Trump have done regarding their email accounts is wrong, but emailing personal schedules is far less serious than sending thousands of emails containing classified government information.

Clinton sent emails from a server she created from her home in Chappaqua, New York, and Clinton claimed she set the email up for “convenience.” This gave Clinton total control over who she corresponded with, whether they were government officials or not.

In May of 2016, the State Department found that Clinton’s email system violated the government’s policy and she was not given permission to create the email account. The FBI found thousands of Clinton’s emails that had not been turned over to the State Department and found that they were deleted prior to the investigation and had nothing in them that needed to be concealed. Clinton was in the running to be POTUS, which in turn is asking for America’s trust. When she did not provide a definite answer as to why the emails were private, there were people who felt she couldn’t be trusted. Her “convenience” excuse seemed to be cryptic to many and this is what made the Clinton email scandal far worse than Trump’s.

Trump turned over all of her emails to government officials so the air can be cleared as to whether or not they can be deemed “confidential.” Clinton bypassed government servers completely and Trump willingly handed them over to be reviewed with none of them being destroyed or deleted. The Clinton email scandal is still a situation that has people talking, but comparing these two events is just another “apples to oranges” situation between the Democrats and Republicans. The Democrats will believe that Trump’s emails are the same as Clinton’s, but if they are, then why was Clinton never convicted of anything when Trump’s emails are supposedly as “controversial” as hers? We will just have to wait and see the consequences of yet another email wrongdoing.