The Caravan: an act of desperation becomes a weapon 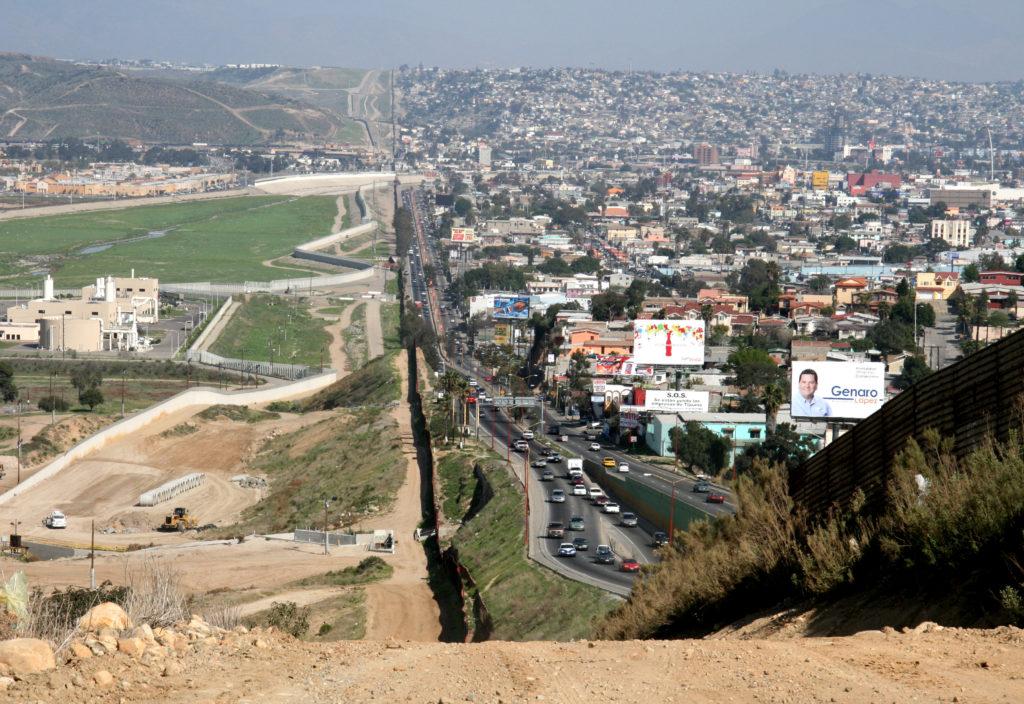 A small fence separates densely populated Tijuana, Mexico, right, from the United States in the Border Patrols San Diego Sector. Construction is underway to extend a secondary fence over the top of this hill and eventually to the Pacific Ocean.

What started as a peaceful protest turned into a violent catastrophe when the migrant caravan, a group of nearly 100 Central American migrants, reached the U.S.-Mexican border near the city of Tijuana and “violently” tried to cross the fence into the U.S according to BBC News an operational business division responsible for the gathering and broadcasting of news and current affairs.

A group of migrants started a march carrying pro-immigration banners, then once they got pass the security cordon, people ran to the border to try to climb the fence. U.S. Border Patrol agents then used tear gas on the migrants to keep them from crossing the border.

The desperation of my people trying to attain a better life for their children and for themselves is heartbreaking. I had the misconception, or maybe wishful thinking, that the violence against us was much further from home.

When I read about this happening near my hometown, which is a little city near Tijuana called Ensenada, Baja California, I was outraged.

Over the past weeks, almost 7,500 migrants from mostly Honduras, Guatemala, and El Salvador arrived at the U.S.-Mexican border seeking asylum from the violence in their countries, which increases day by day with drug cartels, as well as unbearable living conditions and poverty.

A migrant caravan’s desperate attempt to find a place in the U.S. is not the first or last time this has happened.

The new president of Mexico, Andrés Manuel López Obrador, said, “In this way, we confront the phenomenon of migration, because he who leaves his town does not leave for pleasure but out of necessity,” according to Insider.

We live in a world that promotes the best things about living in America. We have higher education, better food, more job opportunities and overall we seem happier than most other countries. What we do not offer is a real representation of the poverty, the struggle of having to get into debt to get a college education, not having enough jobs, or minimum wage not being enough to pay for rent. Unfortunately, most immigrants have the idea that all these things will go away as soon as they enter the U.S.

With no surprise, after what happened at the border near Tijuana, President Donald J.Trump tweeted, “Mexico should move the flag-waving Migrants, many of whom are stone cold criminals, back to their countries. Do it by plane, do it by bus, do it any way you want, but they are NOT coming into the U.S.A. We will close the Border permanently if need be. Congress, fund the WALL!”

This is very frustrating. How do we explain border tensions to children when adults can barely understand what it means to live in a world in which we restrict people from entering land we stole? How can we trust the government to help us live in a better world when the people we are supposed to rely on have this racist mentality that labels all migrants as criminals?

In my experience, living near the border was always positive, given that I had the best of both worlds. My parents would take me back and forth to Ensenada to visit my grandparents while I was living in San Diego.

On average, crossing the border takes around 45 minutes to an hour, according to U.S. Customs and Border Protection. This only happens when you try crossing at 4 a.m. when there are barely any cars or if you have the luxury of having a SENTRI card, which is a pre-screened pass to use dedicated lanes across the border.

When coming to the U.S., I would see officers patrolling with dogs trying to find guilty people with drugs hidden in their cars. However, when I came back to Mexico, we would just cross with nobody looking into our passports or inside our car. I came to the realization that the measures they took were not the same.

The repercussions of immigrants trying to cross the fence might just be another way for Trump to argue what he has been saying since before he became president with his judgemental comments about Mexicans being criminals. Although some might argue that these people were so desperate to find a solution to their situation given that they had been detained in Mexico waiting for asylum. This may have set us back in ways that we are yet to discover.