New sensei to take over SF State judo club in 2019 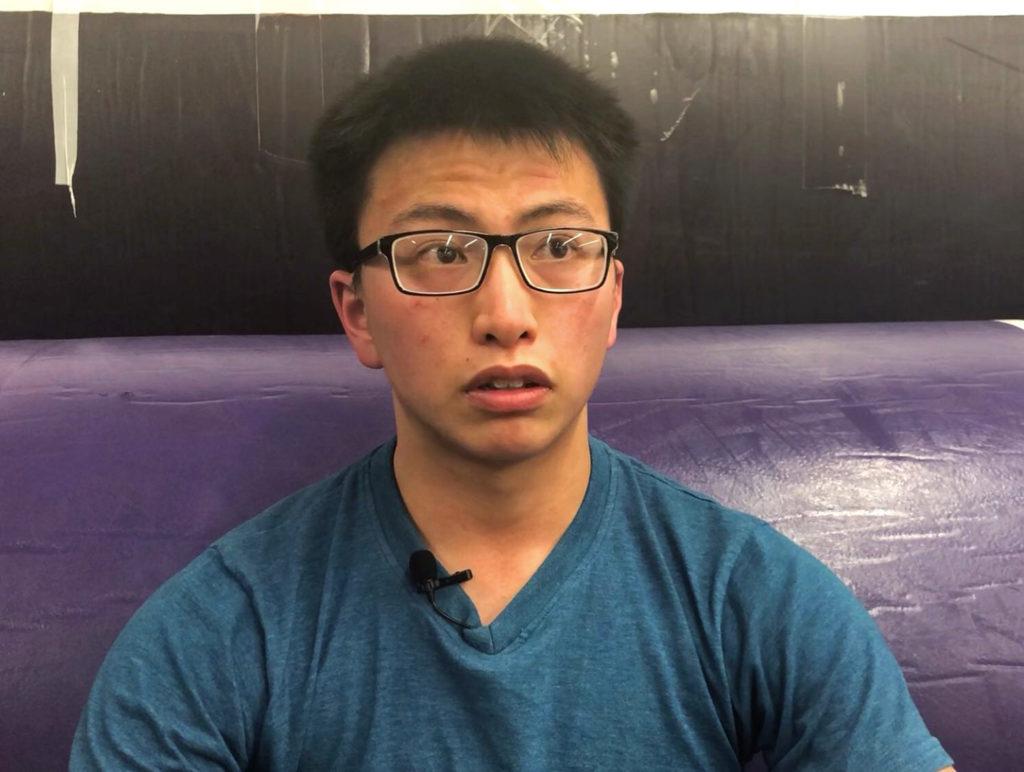 The SF State judo club will see a changing of the guard as a new sensei will take over in the spring of 2019.

The current sensei is Yevgeniy Sosnovskiy, a former SF State student who has won state and national tournaments. Sosnovskiy will be leaving for the military and has chosen his longtime friend Swain Wong to take over as the new sensei of the judo club.

Sosnovskiy and Wong first started out as rivals who competed against each other, but four years ago the two reconnected at a different dojo where they became close friends.

When Sosnovskiy took over as sensei of the judo club, he occasionally brought Wong, a San Jose State student, to help him demonstrate technique. But over time, Wong was at every practice to help teach the students.

Wong originally did not want to become the new sensei because he was afraid of teaching bad technique to students, but Sosnovskiy persisted because he knew Wong was the only person that could replace him and keep the same vibe of the judo club.

“[SF State judo club] is definitely not a traditional dojo. We don’t care about dress; it should be more focused on judo rather than appearance. As long as the judokas (athletes) respect each other that’s all that matters,” Sosnovskiy said. “I think Swain will definitely continue that. His mindset is like mine, I don’t even doubt it.”

Wong enjoys the laid-back atmosphere of the judo club, which he believes allows a broader audience to come into the club and learn. Wong was critical of other clubs just wanting to win and said that can hinder the growth of the students.

“Judo is about learning,” Wong said. “Even with 10th degree black belts, they’ve been learning all their lives. So how can some clubs be so ignorant of that? That’s what I like about this club. Everybody is here to learn, whether you’re experienced or not, you’re here to learn.”

Sosnovskiy has been letting Wong take more control of practice to prepare Wong for next semester. Many students go to Wong for technique advice because he is smaller than Sosnovskiy and has a different fighting style.

Despite Wong’s lack of experience leading a dojo, Sosnovskiy believes Wong will do well as a sensei.

“I think he’ll do great,” Sosnovskiy said. “What he needs to work on is the leading aspect. He hasn’t had too much training in that or provided the opportunity. But we’ve been working on it.”

Judo club president Nick Mitchell believes Wong is a good choice as the new sensei of the club. Mitchell doesn’t believe the sensei change will affect the club too much since Wong has been a part of the club for so long.

“I think he’s very qualified as a sensei,” Mitchell said. “He’s one of the best choices Yevgeniy could have made.”

Wong said he will keep the format of practice relatively the same but he will implement more of the techniques that fit his style.

Wong has never been a sensei before, his focus was always on learning and getting better. Now that he has to teach others, it is a new challenge that he is ready to face next year.

“I’m pretty excited, a little bit of nervousness but I think that’s how it is with a lot of people going into new positions,” Wong said. “The fact that there’s a little bit of unknown, that’s where people get a little worried, but the fact that I’ve seen the routines, I’ve been here long enough to understand how things go, I feel a little bit more confident.”