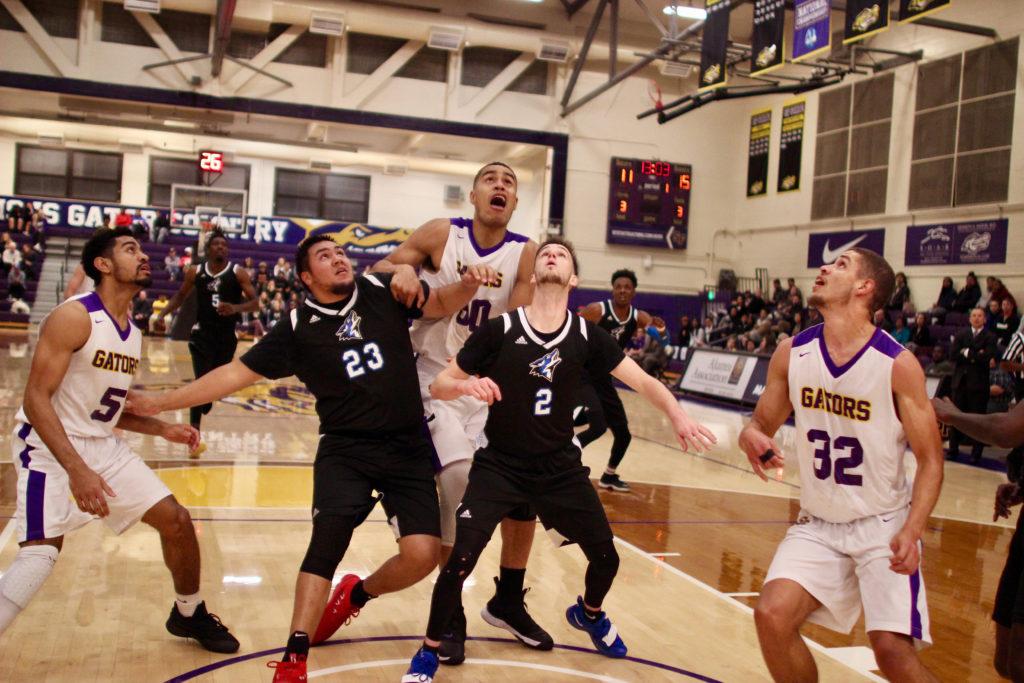 A huge corner three by Balser with 47 seconds to go made it a two-possession game for the Gators, who led 76-72. It was his third triple of the night.

“If I got the ball, I knew that it would eventually go in,” Balser said of his dagger three. “I haven’t been shooting the ball great lately, but I knew that if I got a clean look, I was for sure going to shoot it and fortunately it went in.”

It was Balser’s fifth-consecutive start and his first game this season in double-figures after being inserted into the starting lineup against Cal Poly Pomona on Nov. 29.

“I’m not looking to get mine all the time,” he said when asked about being named the starting two guard. “Helping move the ball and getting others involved kind of helps us with the flow of the game.”

“Jordan’s such a good, steadying force for us,” Inglima said. “He’s very fundamental and predictable on offense, so I feel like he helps everybody else play better whether he scores or not. Regardless of what he’s producing stats wise, he just makes us run really smooth when he’s out there.”

Balser would finish the game with 15 points, five rebounds and one assist in 28 minutes. He shot 3-of-6 from the field, all from deep. Balser also went a perfect 6-of-6 from the free-throw line, tying both his season-high in makes and attempts with the previous outing against Academy of Art University on Nov. 9. He also showed up on the defensive end, matching a career-high three steals.

The Gators win was their fifth game of the season that was decided by single-digits, with the team going 3-2 in those games. Both losses came against nationally-ranked teams, a 71-78 overtime loss to No. 7 Cal Poly Pomona and a 79-89 loss against No. 10 UC San Diego.

The win against San Bernardino served as a confidence boost for the Gators who have had half of their games this season come down to the wire.

“It [Tonight’s win] was a really good confidence boost for us to get into that situation, kind of exercise our demons from the last couple of games where we had opportunities to win and this time get over the hump,” Inglima said. “Defensively we were phenomenal down the stretch and I’m really proud of our effort there.”