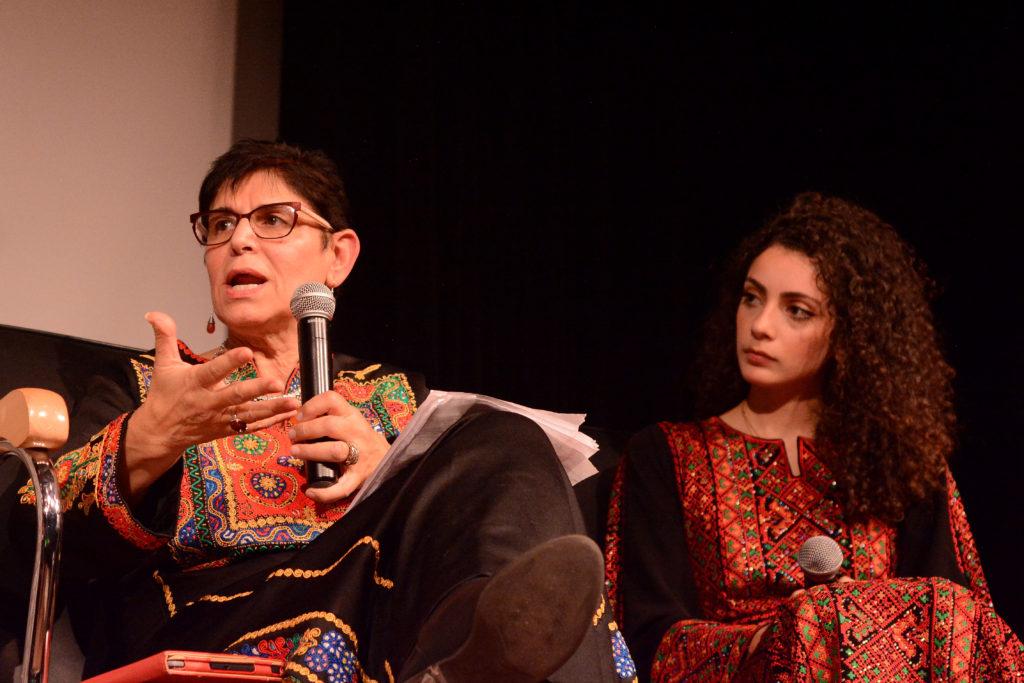 A tenured professor filed a lawsuit against SF State President Leslie Wong and other top-ranking administrators on Jan. 14, alleging discrimination based on her race, health and political activism.

Arab and Muslim Ethnicities and Diasporas program director and professor Rabab Abdulhadi alleges in the suit that Wong, Vice President of Student Affairs Jennifer Summit and former Provost Sue Rosser acted on behalf of Zionist organizations who donate money to the SF State.

As of press time, the administrators named above, who are listed as defendants in the case, have not responded to this Xpress reporter’s inquiries.

In the lawsuit, Dr. Abdulhadi claims these administrators helped foster a hostile work environment by launching repeated investigations into her research, excluding her from cohorts and canceling trips to Palestine to stall the AMED program at the behest of pro-Israel groups like AMCHA, the Jewish Community Relations Council and SF Hillel.

“It’s at the crux of the problem,” Abdulhadi said to Xpress in a phone interview. “It robs me of time when I have to exert effort to respond to these issues that they create.”

She said her work teaching students advocacy for anti-colonialism is misconstrued as anti-Semitism by these groups to frighten the Jewish community, villainize her nation of origin, Palestine, and obstruct her position at the helm of the AMED program.

The First Amendment complaint also states that SF State administrators use “kid-gloves” when responding to complaints from Hillel or AMCHA, but remain silent when Abdulhadi is repeatedly sued by anti-Palestine organizations, despite the cases being dismissed with prejudice by Judge William Orrick, or when smear campaigns defame her as anti-Semitic.

Investigations that started in 2014 were used in the lawsuit. Abdulhadi had to take time to respond in and out of court, and is still diverting time and energy to cooperate with the investigations.

“Everything becomes a mountain of paperwork,” she said. “It’s an attempt to kill my spirit as an educator [and to] prevent people from learning about Palestine and the indivisibility of justice.”

Behnam Gharagozli, the plaintiff’s attorney, said because these Zionist organizations happen to be affiliated with wealthy SF State donors, they use the same tactics of intimidation that reflect the political landscape between Israel and Palestine.

In the lawsuit, it is cited that Wong’s positive attitude toward the AMED program shifted after a trip to Israel on behalf of the JCRC in 2012.

“Information on this trip’s itinerary, flights and accommodations, meetings, goals and objectives has not been made available to the university community,” according to paragraph 27 in the lawsuit.

Another example used in the lawsuit is a coffee meeting in 2017 between the Executive Director of SF Hillel Ollie Ben and Vice President for Student Affairs and Enrollment Management Luo Luo Hong regarding Hillel’s exclusion from the Know Your Rights Fair.

When General Union of Palestine Students hosted the fair, the group chose not to invite Hillel, which, amid other allegations of discrimination, prompted Hillel member Jacob Mandel and four other Jewish students to sue the University Board of Trustees for religious and political discrimination in June 2017.

Gharagozli said the university launched an investigation, but it was a “witch hunt.”

“It started a bunch of litigation that is a waste of taxpayer dollars and acts as a diversion,” he said. “And for them to have found nothing — allegations unfounded — multiple times, you’d think that would be big news, but it wasn’t. The allegations were publicized loudly, but the findings were told in a whisper.”

“We’re very concerned in general with academic freedom and protecting all faculty… which involves any professor, regardless of their political position,” Martel said. “We want to make sure they can all teach what they want to teach and have the freedom to express themselves without worry of a ton of outside pressure.”

“There are not many programs at our school that touch on intense political discussions and issues,” he added. “So AMED is no way unaffected by national and international politics.”

Abdulhadi’s complaint also alleges that SF State administrators breached stipulations in her hiring contract and misrepresented the job description to convince her to leave her prior position at the University of Michigan in 2007.

“I am not supported in what I was hired to do,” she said. “Instead the program’s growth has been stunted.”

Attached to the lawsuit is Abdulhadi’s hiring contract that states she would be provided with two paid assistant professors that would be paid for by the university.

In 2009, however, she was told there was not enough funds in the budget and that once there were the college would begin the search.

Abdulhadi said the search is still stalled, and she has had to pay for expenses out of pocket.

Martel said another major union concern is ensuring that SF State honors its contractual obligations to its professors.

“When you get hired with certain understanding that something is going to happen, as a union we want to protect those rights because people leave their jobs to come work here,” he said.

Gharagozli said the lawsuit was filed with the intent to save the AMED program from constant scrutiny and litigation that drains its funding, and hold the university responsible for its contractual agreements when it hired Abdulhadi.

“Abdulhadi joined SFSU primarily because of its values and the rich history of fostering social justice and resisting oppression,” Gharagozli said. “However, she categorically opposes the senior administrators at SFSU who infringe upon the university’s own ideals and mission statement of promoting justice for oppressed people. She was forced to bring this lawsuit due to the actions of these administrators.”

The lawsuit also alleges that administrators have not met her requests to accommodate her medical disabilities by granting her a smaller course load, more online-only courses and moving her office closer to her classroom.

“They make my life miserable by creating conditions impossible to work in,” Abdulhadi said.

Gharagozli said Abdulhadi was hired as a tenured professor and SF State cannot fire her outright.

“So what they try to do is make her working conditions so intolerable that she quits out of her own volition,” he said.