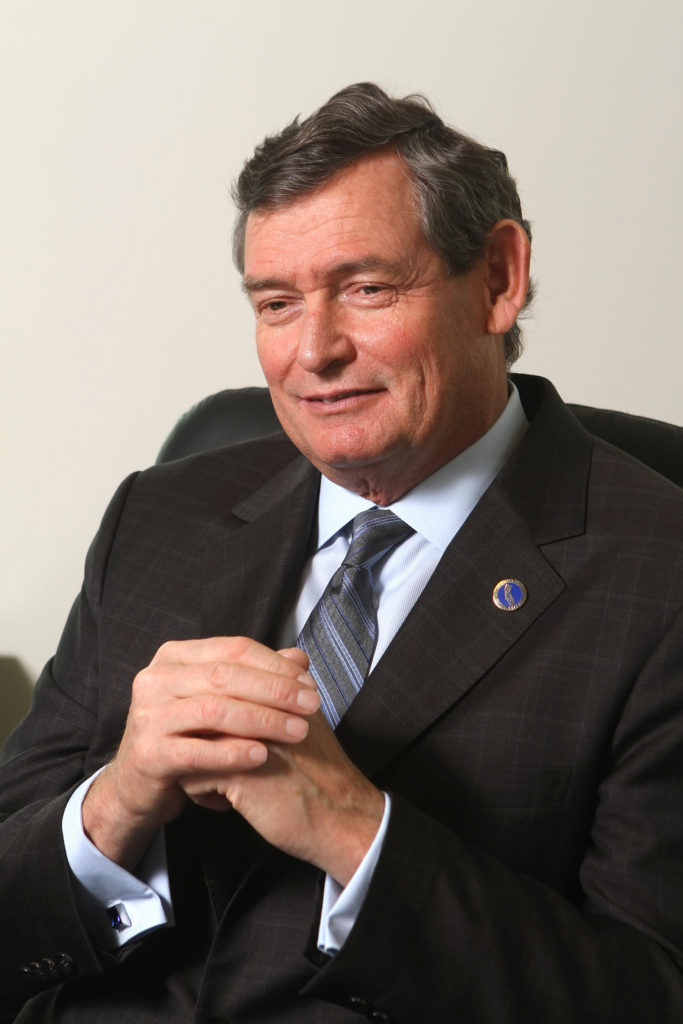 California State University Chancellor Timothy White is set to become the first man to receive the 2019 Leadership Champion award, according to a CSU press release on Tuesday.

Leadership California, the organization presenting White with an award, is dedicated to the representation and the diversity of women in leadership roles across the state.

The new award Chancellor White will be receiving, Leadership Champion award, honors men who champion for women leaders and is dedicated to advancing women in leadership positions, according to the CSU press release.

Rachel Lee, art history and studio art major, said it’s interesting that a man is receiving an award by an organization that exculsivley recognizes women who advance their and other women’s careers.

“One would think it would be a woman receiving this award,” Lee said. “However, it’s nice to see a man use his power and knowledge to uplift women into more leadership based roles, and acknowledging that there needs to be more women involved in leadership.”

About 52 percent of the CSU presidents are women, according to CSU Women and Leadership webpage.

“Dr. White is a champion of inclusive excellence and student success, and a proponent of bringing individualized education to scale,” Leadership California wrote in a short profile featuring Chancellor White and other honorees of the award.

“As Chancellor of the California State University, Dr. Timothy P. White leads one of the largest and most diverse systems of higher education in the United States, with 23 campuses and a global community of 479,000 students, 50,000 faculty and staff and more than 3.3 million alumni,” it reads.

Chancellor White, along with other honorees, will be recognized at the annual Legacy of Leadership celebration at the Omni Los Angeles Hotel at California Plaza on May 6.