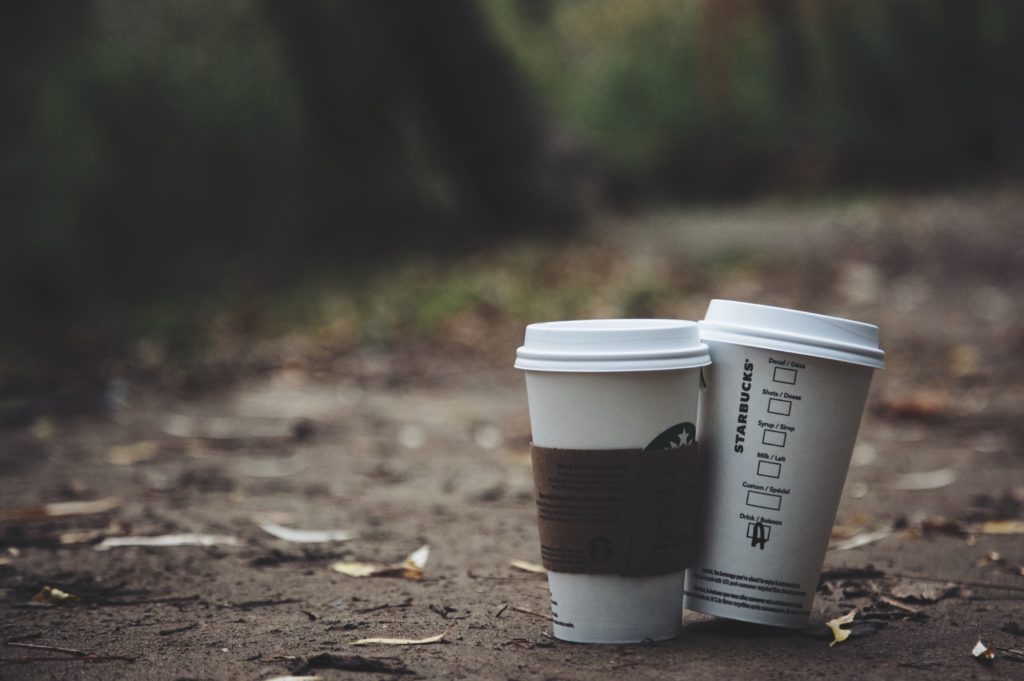 Once upon a time, a quarter was worth more than a chalky gumball from a candy machine. In the 1950s, gas averaged 25 cents per gallon and a single movie ticket could be purchased with just two quarters.  A pound of coffee went for just 75 cents and made approximately 2312-ounce cups. Fast forward nearly seven decades and a quarter will now only cover the price of the paper and plastic packaging used to contain your liquid energy.

In 2020, Berkeley will be the first city to issue a 25-cent fee on disposable cups in restaurants and surrounding coffee shops. Not only will consumers be accountable for the fee if a reusable cup is not presented at checkout, but all restaurants, sit down or fast food, will be required to use compostable and reusable foodware. Known as the Single Use Disposable Foodware and Litter Reduction Ordinance, SF Gate has predicted it to be “the most progressive zero-waste initiative ever implemented in a city.”

“Plastic has helped advance innovation in our society, but our infatuation with single-use convenience has led to disastrous consequences,” wrote Brown in a release after signing the bill.  “Plastics in all forms — straws, bottles, packaging, bags, etc. — are choking our planet.”

Whether Brown meant it figuratively or verbatim, gruesome images of turtles choking on straws and whales dying from ingesting plastic borne of excessive littering on our coastal plains is real and harming marine life.

Similar to the State Plastic and Paper Bag Legislation, California, in particular San Francisco, has continued to be one of the leading forces toward an everyday-sustainable lifestyle. With the initiative to ban plastic bags in 2014 and implement a 10-cent to 25-cent fee for every visit to a store without a reusable bag, littering has decreased. Since 2010, plastic bag litter has decreased by 72 percent.

Ten cents may not seem like a lot, but it has motivated consumers to purchase reusable bags in order to refrain from paying the fee, creating both an environmental and fashion trend. A trend that once began in the Bay Area to reduce plastic waste continues to gain momentum and ubiquity around the world.

Collins Dictionary named ‘single-use’ as the word of the year for 2018. The word means “made to be used once early,” but for Collins refers to a much greater idea, “a global movement to kick our addiction to disposable products.”  Since 2013, the word has seen a four-fold increase in its usage through the help of news stories and public awareness.

As a four-year barista at Starbucks, one of the leading coffee companies in the world, the urgency to implement a strong policy toward improving the environmental issues caused by every single paper or plastic cup of coffee purchased without a reusable cup is necessary.

In July 2018, Starbucks initiated a trial at 35 select stores in London to impose a 5-cent fee for every paper or plastic cup purchased with a drink. Their findings began with only 2.2 percent of customers using reusable cups and afterward rose to 5.8 percent of customers using a reusable cup during the trial. This was with only a 5-cent fee. Imagine if they paid 25 cents a cup?

About 40 percent of college students aged 18 to 24 drink coffee either to get their morning started or stay awake throughout their school or work day. With a leading role in the coffee industry, college students should lead the movement in supporting environmental issues caused by our coffee dependency.

If you’re a coffee addict like me and drink a cup a day, that is an additional $1.25 each work week for an already overpriced luxury item. In just two month the amount of money you’ll have wasted on paper and plastic could have covered the price of a reusable cup. How much are you
willing to pay to conserve our planet?