Three Gators recognized with Gator of the Week Honors 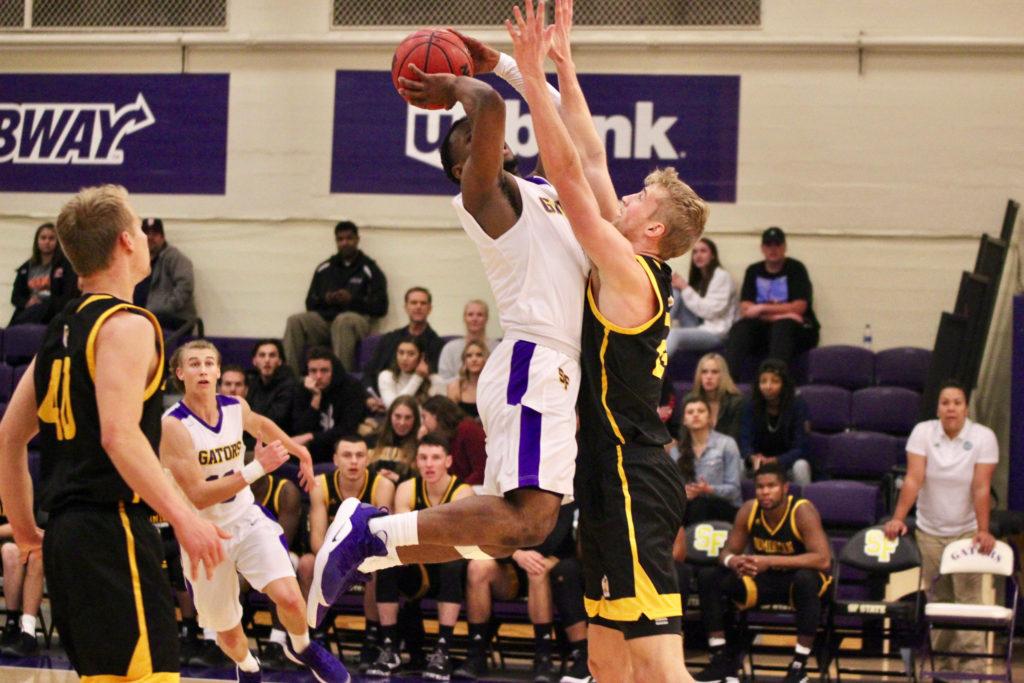 Gator Jiday Ugbaja shoots the ball with Penguin Ezra Talbert trying to block him at the men’s basketball game against the Penguins on Nov. 10, 2018. Penguin Ryan Hiepler and Gator Kenny Macklin are pictured to the right. (Francisca Velasco/Golden Gate Xpress)

A trio of Gators were awarded Gator of the Week honors for the week of Jan. 28, after a victory-filled weekend for SF State, the athletic department announced on Monday.

Henry ran her way to the second-fastest time in the nation, as well as a program record, at the New Mexico Collegiate Classic last weekend, Feb. 1-2, blazing with a 23.98 second time in the 200-meter. Henry finished top-seven overall at the 200-meter event, competing against Division I athletes. This is Henry’s second Gator of the Week honor of the calendar year, with the previous coming on Jan. 14.

Graduate guard Ugbaja was key in SF State basketball’s two-game sweep this past week, averaging 16.5 points a game over the two-game span, highlighted by a 20-point explosion over California State Los Angeles Golden Eagles. This is Ugbaja’s first Gator of the Week recognition during his time at SF State.