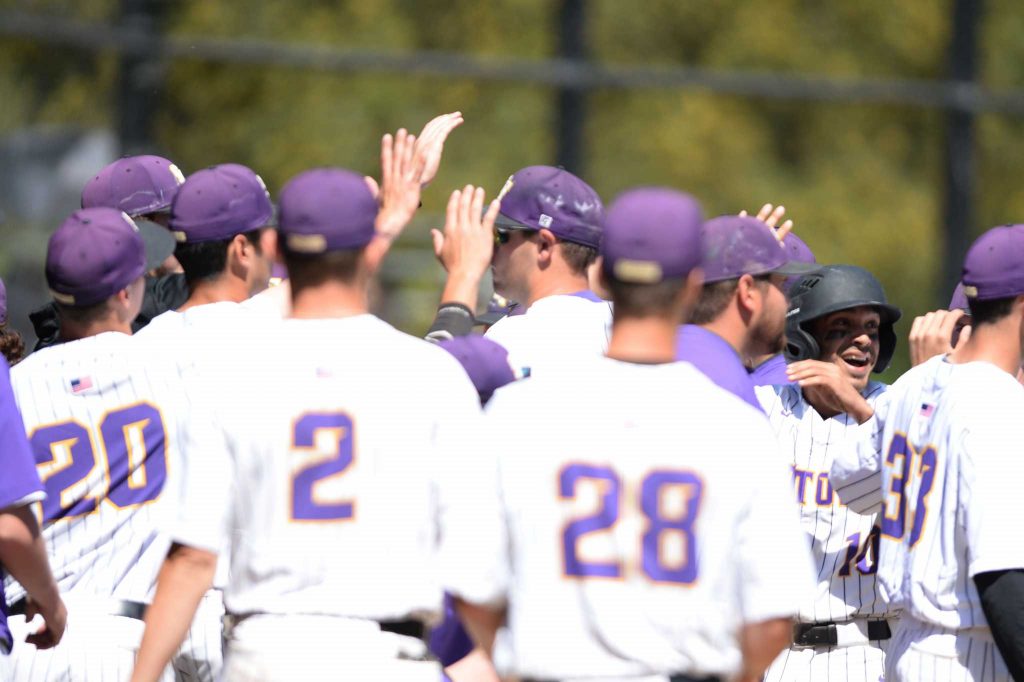 Gators outfielder Jacob Lopez (10 - far right) smiles as he high-fives his teammates during a baseball game between the SF State Gators and the Cal State San Bernardino Coyotes at Maloney Field at SF State on Saturday, Apr. 1, 2017 (Aaron Levy-Wolins/Xpress).

After being washed out by the rain this past Tuesday, the Gators’ baseball team’s season opener is slated to take place this Friday, Feb. 8 at 2 p.m., against the Concordia Cavaliers (2-2) in a non-conference match-up.

The Gators enter the 2019 season looking to expand off of the team’s success of reaching the CCAA Championship Tournament last season. The effort ultimately resulted in an early exit.

The team will be lead by fourth-year head coach Tony Schifano, who reached the tournament in just his third year at the helm.

Senior Infielder Brady Dorn will be returning for the Gators after leading the team on offense last season with a .370/.448/.478 slash line.

The series against the Cavaliers will be a three-game set, with the final two games being back-to-back in a doubleheader on Saturday. The Cavaliers come into Maloney Field having split two doubleheaders against Lewis-Clark State College on Feb 1-2.

Rain is in the forecast for Friday, therefore there is a possibility that the season opener will be pushed back yet again due to the on-going storms that have drenched the West Coast.