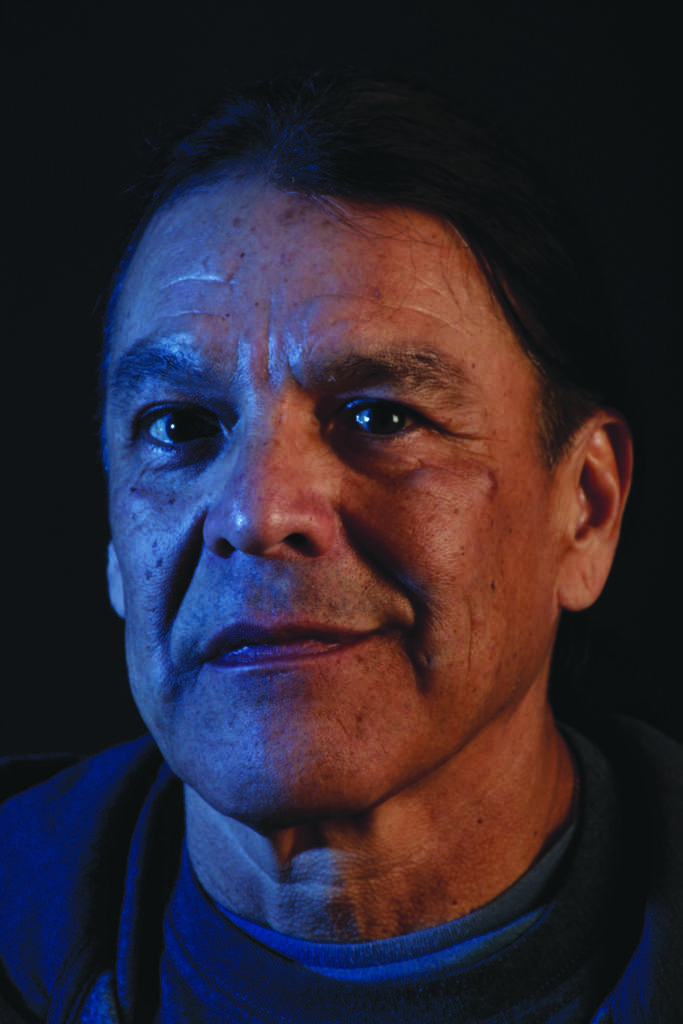 James “Hawk” Lowden smiles on Monday. Feb. 18 as he de- scribes his plan to move back to his reservation in Humboldt County to help members of his community that struggle with alcoholism after he graduates from SF State in the Spring. TRISTEN ROWEAN/ Golden Gate Xpress

A SF State program that helps formerly incarcerated people enter college will receive $250,000 as part of a significant funding increase for higher education, according to Gov. Gavin Newsom’s 2019 budget proposal.

Professor John Irwin founded Project Rebound in 1967 as a University admissions program for people who served time in prison
or jail. The program’s goal is to provide students with the tools they need to be successful in college while avoiding the criminal justice system. Project Rebound offers tutoring, food vouchers, internship referrals and up to $50 for BART fares.

The program currently has 88 students enrolled, with approximately 7-14 new students joining each semester. Among them is 29-year-old English major Steven Abundis, who was referred to the program by an inmate he served time with. Abundis served a six-year sentence and spent four and a half years fighting his case.  Abundis said Project Rebound gives formerly incarcerated men and women the chance to turn
their lives around.

“With Project Rebound, it gives individuals another alternative instead of going back to work or going back to the life that you knew,” Abundis said. “You’re pursuing higher education with people who want to help you. They’re setting you up to win.”

The program is also staffed by formerly incarcerated individuals, including its full-time director, Jason Bell, and several student volunteers.

Most students involved in the program are older, they don’t come straight out of high school as most college students do. Bell joined the program as an adult.

“We come with a lot of fears, of surviving and being able to fit in this kind of place,” he said. “We don’t want to share our background with people out of fear of being ridiculed. This is a hub that makes us all feel comfortable.”

The $250,000 is less than what Bell had hoped for to support Project Rebound programs across nine different CSU campuses, which have been doing the same work for the past three years.

“The budget proposal that we sent to the state legislature was $5 million annually, but we do appreciate it,” Bell said. “We have room to grow.”

He hopes they can continue to educate people on the importance of Project Rebound so they can have more trust in their legitimacy as directors.

“We hold a recipe that works for a lot of people,” Bell said.

For student James Lowden, 57, who goes by “Hawk,” Project Rebound has been his second home.

“It’s been a place that I know I can always go to if I’m in need of support,” he said. “There’s someone who can help me with any questions I have about schooling.  It’s been a safe place.”

Lowden spent his first year after parole in a re-entry program in the Tenderloin. He started school at City College before graduating with honors, receiving his associate degree in social science within a year. Now he’s a psychology major with a minor in holistic health at SF State.

Lowden said this program helped him in many ways.

“Being an ex-prisoner and them identifying with that and knowing where I came from, there’s already an understanding that we have between us,” Lowden said.

For those hesitant about joining Project Rebound, Abundis had a few words of encouragement:  “This is the route to go if you’re willing to sacrifice your time.”