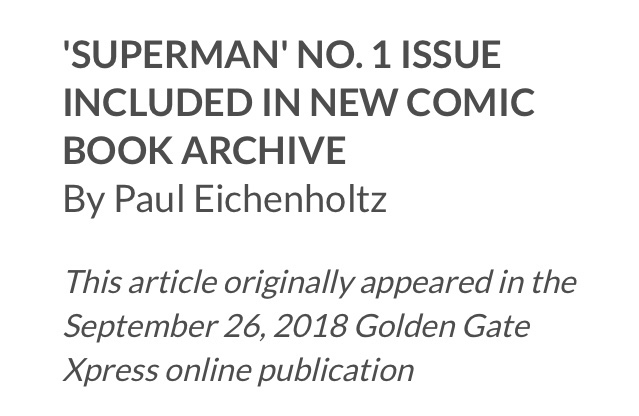 Our independent newspaper has prided itself since 1927 for being a student-run publication, free from the influence of the University and even
our own journalism department.  Recently, this distinction was not only ignored but willfully violated when SF State exploited one of our
articles for profit.

The Office of University Development (UD) used an Xpress news article published on Sept. 26, 2018, without the consent of Xpress reporter Paul Eichenholtz, for donations to the College of Liberal & Creative Arts. Eichenholtz was never notified that his story would be reproduced nor was he paid for his work.

Copyright infringement is the “act of exercising, without permission or legal authority, one or more of the exclusive rights granted to the copyright owner under Title 17 of the United States Code.” A copyright as defined on the University’s Information Technology Services page, gives the “creator of an original work exclusive rights to it, including whether they want compensation for it and how it will be distributed.”

According to this legal criterion and definition, UD willfully infringed upon Eichenholtz’s copyrighted work. Willful copyright infringement can result in criminal penalties, including up to five years imprisonment and fines up to $250,000 per offense.

The University may argue our reporter’s story qualified as fair use, but according to the University’s statement on copyright law, fair use only “allows for the limited reproduction and distribution of published works without permission for such purposes as criticism, news reporting, teaching (including multiple copies for classroom use), scholarship or research.”

If a student was charged with the same type of copyright infringement, the violator would have their internet account shut down until
they met with the Office of Student Judicial Affairs. A second offense would warrant discipline. When the infringed upon Xpress reporter
emailed UD on Monday morning with a cease-and-desist letter, an administrator responded by taking the article down without apology
or offer of compensation.

UD not only infringed upon our reporter’s copyright, but also mocked what our newspaper
stands for — independent journalism.

The Xpress vehemently opposes being used as the University’s mouthpiece. This stance has made our relationship with campus administrators quite adversarial at times, but we remain committed to providing an independent and objective student newspaper.

Unlike the mainstream media outlets some of us aspire to join, Xpress does not pay its reporters, most of whom balance school and work commitments. But just because we’re students doesn’t mean our work has no value. We recognize our stories as the intellectual property that will hopefully pay our bills and put our academic degrees to good use in the future.  And that’s what is most insulting about the University’s copyright infringement of our story.

UD placed two links to donate to the College of Liberal & Creative Arts on our reporter’s article. The University raised more than $133
million from private donations for its BOLD Thinking campaign.  Without a date posted to confirm when the article was used without
our permission, we can’t know how long it was exploited.

This copyright infringement comes at a time when Xpress has repeatedly been at odds with administrators. Our work is criticized and delayed by Student Affairs and Enrollment Management only to be reproduced for their benefit.

If the University can exploit our stories at will, what is the point of having an “independent” student paper? If the University does not respect copyright laws, what example does this set for its student population?

The Xpress demands our reporter be paid both just compensation for his work and an apology from the university for using his work without his consent.