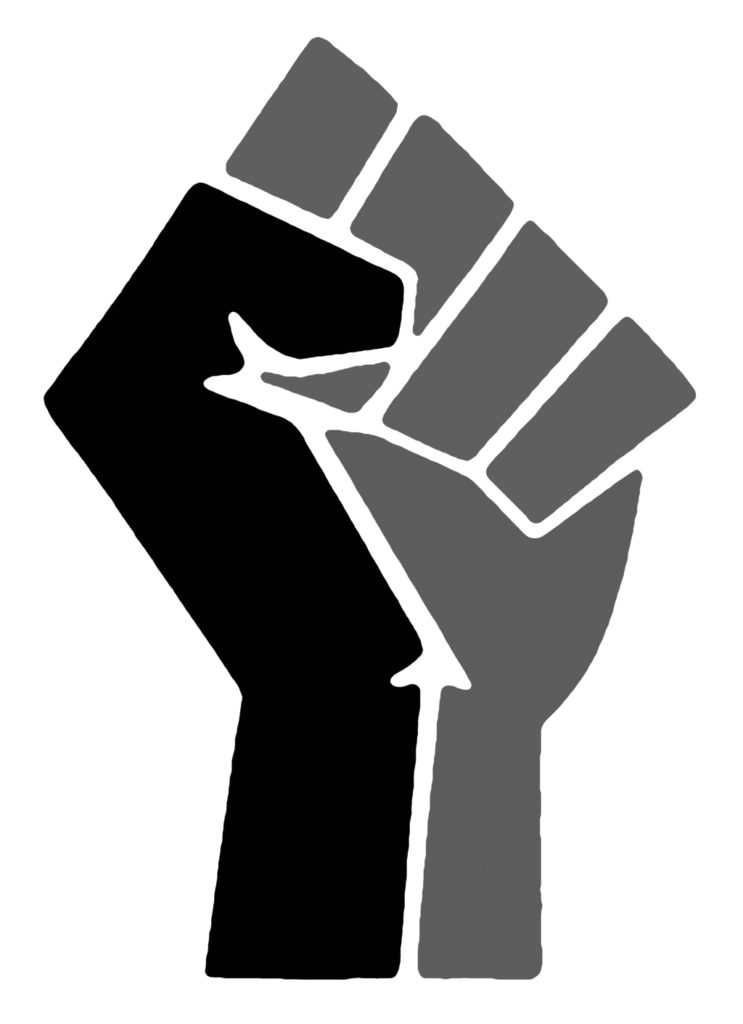 Black student organizations rallied to condemn the Division of Equity and Community Inclusion’s decision to remove the Black Unity Center’s administrative analyst, Hanna Wodaje, from her position in early February.

Members of the newly-formed Black Student Alliance circulated fliers across campus Feb. 11 to express their frustration with Student Affairs and Enrollment Management and DECI’s lack of transparency and cooperation with Black students concerning the leadership of Black spaces.

The group was formed by Black student organizations and leaders after Wodaje’s removal, in an effort to mobilize the Black student body to fight for representation and agency in the decision-making process.

The BSA wants administrators to immediately reinstate Wodaje, a requirement they expressed in their flier campaign, and they pledged not to involve the BUC in any Black History Month events. The group urged students not to use the center until their requirements are met.

The direction and leadership of the BUC has been a source of conflict since the center’s founding in August 2017. The abrupt dismissal without explanation of the center’s interim director, Dr. Serie McDougal III, in June 2018 was especially controversial. Since then the center has functioned without a permanent director.

“Black students at San Francisco State University have been fighting to have our voices heard for over 50 years on this campus,” Ashley Elana Wells, BSU board member and member of the BSA, said. “The Black Unity Center is just one of those many struggles.”
Confusing and upsetting removals
The BUC includes a list of seven stated objectives on its website, and the first reads as follows:

“To function as a nexus for intellectual development and passing on the Black intellectual tradition so that it may be used to engage in deep and creative thought about exploring, understanding and addressing the challenges that face Africana communities and society at large.”

It is this goal that makes the removal of Wodaje and McDougal so confusing to students who frequent the center.

McDougal previously served as chair of Africana Studies at SF State and has served as a faculty adviser to several Black student organizations on campus for the past decade. Wodaje is a former leader of the BSU and was instrumental in the BUC’s creation. She has worked directly with students since her temporary appointment in May 2018.

Wodaje stepped in as an informal director and has successfully kept the center afloat since McDougal’s removal, and according to the BSA, both are more than qualified to lead the BUC.

Wodaje declined to comment while McDougal offered one piece of advice for the DECI.

“What should take precedent is Black students’ ability to determine what works for them,” he told Xpress.

The BSA urged administrators to reinstate McDougal as the interim director and Wodaje to a permanent position. They also asserted that McDougal should be appointed chairperson of the search committee to find a permanent director for the BUC.  They said Black students should have a “fair voice” over their spaces, and a role in the search process.

The BSU first demanded the university provide a common space for Black students to connect, to obtain tutoring and counseling and to attend cultural programs with the goal of closing the education gap by raising retention and graduation rates in 2015, but those requests did not become a reality until students led a 10-day hunger strike in May 2016. It was then that SAEM agreed to fund the BUC with the promise
of a full-time paid staff.

Wodaje, an alumna of the College of Ethnic Studies who majored in Africana Studies, played a crucial role in the 2016 hunger strike as a student. She was an outspoken supporter of the strike, mobilizing students as co-president of the BSU.

“Since the establishment of the Black Unity Center, Dr. McDougal and Hanna Wodaje have strengthened and improved students’ learning experience at all levels, by connecting, advising and organizing over 30 cultural programs for Black students,” Wells said. “Since the termination of McDougal’s position as interim director, the Black Unity Center has not put on any cultural programs for Black students and
it has failed to direct and improve Black students’ success and learning experiences on all levels.”

Political Science professor James Martel, president of the SF State chapter of the California Faculty Association, recalls the upsetting decision in June 2018 by DECI and SAEM to deny McDougal the chance to come on as a full-time, permanent director of the BUC.

“Serie McDougal was doing an amazing job as director of the Black Unity Center,” Martel said. “The students loved him and he was let go with no warning, no chance to correct his behavior [and] for no reason that has ever been explained to anyone.”

The CFA proposed a resolution to the union supporting McDougal’s reinstatement in October 2018. According to the resolution, neither student groups, like the BSU, nor the Academic Senate were consulted on McDougal’s removal.
Students feel unsafe, exploited
Wells said Black students feel unsafe, uncomfortable and unstable in the absence of Wodaje and a permanent director at the BUC.

“In order for students to feel safe again in the Black Unity Center we, the Black Student Alliance, have provided [interim assistant vice president for DECI] Manuel Pérez and [vice president of SAEM] Luoluo Hong with solutions to fulfill our needs,”she said.

In an email to Xpress, Pérez said that Wodaje was hired on an emergency basis and that she was not fired from her position, her contract simply ended in November.

“Since then she has supported the Division’s efforts to close the educational equity gap for all underserved communities through an emergency hire appointment in the Office of Diversity & Student Equity,” Pérez said.

Wodaje’s role, administrative analyst with the Office of Diversity & Student Equity, is the same one she held with the BUC, but just as her previous role, it’s on a temporary basis.

According to Pérez, DECI held a search for a new director in Fall 2018 that was ultimately fruitless.

“A job offer was extended to one of the finalists, with the full support of the search committee,” he said, but the person whom the committee selected to take McDougal’s place declined the offer, so Pérez said the search reopened during the Spring 2019 semester. The committee will review more applications starting this month.

BSA members attribute the instability in the BUC’s leadership to SAEM’s uncooperative practices. The group told administrators they require two Black students who hold leadership positions within Black student organizations to be on the hiring committee for each open position.

Damion Square, an Africana Studies and BECA major, is the co-founder of the BSA and is also a board member and political
education coordinator for the BSU.

He said President Leslie Wong and administrators have failed to meet their fiduciary responsibilities to provide Black students with a safe learning environment, programs that prioritize Black students and resources to protect and provide them with the opportunity to learn and graduate at the same rate as their peers.

“The BSA refuses to allow administration to continuously exploit Black students’ suffering, bodies and legacy,” he said.
‘Fake representation’
According to Martel, it has become the norm for SAEM to bring in staff from outside the SF State community who are more in-line with the administration’s agenda.

“They come up with a pseudo-community member that they cherry pick [from outside of SF State],” he said. “It is really a problem, they constantly fail to confirm or check with anyone and [they] do not engage.”

He added, “The Academic Senate was very concerned about this because they had commended [McDougal] and then a month later he was summarily kicked out of the position with no explanation.”

Martel called their management style “fake representation,” and said the CFA argued that McDougal be restored to his job.  “[The union asked] that the Black Unity Center be taken away from Student Affairs, which I think is horribly managed, and [instead] brought under the Africana Studies or the Ethnic Studies department or some other appropriate unit,” he said.

Among the BUC’s stated objectives is building bridges between Africana students and the university, but the BSA said the unjustified removal of its founding members has done the opposite.

The BUC is now supported by three full-time and permanent professional staff positions, none of whom have any prior connection to the BUC.

The newest hire is Briana M. Williams who replaced Wodaje as administrative analyst and specialist on a permanent basis, which is something neither Wodaje or McDougal were ever offered.

Williams is an alumna of CSU East Bay, where she worked with the planning committee for CSU East Bay’s Black Student Union. She also did personal outreach in the East Bay, but the BSA said SAEM’s decision to hire someone from outside the SF State community who lacks Wodaje’s
rapport with students is unacceptable.
Roots in protest
“As of Feb. 14, we are in receipt of a list of requirements from the Black Student Alliance in regards to the Black Unity Center,” Pérez said. “We take very seriously the concerns of the students and are weighing administrative decisions and future programming pertaining to the Black Unity Center with care and concern.”

Pérez said his office is unable to provide additional comments on confidential matters related to hiring.

According to Martel, the uncooperative nature of personnel decisions made by SF State administrators with regard to the BUC could be backlash for the center’s roots in protest.

“There is a lot of hostility towards things that come out of protest,” he said. “There was never a will for the Black Unity Center to thrive. Then it was thriving so that wasn’t good for administration.”

Martel said McDougal may have been too effective in his role defending and supporting Black students and the BUC, and in failing to submit to his superiors, he was targeted.

“It sounds like they are continuing this pattern of letting go people who do anything good for [the BUC],” he said. “[Then they bring] in people who don’t know and have no connection whatsoever to the community.”

Square said Black students at SF State are a part of a historical legacy that started with the fight for the BSU and the longest student
strike in American history in 1968.

“San Francisco State University has romanticized our struggle and pain, and has used it as a marketing campaign to promote how ‘active’ and ‘diverse’ our campus is,” he said.