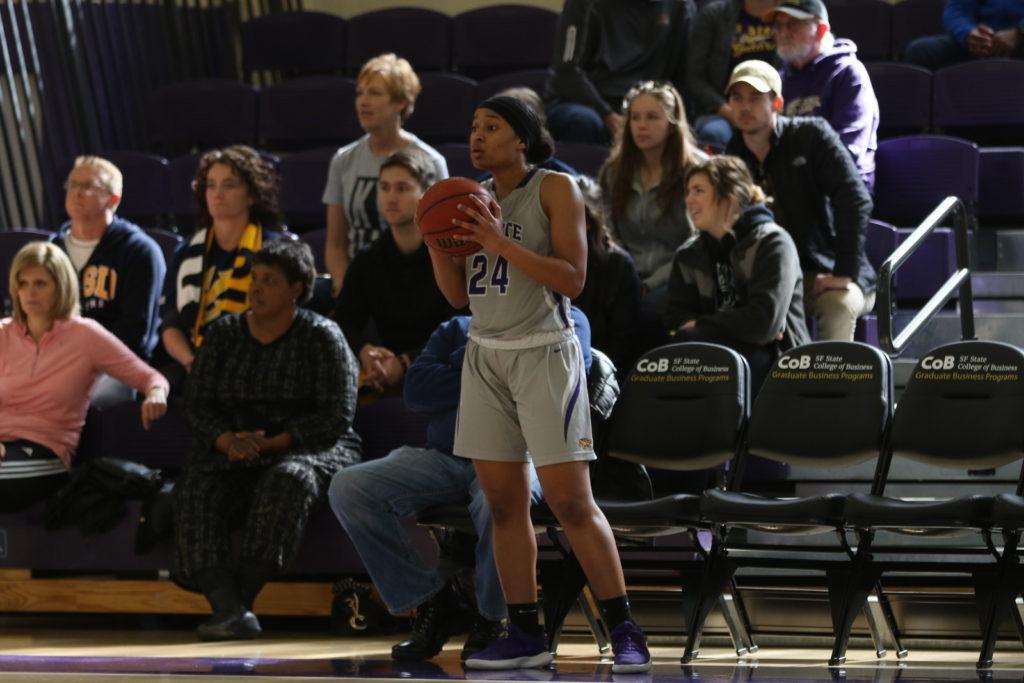 For the first time in six seasons, the Lady Gators will take part in playoff festivities as they hit the road to take on the No. 2 team in the nation.

Despite dropping their final game of the season on the road at Humboldt State 76-66, SF State won the tiebreaker against Cal State San Bernardino and Chico State to make the CCAA Playoffs for the first time since 2013, where they were also seeded No. 8.

SF State will face undefeated No. 2 UC San Diego for the second time in 11 days, with the previous outing a 55-77 loss on Saturday, Feb. 23.

The Tritons swept the season series against the Gators, with the other matchup a 78-102 loss for SF State back in December.

Should the Gators pull off the upset against the Tritons, they would travel to Cal State East Bay in Hayward, Calif., where the semifinals and championship game will be played.

The Gators would play the winner of the No. 4 Cal State San Marcos/No. 5 Cal State Dominguez Hills matchup on Friday, March 8 at 2:35 p.m.

If Cal State East Bay, the No. 6 seed upsets against No. 3 Humboldt State, then the Gators would switch start times as East Bay is guaranteed to play in the 2:35 p.m. game.

SF State would then tip-off their semifinal matchup at 12:05 p.m.

The championship game will be held on Saturday, March 9 at 5:05 p.m.