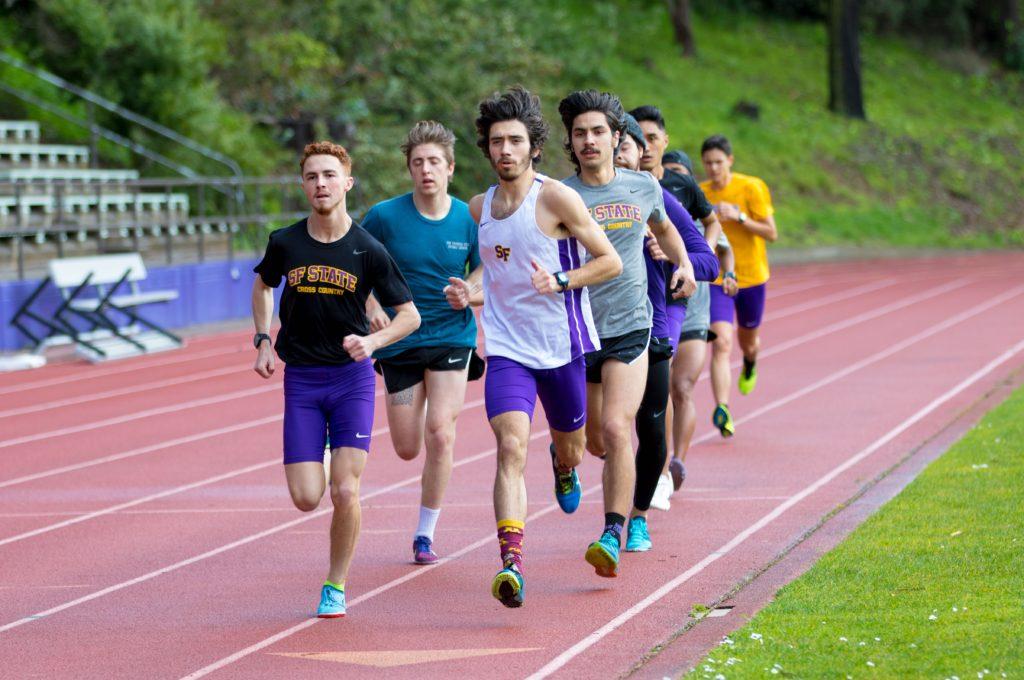 SF State Athletics Department reintegrated the men’s track & field team to the school’s wide range of sports teams after being absent for 15 years.

Director of Athletics, Stephanie Shrieve Hawkins, announced the return of the team on Feb. 20th with the first competition two days after that.

For Atzin Cardiel, a creative writing major from Daly City, the short notice is no problem.

“I don’t think the short notice of bringing up back this program should affect us in any way because we have all been working on our own during winter break and have been taking it step-by-step.”

The coaching staff will be comprised of Director of Track and Field and Cross Country Tom Lyons and assistant coach David Urista. Both Lyons and Urista have experience with the cross country team that will serve as a base for the track and field program. Lyons has been working with the Gators men and women’s cross country team for nearly 15 years. Urista has been with the coaching staff since 2015.

Success should be nothing new to the Gators as they have won 10 conference championships in the years the team was active.

“I’m hoping to help the team reach success like they have in the past by staying committed to the workouts that we do each week,”  Cardiel said. In regards to a team orientated aspect, Cardiel says, “The internal competition among my teammates is also another contributing factor that will make us reach and accomplish our goals for the season.”

The program’s first competition was at the East Bay Quad at Chabot College in Hayward, Calif. In the 100-meter, the program had four runners in the top-five, with Ibarra placing first.

The next scheduled meet for the Gators is on Saturday, March 16 at Sacramento State for the Hornet Invitational.