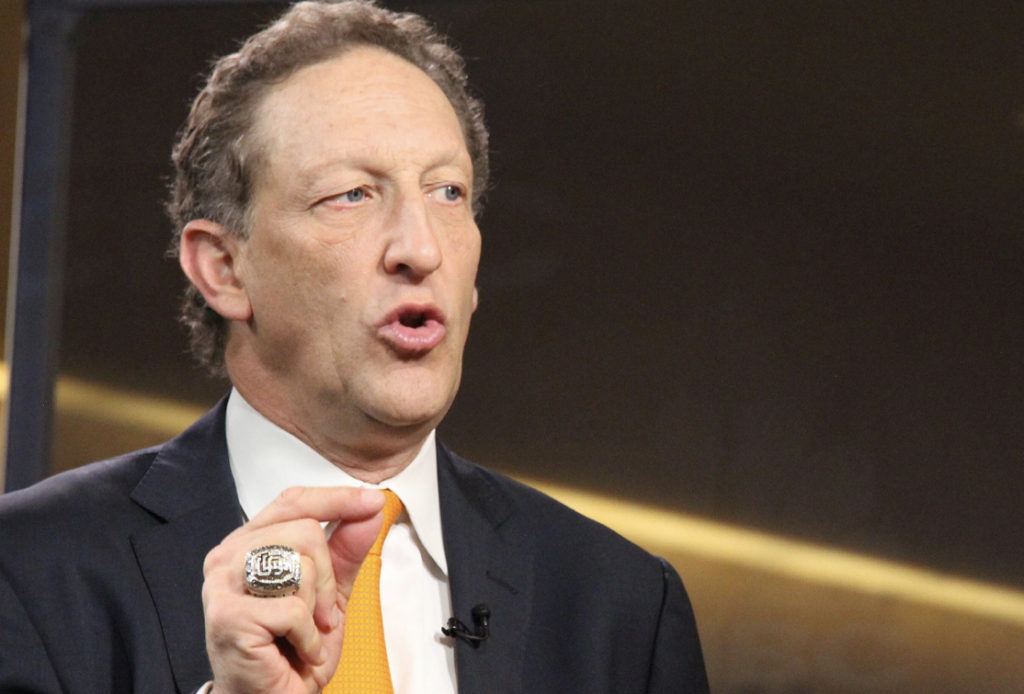 The San Francisco Giants, their fanbase and Major League Baseball have a lot to think about in the wake of a viral video featuring the Giants President and CEO Larry Baer pulling his wife Pam to the ground in front of a Hayes Valley coffee shop Friday.

The CEO was pictured standing over his wife in the video, grappling to pry a cellphone from her hands. Pam Baer cried out in terror, “Oh my god!  Oh my god! Help!” to onlookers, as Baer snatched at the phone, tumbling her and the chair she was seated in to the ground. A witness said a pair of men pushed Baer off his wife while others filmed the altercation on smartphones.

MLB announced the opening of an investigation within hours of the video’s release without mentioning the Baers by name.  “Major League Baseball is aware of the incident and, just like any other situation like this, will immediately begin to gather the facts,” the statement read. “We will have no further comment until this process is completed.”

In 1992 Baer helped form the ownership group that kept the Giants from moving to Florida.  Twenty years later he became the team’s CEO in
2012 and was at the helm for two of the team’s three recent parades down Market Street with World Series titles in 2012 and 2014.

Since the August 2015 implementation of MLB’s Joint Domestic Violence, Sexual Assault and Child Abuse Policy, the league has investigated 11 players, but Baer will be just the third white man and the first major league executive to face investigation for domestic violence.

The policy puts him on equal footing with players when it comes to punishment, but it remains to be seen how MLB Commissioner Rob Manfred will apply the rules to him. Whether it’s the Giants organization or MLB, discipline for Baer should be swift, harsh and precedent-setting. Just as there is no room for domestic violence on the baseball field, it should have no home in the owner’s suite either.

A series of statements trickled out from the Baers in the hours that followed the assault in Hayes Valley Friday. Through press releases they
expressed regret and embarrassment, assuring the public that Pam was not injured and that she simply lost her balance trying to stand up in the course of a dispute over the executive’s cell phone.  The viral video contradicts this characterization, however, as it appears she had no time to even stand before Baer lunged at her.

“Regrettably today we had a heated argument in public over a family matter,” an initial joint-statement from the couple read. “We are deeply
embarrassed by the situation and have resolved the issue.”

Later Baer issued an individual statement apologizing to his wife of 29 years, their four adult children and the Giants organization, referring to
his actions as “inappropriate” and vowing to never behave that way again.

Generally, players in violation of MLB’s domestic violence policy are disciplined in the form of suspended games. San Diego Padres pitcher
José Torres was investigated in 2018 for allegedly knocking a door off its hinges and pointing a gun at a woman, and he was suspended a record 100 games. Houston Astros pitcher Roberto Osuna was suspended 75 games last season for assaulting the mother of his 3-year-old. Colorado
Rockies shortstop José Reyes allegedly grabbed his wife by the throat in a Maui hotel room and slammed her into a sliding glass door, earning
him a 51-game suspension in 2016.

But Baer is different on three major accounts.  Unlike most others domestic violence incidents the league has investigated, his assault was
caught on camera and occurred in public with witnesses, many of whom have been interviewed by San Francisco Police. He’s also an
executive, the face of the ownership group since 2012. But most notably, when it comes to discipline, his work is measured in days not games.

Baer’s fellow executives likely spent much of the weekend coming up with a plan of action moving forward. The Giants sent out an early morning press release Monday announcing that Baer had requested personal time away from the team, effective immediately. The organization framed it as though the leave of absence was at Baer’s discretion, but public opinion would’ve likely made any bid on his part to stay untenable anyway.

It’s been a difficult offseason for the Giants.  The team’s majority-stake owner Charles Johnson was found last fall to have donated to a
Super PAC responsible for a Tennessee political ad that referenced lynching and was deemed racist by many. Former owner Peter Magowan
and Giants legends Willie McCovey and Frank Robinson all died in the last four months. And with the hiring of a new president of baseball
operations in Farhan Zaidi, and longtime manager Bruce Bochy in the last season of his contract, it seems the team is undergoing a changing of the guard.

The Giants should note the bearing of the wind and give Baer’s vile behavior the response it deserves by sending him on his way.  No honors, no farewells, no fanfare and no more parades.