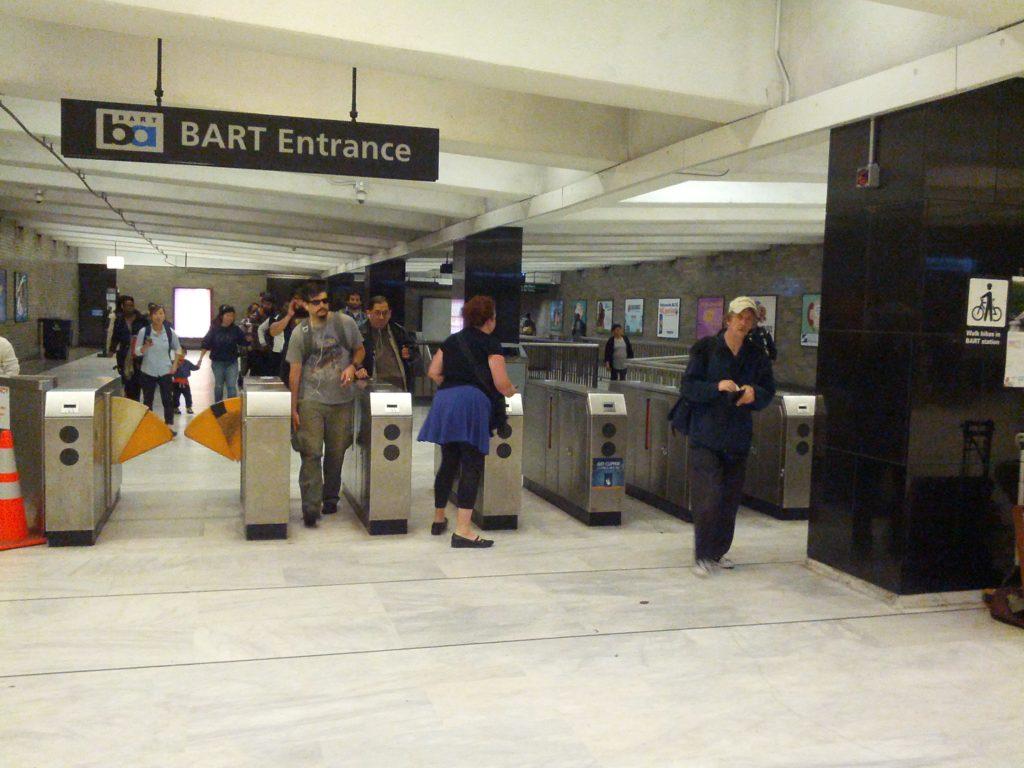 Photo by Eric Fischer via Flikr.

BART resumed service after a computer glitch prompted a system-wide power outage Saturday morning, halting all trains for hours until power was restored.

BART released a statement on their website saying the power was down at 5:42 a.m. Stations reopened by 9:09 a.m., but provided limited train options, forcing passengers traveling between Daly City and Millbrae to take a shuttle bus. Service to San Francisco International Airport was suspended completely.

“It was very inconvenient because I was going to miss class,” Medina said. She got to the BART station at 7:20 a.m only to find it closed.

“I went to the BART website to see why BART was closed but they had nothing on there,” Medina said.

BART posted on Twitter at 6:05 a.m. alerting passengers. According to a BART release, the agency failed to put out alerts earlier due to the technical issues.

The shutdown occurred after BART workers in Oakland encountered problems overnight with BART’s traction power supply. Traction power funnels energy to the trains and controls the routing systems that determine a train’s path and orientation.

The power loss followed a network failure at 2:45 a.m. BART said in their release that it will perform an analysis over the next several days to determine the cause of the power outage.

For alternate routes when select trains are down, BART recommends travelers use the trip planner at bart.gov.