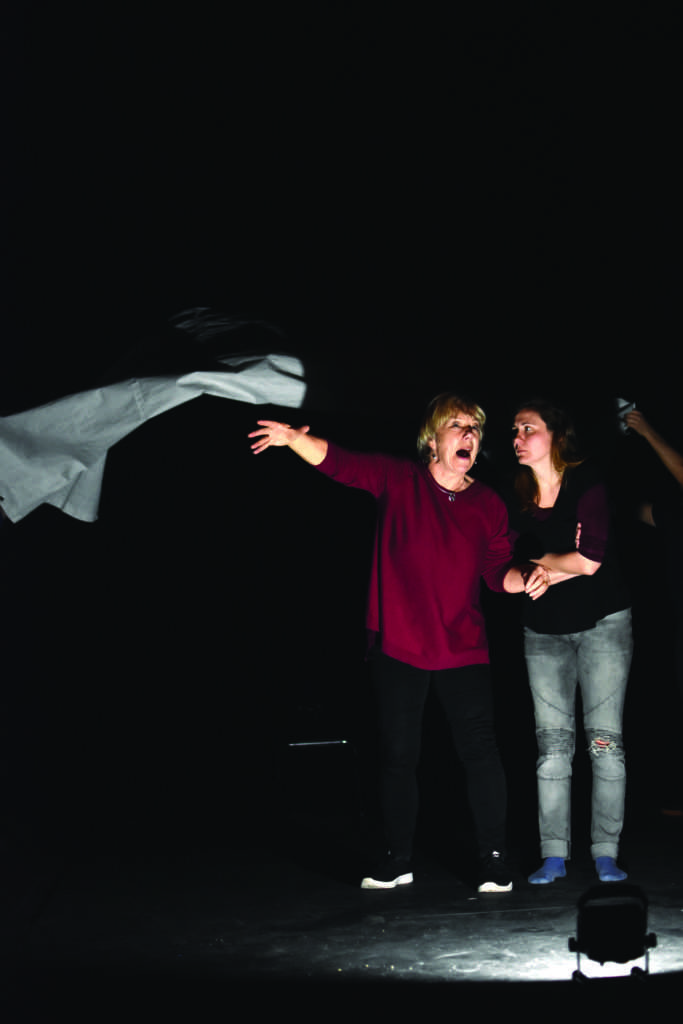 London actors visited SF State to share the timelessness of Shakespeare and teach a new style of acting.

According to their website, Actors From The London Stage is one of the oldest established touring companies specializing in Shakespearean theater. The London-based company was developed by professor Homer Swander of UC Santa Barbara and British actor Patrick Stewart.

The company tours 16 to 20 U.S. universities each year so that the actors can reach American audiences and provide workshops to students and faculty throughout the nation.

In their visit to SF State, AFTLS conducted workshops on movement, theater history and the method behind AFTLS production. The company also held three performances of “King Lear,” the last of which they performed March 9.

The company has just five actors and no director, which is a distinguishing characteristic according to AFTLS actor Richard James-Neale. They also do not use on-set scenery or costumes, and only use a handful of props. Because of this minimalist approach, actors play multiple roles.

“We have to be able to fit everything in a suitcase,” AFTLS actor Fred Lancaster said.

Because of this different theater-style, the company had a chance to teach SF State students about quick character transitions and role swapping.

Clint Sides, a theater student at SF State, attended both the play and a workshop and saw the five-person gig as an inspirational challenge.

“It’s kind of a difficult play, even if you study it or learn parts of it, there’s so much going on and so many characters,” Sides said.  “Bringing it in as a five-person play, where each of them can play multiple roles and define who they are by a single prop, worked so well for me.”

One workshop Sides attended emphasized how to transition quickly from one character to the next. Though challenging, Sides found it was possible to execute this style of acting.

“It’s important to be open to trying new things in Shakespeare,” Sides said. “It’s very challenging to address different roles and do them in the way that they are presenting them.”

Kurt Daw, SF State theater professor, appreciates the company’s knowledge of Shakespearean plays and believes there is something for everyone in Shakespeare.

“This is our common heritage, we need time to remind ourselves right now particularly that we have things in common,” Daw said. “I think this is a great show to do that with and a great group to teach us.”

“These plays were written over 400 years ago, but we recognize them as being very modern today because humanity is essentially the same,” James-Neale said. “We all have the same flaws, strengths and fears, and those are the things that connect us all as a species and we can all celebrate each other.”

Daw describes how through AFTLS’ interactions with students, he realized the impact of professional instruction on students in improving their theater skills.

Daw said, “I learned how good our students are, how fast they can learn and how much they can observe when they get a chance to work with really great professionals.”