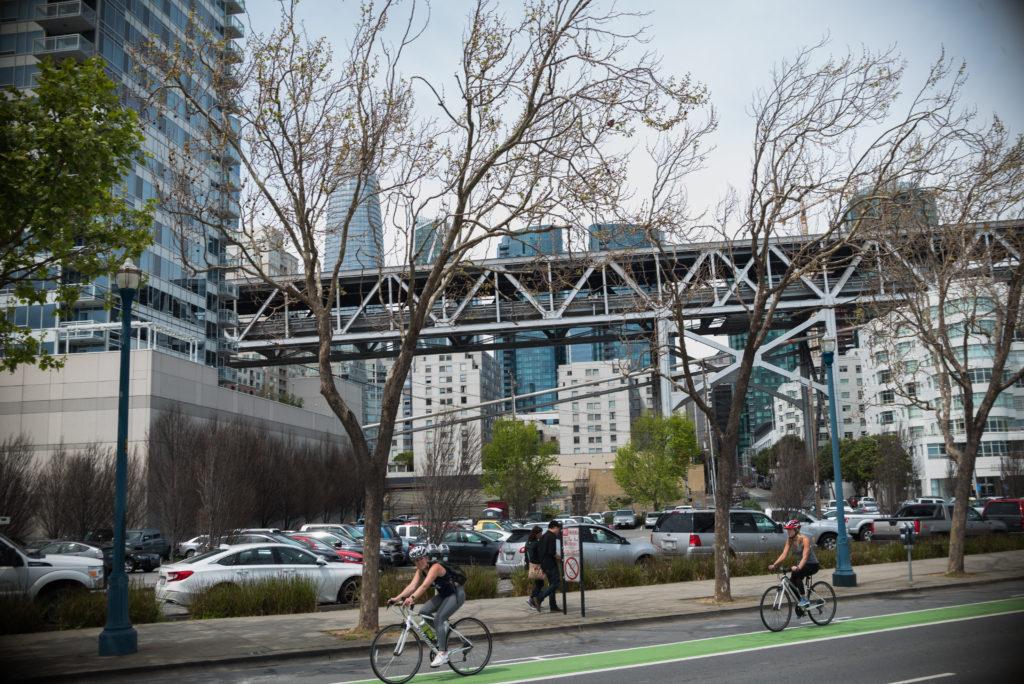 A proposal to build a Navigation Center for the homeless along San Francisco’s Embarcadero waterfront led to two public meetings on March 12, with many residents speaking out against the shelter’s future location.

Hundreds of community members gathered at the Port Commission meeting and Delancey Street Foundation to hear about plans to build a Shelter and Access for Everyone Navigation Center at Embarcadero Seawall Lot 330. Among the speakers was the mayor’s homelessness policy advisor Emily Cohen.

“As everyone in this room knows we are facing a crisis in our community of homelessness,” Cohen said. “It impacts every neighborhood. We have on any given night— about 7,500 people experiencing homelessness.”

About 4,300 are currently living throughout the streets of San Francisco according to Cohen.

The SAFE Navigation Center is a temporary facility for people facing homelessness. It will operate 24-hours for daily check-ins and will provide services like food, health care and counseling. The center is anticipated to have between 125 to 225 beds, according to Cohen.

Residents agreed the influx of homelessness in San Francisco needs to be addressed, but some said they were concerned about the new shelter and the effect it would have on tourism.

“I am for it [the Navigation Center] but not at that location,” said Erena Gordon, a resident who currently lives a few blocks away from the site for the past 28 years.  “It’s a big tourist area where people from all over the world come from. They don’t go and build anything on Pacific Heights where all the wealthiest people live.”

“There is a shortage of affordable housing all throughout the Bay Area,” Foote said. “Navigation Centers are desperately needed.”

The center is designed to match people with necessary services from drug rehabilitation to medical care, according to Foote.

Director of Homelessness and Supportive Housing Jeff Kositsky said the Navigation Center in the Mission District served nearly 70 percent of the homeless population in the area and there was a “dramatic reduction in the numbers of tents in the district”.

Some residents said they opposed the Embarcadero Navigation Center because homelessness may increase crime in the neighborhood.

“This I do not support,” said attorney Robert Arnes during public comment. “I have two wrongful death cases that I am prosecuting for family members that were killed by homeless people.”

San Francisco Police Department Cmdr. David Lazar said during public comment the city is committed to keeping the surrounding neighborhoods safe by increasing patrols, informing the homeless about the Navigation Center and transporting them there.

“We believe homeless people are the experts on homelessness and should be at the table,” Lew said.

Nadya Williams, an active member of Veterans for Peace said that many of the homeless on the streets are older veterans who “protected and served our country” for many years and that this is our time to protect them.

“When neighborhoods of [well-off] people who own property have the NIMBY attitude ‘Not In My Backyard,’ they are thinking of their own little world and not about [people in need],” Williams said.

“There’s people who have very strong feelings in both directions,” said Perry Wexelberg, who works along the Embarcadero at 450 Architects. “There’s a lot of misconceptions about what homeless people are, what the Navigation Centers do and what kind of effects it will have on the neighborhood.”