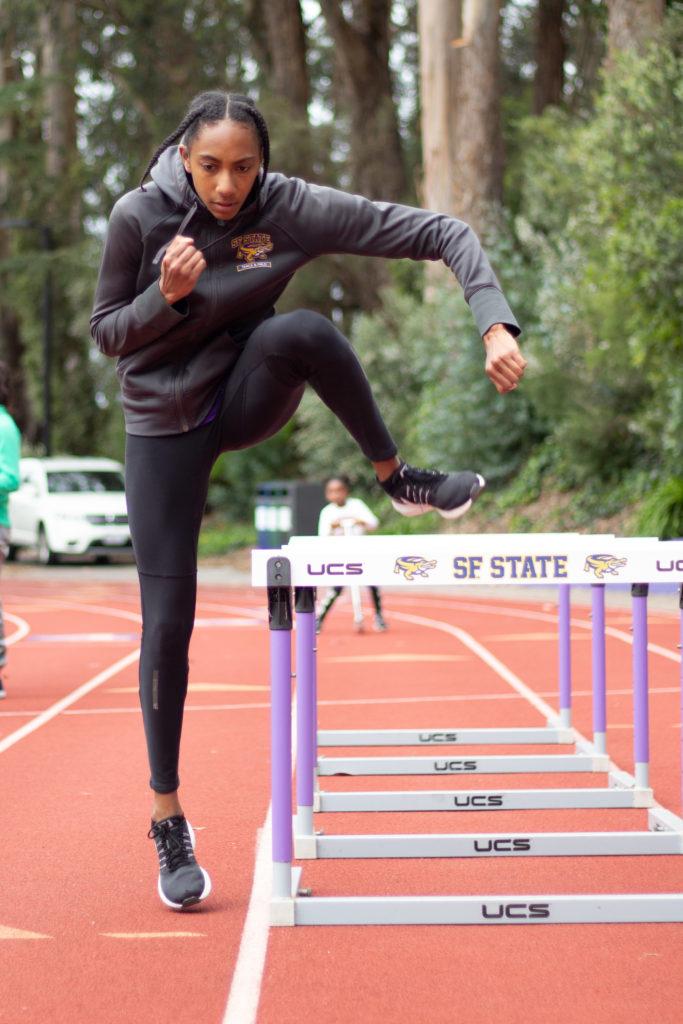 It was an eventful spring break for Gator athletics, with many track and field athletes setting  personal bests, baseball losing the top spot in CCAA standings and softball’s underwhelming performance at the Stanislaus State Tournament of Champions.

Track athletes had a rather busy weekend as the women’s team competed in both the Mike Fanelli Classic at Chabot College and the Stanford Invitational at Stanford University.

Many of the athletes on the women’s team clocked season-high marks, including senior runner Alexis Henry, whose personal best time of 24.31 seconds in the 200-meter event was good enough for fourth in the nation at NCAA Division 2.

Senior jumper Devanique Brown hit the second-best measure of 12.03 meters at triple jump, which was also a personal-best and lifted her to the 15th spot in the national rankings.

Although junior runner Bibiana Enriquez could not make top-30 at the 1500-meter event with her time of 4:39.16 minutes, it was still good enough for the fifth-best time in Gator history, landing her a Gator of the Week honor, according to the official SF State Athletics website.

Men’s runners, while unable to match the women’s team’s pair of top-10 finishes, did land some solid performances at the Mike Fanelli Classic.

Freshman runner Jake Garrissere nabbed a top-30 finish at the mile-run event with a time of 4:41.70 minutes, and freshman runner Joey Manahan finished with a top-20 time at the two-mile run.

Gators baseball jumped out in front and maintainted control of CCAA up until last week, but they saw their reign over the CCAA slip to UC San Diego over the spring break.

They are coming off a split four-game away series against the Cal State LA Golden Eagles, and they took a 14-3 drubbing from Cal State LA in the final matchup.

With 12 errors over the span of four games, the Gators constantly found themselves in troubles of their own making. Five of those errors came in the final tilt with LA.

Errors have been hampering the Gators quite a bit lately, and they rank second worst in the CCAA with 50 on the season, only six fewer than the Golden Eagles.

As the Gators prepare for a weekend three-game home series starting Friday, April 5, defense is on the team’s mind.

“Defense will always be a focus of our practice plans,” SF State coach Tony Schifano said.

Some defensive tuning would make the top-three CCAA batting squad even more dangerous.

The Gators started out the 2019 Tournament of Champions at Stanislaus State with a very dominant 11-4 opening victory against Simon Fraser University.

But they did not have the same success against the fifth ranked NCAA Division II squad Concordia, losing the battle 7-1. The Gators followed the defeat by dropping another game to Western Oregon 4-2, before finding their way back to another victory against Hawaii Pacific, beating the Sharks 7-3.

To close out their tournament-play, the Gators lost a close one to Dominican University of California, 6-5, squandering a 5-0 lead that they carried into the sixth inning. Dominican University started its comeback in the bottom of the sixth, took hold of the lead in the seventh and never relinquished it.