University prepares for the ‘big one’ 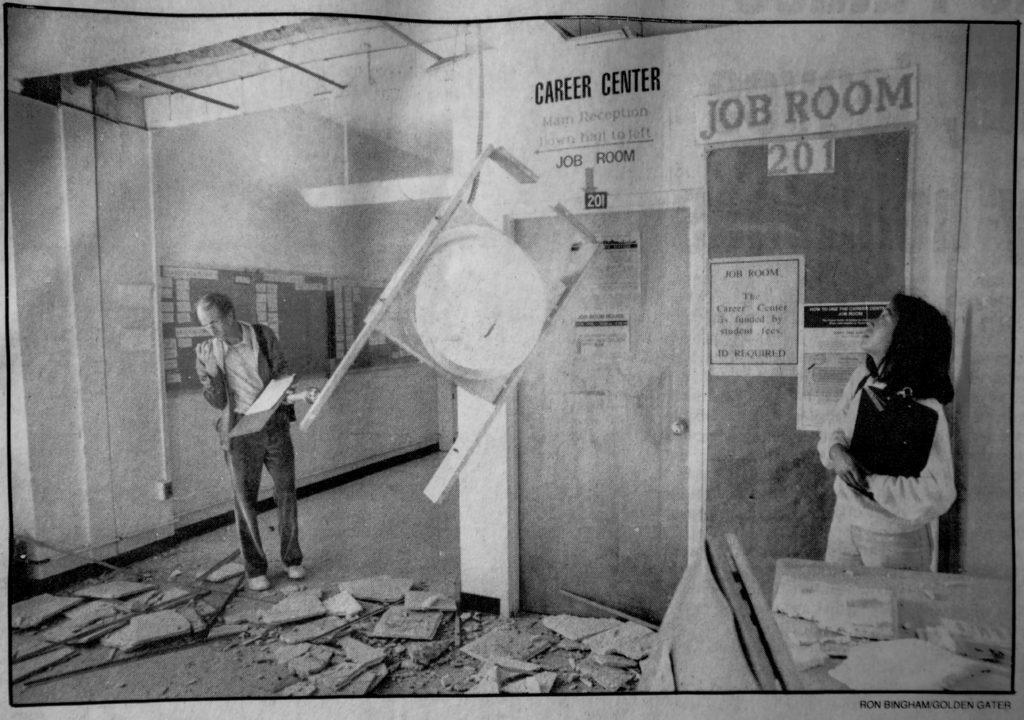 In the event of a major earthquake, the nearly 30,000 students at SF State, as well as the University faculty and staff, may be unprepared.

SF State Health and Safety Manager Jeff Madigan said buildings on campus have a designated emergency manager for such situations, but only in an informal capacity.

“All buildings have a Building Emergency Response Coordinator (BERC) who is responsible for directing all activities within the building until UPD arrives,” Madigan said.

According to a source in the Environment, Health and Safety department, BERCs are appointed on a volunteer basis and have no official requirement in their job description to supervise a building in the instance of an emergency like an earthquake.

University Police Chief Jason Wu said, “The priorities of SF State during an earthquake (or any emergency) are the protections of lives and care of the students, faculty, staff, and visitors of the campus community and campus property.”

The SF State is in a high risk earthquake area because of its proximity to the San Andreas fault and Hayward fault lines.

According to the United States Geological Survey (USGS), the San Andreas fault line runs through Daly City and north past Ocean Beach. The San Andreas fault system also includes the Hayward Fault line along the East Bay hills, which the USGS warns is likely to significantly
shift in the near future.

Engineering professor Jenna Wong specializes in earthquake engineering and said most modern buildings at SF State are designed for collapse-prevention, but lamps fixtures, ceiling panels, shelves, walls and blocked exit paths are safety concerns in the immediate aftermath of a major earthquake.

“As engineers, we have moved forward and we’re recognizing that not only is the structure important, but also the contents,” Wong said.

Despite no mandatory earthquake safety coordinators, students interviewed by Xpress said they feel safe at SF State if there were an earthquake.  Studio arts major Phoebe Mellanson said she knows what to do in an earthquake, but her confidence comes from training
she received before coming to SF State.

“For the most part I would probably feel most safe in the infrastructure of the school over my home,” Mellanson said. “I would have the feeling that the school is a bit more equipped for earthquakes.”

College of Health and Social Sciences Samantha Ward said there are optional training programs offered for faculty about once a year through the Environmental, Health, and Safety department (EHS), but most faculty have not been through any kind of emergency training at SF State.

“They’re not mandatory,” Ward said. “Our biggest problem with getting the meetings together is we don’t have enough people willing to participate and it can’t be made part of someone’s job formally.”

She said the Chancellor’s Office would have to bargain with the California Faculty Association to add any mandate to the union’s collective bargaining agreement.