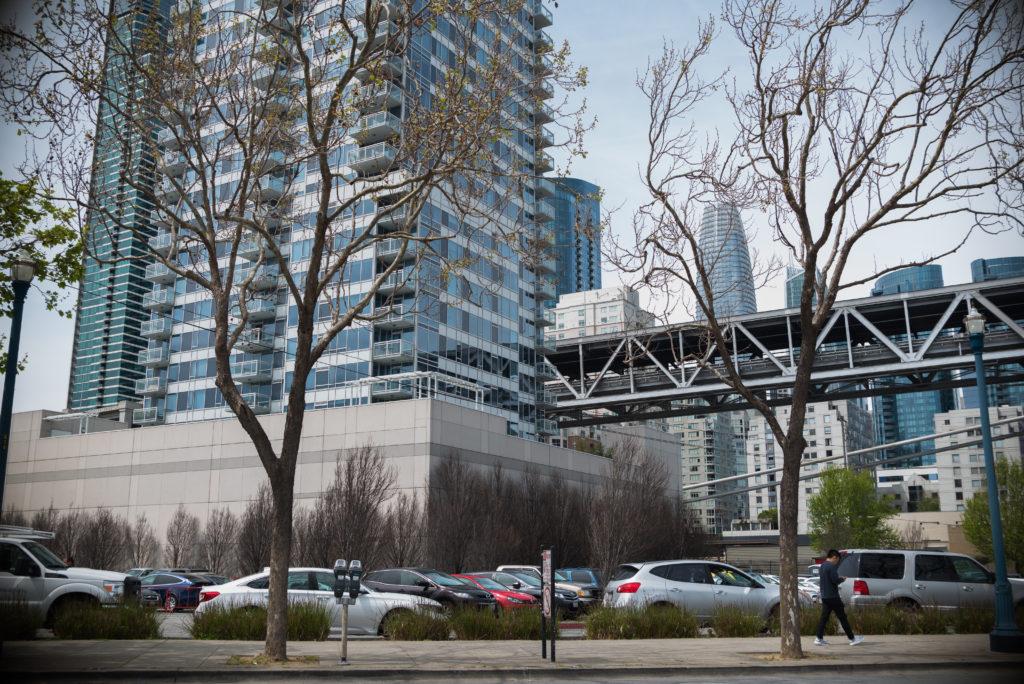 The location of SF Mayor London Breed's proposed Navigation Center in the Embarcadero of San Francisco, Calif., on Monday, April 8, 2019.

A controversial effort to build a homeless Navigation Center along the Embarcadero waterfront triggered fierce opposition from residents since the plan was first introduced by Mayor London Breed in March.

Breed proposed to build a 225-bed shelter in one of San Francisco’s most renowned neighborhoods on March 4, which resulted in several heated meetings between supporters and opponents of the center. Some community members booed and criticized Breed at the Delancey Street Foundation on April 4 as she spoke out in favor of the plan.

Several neighbors opposed the expedited process of approving the site and the lack of outreach to the surrounding community. Some said they were worried about the types of people the center will bring into their family-oriented neighborhood.

“I think when you have a child you really need to think about the safety,” said Wallace Lee, a South Beach resident who lives two blocks away from the proposed site. “And [the problem] with the Navigation Centers is that they allow drug users, but not drug use in the center, which means that [one-third of the homeless people staying there who] are expected to be drug addicts are gonna have to come out into the community [to use].”

Lee worried there will be an increase of drugs and syringes discarded throughout his neighborhood, and that there is potential for increased crime in areas with Navigation Centers.

South Beach residents created a GoFundMe page called “Safe Embarcadero For All” to raise funds to fight the proposal. The fundraiser’s legal counsel, Andrew Zacks, said his clients’ main concerns have to do with the location of the center.

“There are some significant legal questions about whether the city [is] actually allowed to put a Navigation Center on this particular site because of its unique legal status of it being under the jurisdiction of the Port,” Zacks said.

“I know for a fact that most of the community is against this particular Navigation Center,” Lee said. “We’ve been casted as people who don’t want to see homelessness, but really the issue is that we don’t want the negative effects of a Navigation Center [in a] family neighborhood.”

The continued fight against the center is turning dangerous for some residents. Several donors to the GoFundMe account said they received death threats through voicemail, according to NBC Bay Area.

In response to “Safe Embarcadero For All,” a GoFundMe account called “SAFER Embarcadero For ALL” was created by William Fitzgerald in support of the center. All of the donations will be given to the Coalition On Homelessness.

Coalition on Homelessness works to find permanent solutions to end homelessness by providing services that keep thousands of people off the streets.

“There is a huge need for shelter,” Coalition on Homelessness Policy Director Sam Lew said at the community meeting March 12. “There’s over 1,400 people who are consistently on the shelter waitlist and over 4,500 people living unsheltered on San Francisco’s streets.”

San Francisco resident Nicole Van Luven left a donation on the “SAFER Embarcadero for ALL” GoFundMe account, and said Navigation Centers helped her find sobriety when she was living on the streets.

“I used to be a homeless drug-user, but now I am someone people are proud to have in their community,” she wrote. “Without help, I never would have gotten to work with and beside the same NIMBYs that oppose this. I want others to have the [same] chance.”

As of April 9, “SAFER Embarcadero for ALL” raised more than $172,000 out of its $175,000 goal. Salesforce CEO Marc Benioff and Twitter CEO Jack Dorsey both donated large contributions to “SAFER Embarcadero For ALL” in support of the center.

“I am totally in favor of this [center], especially as someone who has been born and raised here,” Dale Smith said. “I’ve known people who have died on the streets and who are affected by this [epidemic]—to see some of these people talk [negatively] about [homeless] people this way is just disgusting.”