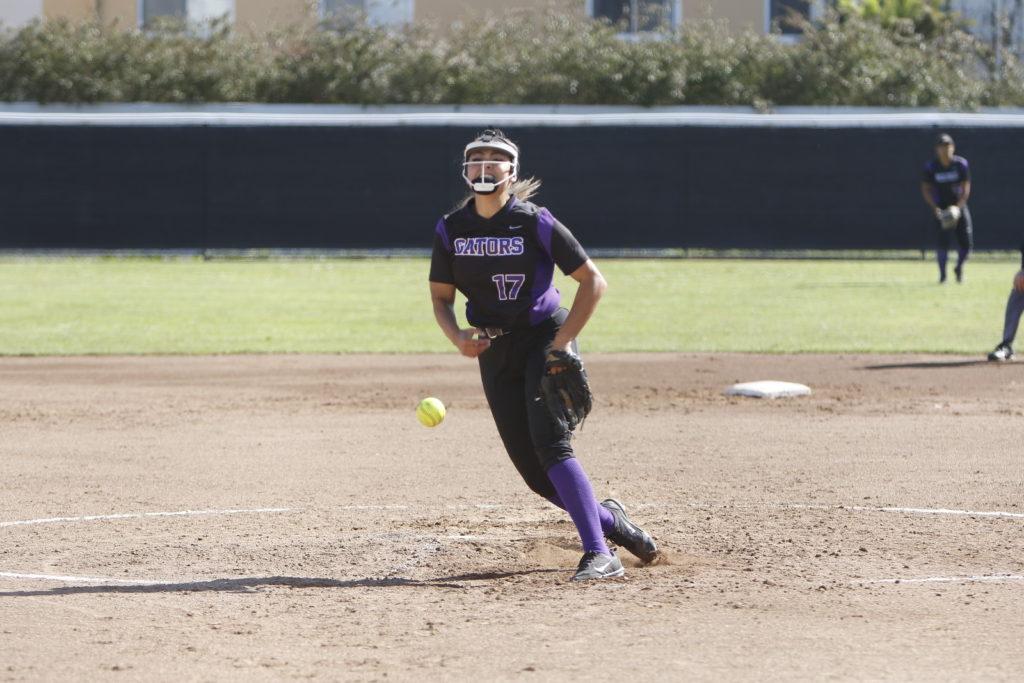 SF State won its first of two doubleheaders against Cal State Monterey Bay on Friday, April 12, winning their first game 4-3 and their second 7-1.

Utility junior Michelle Castro was key to both victories, notching a two-run RBI in the first game to give the Gators an early lead. She then followed it up with going 2-4, with two RBI in the second game.

The first game of the doubleheader went down to the wire, as the score was locked at 3-3 through seven innings.

The Gators took advantage of Otters’ starting pitcher Hayley Fein’s high 135 pitch count and loaded the bases in the bottom of the 8th before freshman infielder Lehua DeLeon brought in the game-winning RBI single.

SF State dominated in the second game, thanks in large part to senior pitcher Karla Soto, who pitched a complete game in addition to her three-inning save in the first game, allowing just one run.

“I was just keeping it low, Soto said. “I was hitting my locations; I think I missed one location and that’s the run that came in. I think I was just really hitting my corners today.”

“Karla pitched a great game,” head coach Alicia Reid said. “To come in and relieve at the end of that first game and then come in and pitch a full seven is not easy. She just beared down, dug deep. At the end of the game, she was getting a little bit behind, but she had trust in our defense to make the plays and get the outs.”

The pair of wins bring the Gators to a record of 28-15, their eighth straight.

SF State will look to continue their dominance and tie the program record with two more wins in their second doubleheader against the Otters on Saturday, April 13 at noon in San Francisco.