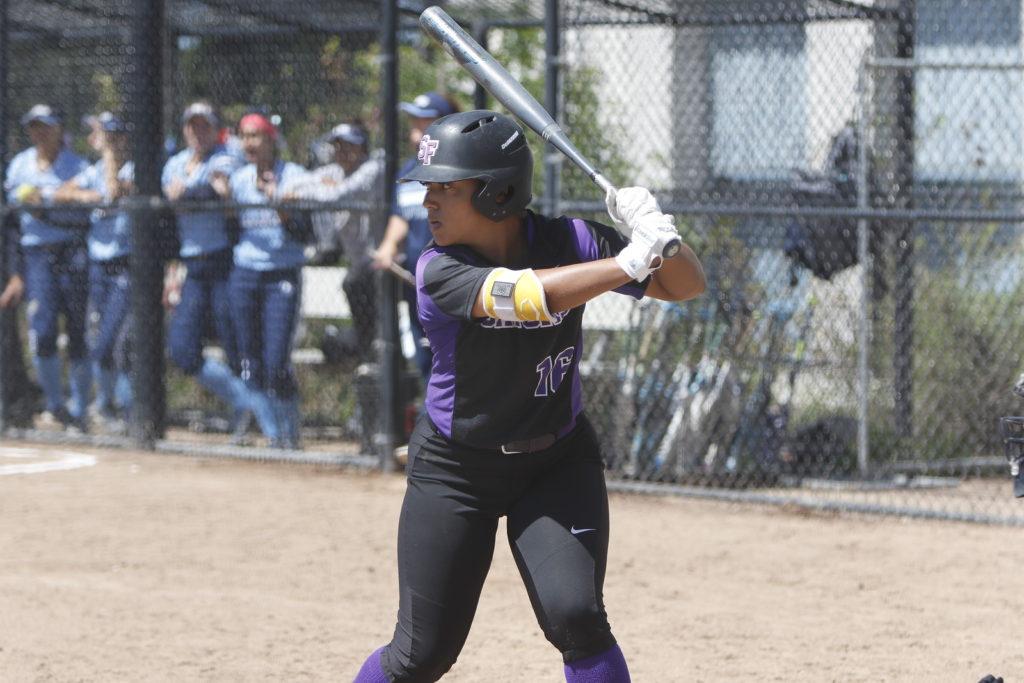 The SF State Gators defeated the-then No. 2 team in the standings, Sonoma State 9-0 in six innings at the SFSU Softball Field on Tuesday, April 9th.

The Gators have now swept their last two opponents and are currently on a six-game winning streak.

The losses for Sonoma State has knocked them down to third in the standings (25-12) followed by SF State in fourth (26-15).

Before the doubleheader, SF State first had to play a continuation game against Sonoma State that was originally scheduled on Feb. 17th, but the game was postponed due to darkness.

The Gators trailed 14-8 in the bottom of the fifth.

“It’s challenging because it’s not something you have to do often,” head coach Alicia Reed said. “To have that much time between [games] can be challenging, but we came out from the tail end of that halted game and swung the bat well.”

The Gators were able to put runs on the board and cut into the six-run deficit but ultimately fell 12-17.

However, SF State quickly bounced back the next game and was led by the stellar performance of starting pitcher Emily Mitchell, who allowed no earned runs on five hits. The right-hander has allowed only one earned run in the past four appearances. Her record improved to 9-9.

“We wanted to run rule this team,” Mitchell said. “I just tried to hit my spots. The first game I played against them didn’t go well and I just wanted to avenge it.”

Sonoma State could have gotten more hits out of Mitchell if it wasn’t for the stellar defense by centerfielder Brylynn Vallejos who made two diving catches.

“I’ve always been taught you don’t know if you don’t try,” Vallejos said. “I’ve always tried to dive for everything that I can, even if I miss.”

Lehua DeLeon made an incredible stop on defense where she dove on the ground then flipped the ball to first for the out.

“I’ll do anything for [the team],” DeLeon said. “I’ll help Emily [Mitchell] the best I can whether it’s diving or laying out for her.”

Entering the bottom of the fifth inning, the score was 3-0, the Gators were able to put four runs on the board making it 7-0.

In game two, the Gators won 3-0 — another back-to-back shutout game for the Gators, the first since 2013.

Starting pitcher Karla Soto allowed only three hits and a strikeout, which improved her record to 12-4.

With one on base, Nina Revoir shot a two-run homer in the bottom of the first, giving the Gators a 2-0 lead.

The Gators would score one more time and sweeping the rescheduled games against Sonoma. The pair of wins also gives Coach Reid her 50th career wins as coach of the Gators.

The Gators will next face Cal State Monterey Bay on April 12th at 1 p.m. and 3 p.m. at the SF State Softball Field where they will look to continue their winning ways.