Softball picks up first 30-win season in a decade 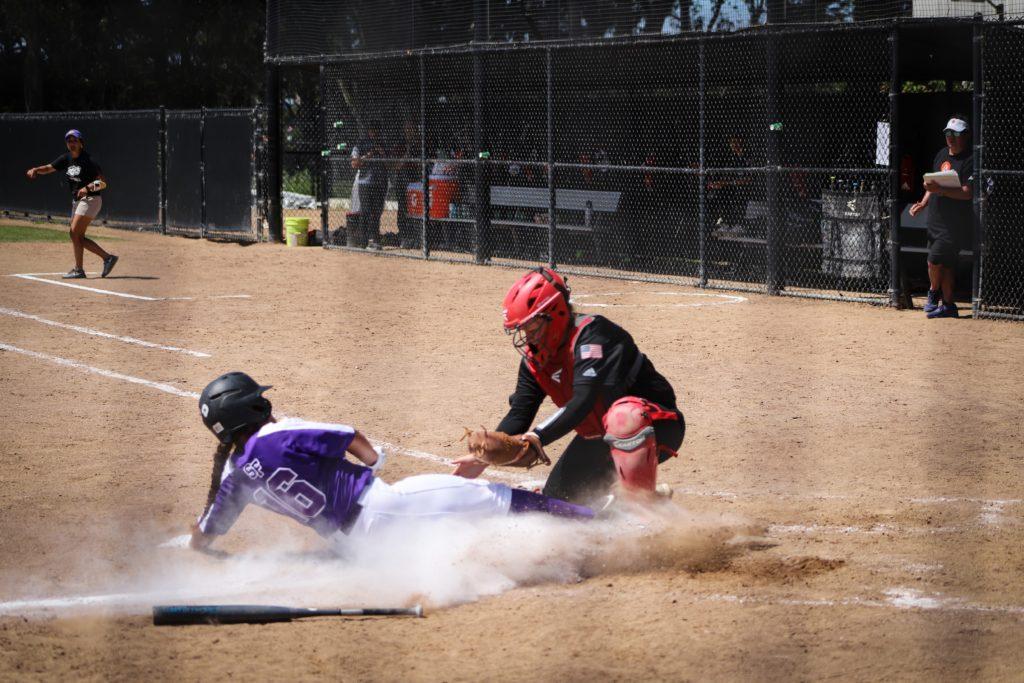 The SF State softball team won both games against the Academy of Arts University this past week and have now won 11 of their last 12 games.

The first game of the doubleheader demonstrated just how lethal the Gator’s offense could become, as they won 8-0 behind Emily Mitchell’s five scoreless innings. Mitchell recorded her 11th win of the season and the offense provided plenty of run support.

The Gators took an early three-run lead in the third inning and Katelyn Sturm added insult to injury when she hit a two-run homer to left field.

Sturm hit her fourth home run of the season to go along with her three RBIs and Nina Revior went 3-for-4 at the plate. With only six games remaining on the schedule, the offense appears to be to be stepping it up at the perfect time.

The offense erupted in game one, but the defense ultimately shutdown Academy of Art.

“We have a lot of depth on our team and a lot of players that we can move around in different positions and still keep going like a well-oiled machine,” said coach Alicia Reid, “We’re not going to put up eight runs a game so our pitching has to keep us in the game and we know we can rely on our defense when the offense has its struggles.”

Game two of the doubleheader was one of the games in which the Gators relied heavily on their defense. Karla Soto pitched a complete game and allowed only one run as the Gators took game two 4-1.

Soto is now 16-4 on the season and has continued to dominate this season. She controlled the pace of the game from the start and had confidence behind an early two-run lead in the second inning.

“I’m proud, but I wasn’t really impressed with our offense because we’re a really good hitting team and it’s something I expect us to do,” said Soto.

Academy of Art’s Lauryn Henderson hit a solo home run in the third inning and proved to be the only run produced in both games. The defense had Soto’s back all day, with Brylynn Vallejos making a diving catch in centerfield to end the third inning and Sydney Jenkins catching a baserunner stealing in the fifth inning.

“It feels really good as a pitcher when I’m struggling to find my zone and my defense makes it so much easier for me knowing I can just go out there and pitch,” said Soto, “Those diving catches, double plays, and my catcher throwing out runners is so clutch it takes a lot of stress off me knowing the defense has my back.”

Despite the third inning, Soto completed the game and the Gators now have their first 30-win season since 2009. The 31 victories are the fourth-most in program history.

The Gators now look forward to their next matchup against a struggling Dominican University. Dominican defeated the Gators earlier this season on a walkoff hit and handed Soto her third loss of the season, but Soto hasn’t forgotten.

“We need a sweep. We need those two wins,” said Soto, “We shouldn’t have lost that last game and it was an ugly loss. It shouldn’t have  been a close game and our goal is to put up the run rule. We want to show them they shouldn’t have taken that win from us.”

The Gators still have a bitter taste in their mouth from their game against Dominican, but you can expect them to come out ready and with a vengeance.

“We lost to Dominican earlier this season and we need to continue to play well. Every game is important down the stretch.” said Coach Reid.

Playoffs start in less than two weeks and the Gators are looking to take this momentum into the postseason.