‘Avengers: Endgame’ is an epic finale that will define an era (non-spoiler review) 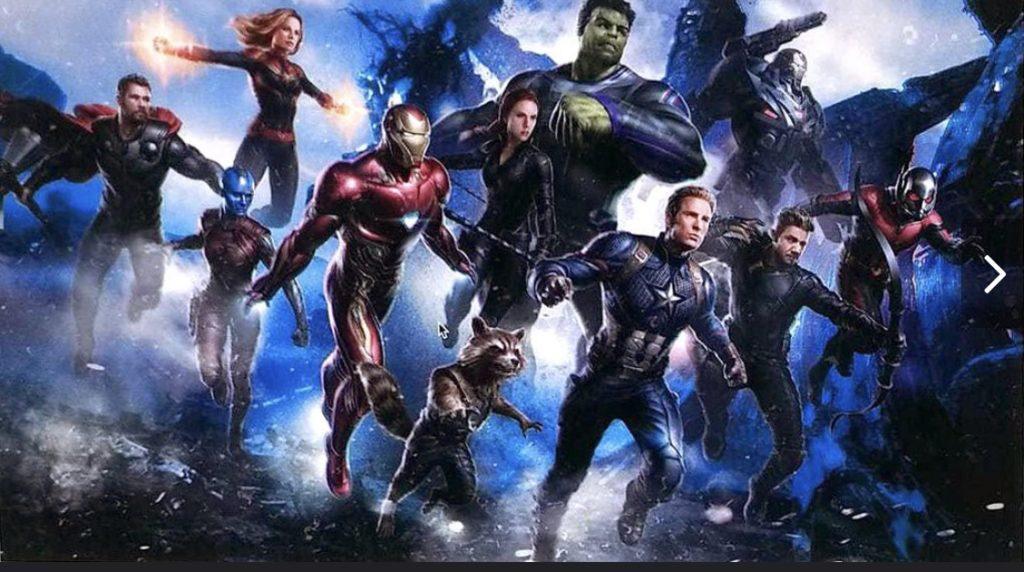 “Avengers: Endgame” is truly a bookend to the epic saga that has been the Marvel Cinematic Universe.

That is not to say the film leaves you feeling there are no stories left to tell. Quite the contrary: you’ll leave the theater wanting even more (and rest assured, Disney will likely keep pumping out these movies for the rest of the century, or until the AIs take over—whichever comes first). But it carries a legitimate finality to it. The stakes are the highest, the battles are the most epic and no stone (pun intended) is left unturned.

There are small moments that the biggest Marvel diehards will notice and adore—your one friend who actually likes “Thor: The Dark World” will even get a few nuggets to cherish—and there are huge moments that even a person who was dragged to the theater unwillingly can’t help but cheer for.

Yet the film isn’t all cheers. The first third of the film is actually a quiet, somber drama that is intentionally slow-paced. The trauma from the aftermath of “Infinity War” is palpable, as it should be, given the scope of Thanos’ snap.

Directors Anthony and Joe Russo and writers Christopher Markus and Stephen McFeely no doubt borrowed from the HBO series “The Leftovers,” which deals with the aftermath of a similar traumatic event, as those who remain mourn those who spontaneously vanished. This depressing tone gives the A-list cast a chance to show off parts of their acting chops that aren’t often necessary in the campy, quippy world of the MCU.

Robert Downey Jr. in particular digs deep for a nuanced and aggressive performance. It wouldn’t be the biggest surprise if Oscar voters rewarded Downey for his 11 years of “Iron Man” service with a best actor nomination, given the recent trend to better recognize popular films.

Once “Endgame” has sufficiently depressed its audience, the film then returns to what makes the MCU great: a team-up adventure filled with action, laughter, camaraderie and a whole lot of meta commentary. The self-awareness that the MCU really began to adopt in phase three of its films was on full display in “Endgame,” thanks in large part to excellent comedic performances by Paul Rudd, Chris Hemsworth and Mark Ruffalo.

The final act of the film is almost impossible to discuss without spoiling anything, but let’s just say that it’s everything a nerd could’ve possibly asked for. No expenses are spared in terms of fan service. Everything you’ve ever wanted to see your favorite hero do, they do. Things you never thought were possible are suddenly happening, and in rapid succession. The three-hour runtime is hardly noticeable, at least upon first watch, because of the rapid pace of this third act.

By the end, you’re emotionally spent in more ways than one.

Like “Infinity War” before it, “Endgame” cannot be judged by normal film standards. It transcends the traditional archetypes of the moviegoing experience—it is a spectacle, a chunk of monoculture in a world that can’t seem to pay attention to a single piece of art for more than a day otherwise.

Sure, it’s a great movie, too big to fail and too enormous to miss. Both the filmmakers and the actors have had such a long time to perfect these characters and give them well-earned arcs that this, the ending, almost feels like the easy part—the downhill portion of the race. But this film will truly be judged on its resonance.

Does it have the instant quotability, the rewatchability, ney the meme-ability, to sustain its monoculturalism? It’s a bit poetic that this film should be released the same weekend as one of the final battle episodes of the HBO epic “Game of Thrones,” Marvel’s TV equivalent in terms of fan obsession and national discussion. These moments of singularity in culture are becoming fewer and far between as the things we love come to an end, at least in the forms with which we’re familiar.

As long as we continue down this path of capitalistic consumption of media, a few more of these moments are bound to pop up. But there’s nothing quite like seeing something end for the first time.