Youth basketball coach and rapper make for a unique mix 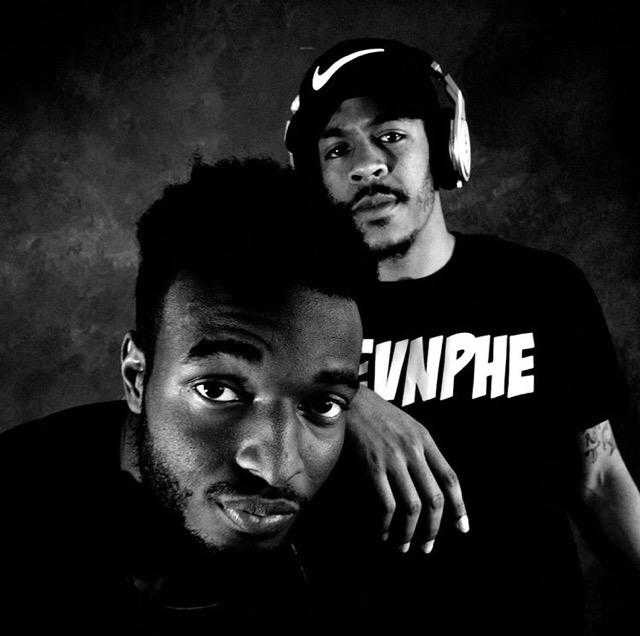 Kevin Darnell Bridgeforth Jr., 30, is a family man, youth basketball coach and is the second half of the hip-hop duo – with his music partner and dear friend, Greg Montgomery, who goes by Phe – that make up Kevnphe (pronounced “Kev” and “Fee”).

Bridgeforth recently moved to Sacramento, Calif. to pursue music and coach basketball, but admits to the difficulties in being apart from his musical partner. Besides working hard in the studio, you can find Bridgeforth coaching seventh-graders for the Vista Talons AAU boys basketball team in Folsom, California.

“This past season was my first year coaching Vista Talons,” Bridgeforth said. “This was a program that I was introduced to by one of my friends. It was one of those things where I didn’t really know what to expect going in, but the program has been nothing but love, they welcomed me and the family.”

He graduated from Virginia Wesleyan University and played college basketball under coach Dave Macedo, whom he praises for showing him the way.

“A lot of the stuff that I’m able to give to the kids and implement it to this new program, I was able to soak up from being a player, being an assistant coach right alongside of him [Macedo],” Bridgeforth said.

Kevin Powers, vice president of the Vista Talons AAU basketball team, considers himself blessed to have Bridgeforth coach the seventh-grade boys team this year. “Kev brought a passion and energy to teach not only basketball but how to work together as a team,” Powers said, “His work ethic carries over to the boys in practice as he preaches, ‘no effort in practice, you won’t see results in the games.’”

Bridgeforth understands the significance of a mentor, the role that it plays and the way that influences the lives of the kids. “Now that I see what I’m teaching them come into fruition right before my eyes, I know that all this stuff that I’m able to give to the kids is actually helping,” he said. “It’s turning them into, not only into better players, but better people. That’s the biggest thing to me, basketball is just a vehicle.”

When he isn’t coaching, he spends his time in the studio producing music with his consort, Montgomery.

Montgomery attended Morgan State University in Baltimore, Md. for a year, away from Kev who was still in Virginia Beach. “We both ended up transferring to Virginia Wesleyan in 2011,” he said. “We both ended up playing basketball and that’s kind of where the whole thing started.”

Freestyling in the locker room before and after practices was the beginning for the duo.

“A lot of freestylin’ either for our teammates or anybody that was passing through, whether it was in the dorms, locker rooms or whatever,” Bridgeforth said. “Then a couple of our teammates pushed us to want to pursue it and make it more than just a hobby.”

2011 was when they started to upload music on SoundCloud and had their first paid show at their university where they graduated.

In 2014, they released their first full-length project, “The Interview”. “That was the first time we sat down and put together a project, the content, track listing, whether there were features or not – just the whole idea of the project,” Bridgeforth said.

The following year, Kevnphe signed a management deal and released a single under that deal titled, “Run.” Unfortunately, the deal didn’t work out, with the duo going back to their original team. “Of course, we have others that we create music with,” Bridgeforth said. “There’s actually four of us, Milt, is a huge part of that four and of course there’s Alaina Jordan. Right around the time that we got out of that project we really got in and started creating music with Alaina Jordan who can be heard on the project ‘Sinners Dream Too.’”

T.J. Hollis works with Kevnphe as an engineer, and is also a good friend, who praises Bridgeforth about his work ethic and the method to his madness. “Kev is a really humble guy, man. With him doing sports, it kind of turns over into his music work-ethic,” Hollis said. “If I send him a beat today, Kev will send me a verse probably by tomorrow morning – different files, all his files are organized too. Working with Kev, he’s just really attentive to detail and really cares about you.”

During 2015 and 2016 Kevnphe won Mic of the Seven Cities, a competition in the Virginia Beach area, giving them the chance to open for rap acts Rakim, Slaughterhouse and King Los.

Kevnphe is now managed independently under their own music label GIIANTS and released two mixtapes titled, “Run” and “Daily DOS.” The hip-hop duo hopes to book shows and talk at SF State to showcase their talents and their message.

You can find Kevnphe on SoundCloud and on his YouTube channel.