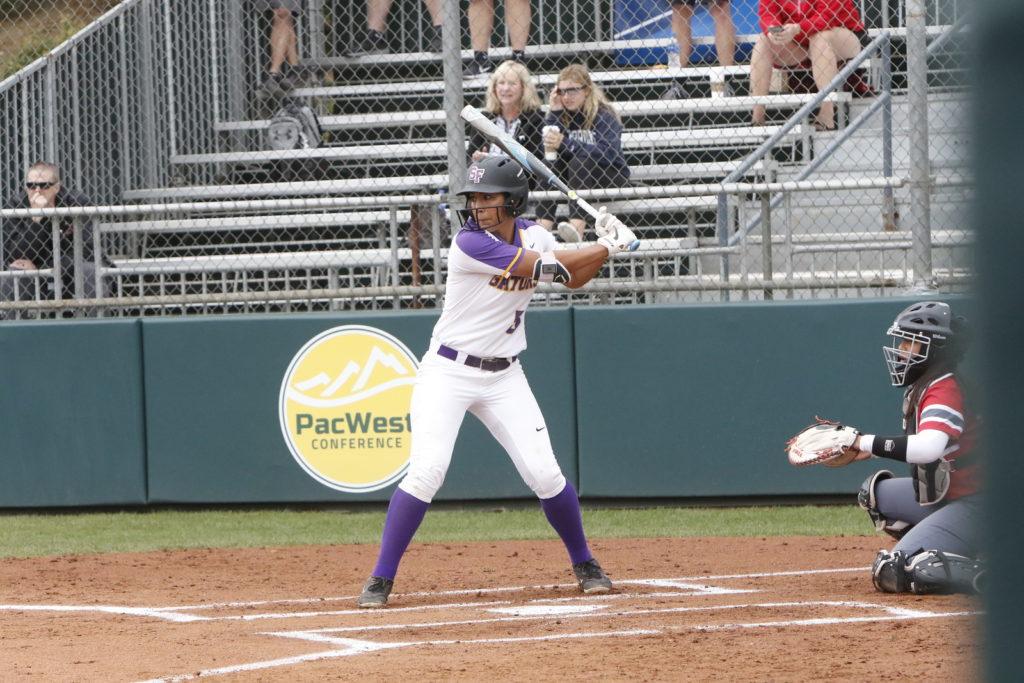 After a record-breaking year, freshman Brylynn Vallejos represented SF State on the national stage as she was selected as one of the 25 candidates for the 2019 Schutt National Fastpitch Coaches Association (NFCA) Division II Player & Pitcher of the Year.

“Brylynn is an amazing player,” infielder Lehua DeLeon said. “She’s the type of player that has so much passion playing this sport. She has the energy of wanting to take extra reps whether it’s hitting another ball or taking another ground ball or pop fly.”

Vallejos has shown maturity throughout her first season at SF State and has led the team in almost every major offensive category.

“She has a high potential for herself and for the team,” DeLeon said. “She is an amazing player because she not only cares about herself but her teammates too.”

The star freshman slugger has continued to focus on the team’s success and demonstrated how explosive this Gators team can be.

Vallejos finished with a top-20 batting average in the country (.456) and broke the program record for most hits in a single season. Aside from breaking team records, she finished the season with the third most hits in the nation.

Vallejos arguably had the best freshmen season in Gator’s history and is the only Gator in the history of the program to be listed on NFCA’s top-25.

Although this season came up short of a championship, there is much to be optimistic about. Vallejos has led by example and has set the bar for the team’s young core.

“There are times when I’m struggling at the plate and she would always tell me what I am doing wrong or tell me to breathe and take a break start over,” DeLeon said. “She has always been there for me. We always push each other to be the best.”

One of the hardest attributes to have in sports is leadership and it appears Vallejos was built for this role.

According to Vallejos, this dominant season was no surprise to her and she only expects to get better as a player and as a team.

“Coming into this program my goal was to break some records. I wasn’t sure when I would, but I knew that at some point in my career I was going to reach that goal,” Vallejos said. “Even though I had this amazing season my goals will not disappear. I will continue to try and be the best player that I can be and break some more records. I always have held high standards for myself and that is something that will never change.”

This season, the Gators finished 39-20, the most wins for the program in a single season since 2006. The team broke program records in hits, runs, steals, doubles and runs batted in.

Vallejos was considered as one of the 25 candidates for 2019 National Player of the Year. She is one of the eight finalists in the running for the 2019 Division II Freshman Player on the Year.

As the 2019 CCAA Freshman of the Year, Vallejos helped the Gators garner national recognition, receiving votes in the NFCA National Poll.

With half the team comprised of freshman this year, the Gators expect their self-motivating young core that includes Vallejos and DeLeon to return for the 2019-20 season and make a deeper run for both a conference and national championship.